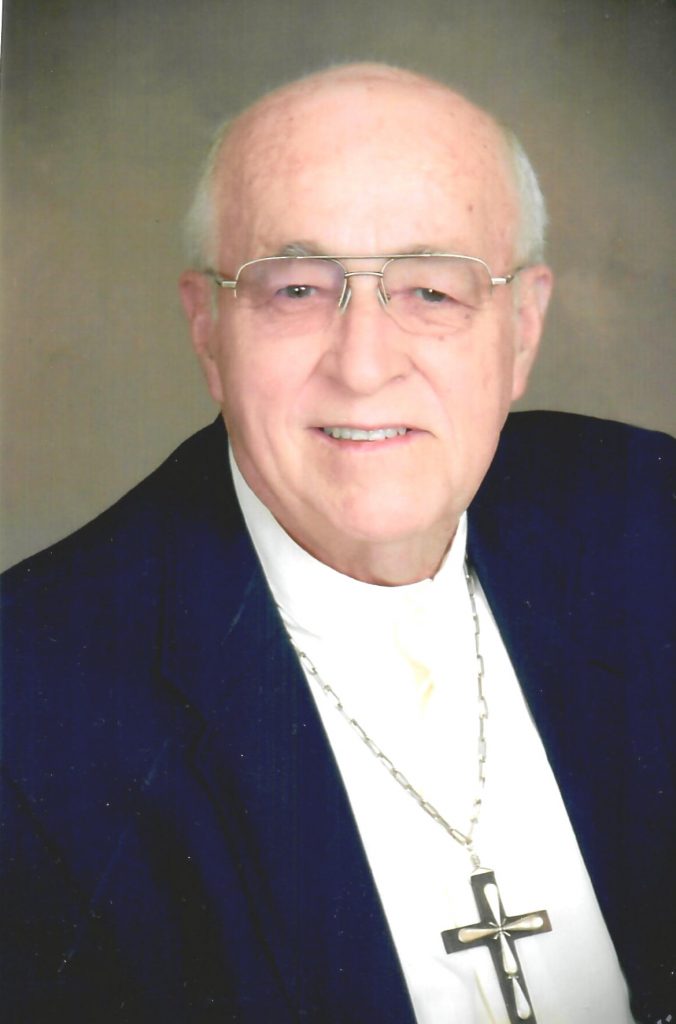 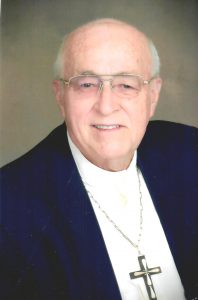 Reverend Eugene Dewayne Wellborn, 83, of Kirksville, Missouri, passed away Saturday, September 2, 2017, at his home in Kirksville.  He is beloved and missed by his wife of 61 years, LaVerne Dudeck Wellborn.  Rev. Wellborn was born on May 5, 1934, in Kirksville, Missouri, to Florence and Herman Wellborn.  He was the older brother to his sisters, Elaine Armbruster (and husband David) of Pearland, Texas, Becky Hiatt (and husband Edwin) of St. Claire, Missouri, and sister-in-law Shirley Keller of St. Louis, Missouri.

As a youth, Dewayne was always active in the local church, and through his experiences, including a summer work camp in Jamaica, West Indies was inspired to become a missionary. Dewayne graduated from Kirksville High School. He worked as Art Supervisor with the Kirksville elementary schools while continuing his education at Kirksville State Teacher’s College (Truman University) earning a Bachelor’s of Science in Education. As a man of faith, he then attended the College of the Bible (Lexington Theological Seminary) for two years in preparation for mission work overseas in Jamaica.  Reverend Wellborn obtained his Masters in Educational Administration from the University of Missouri, Columbia.

Sent by the United Christian Missionary Society, Christian Church Disciples of Christ on a mission to Jamaica in 1958, he was an assistant principal and then acting principal of Oberlin High School.  Oberlin was a church sponsored vocational and college preparatory school until it eventually transitioned to the Jamaican secondary educational system.  He continued his mission work with the local churches and taught at St. Joseph’s Teachers’ College developing the student teaching program.  During this time, he was actively involved with the YMCA, Boy Scouts of Jamaica, and Up With People.  Dewayne also served as a member of the Jamaican Ministerial Council for the Disciples of Christ.

In 1979, he returned to his hometown, where he served as the Associate Minister at the First Christian Church.  He went on to serve as pastor of the churches at Illinois Bend, East Center, Knox City, and for more than 30 years the Edina Christian Church.  For many years he served as the chairman of the Knox County Ministerial Alliance.  He enjoyed the fellowship of fifth Sunday cluster meetings and always looked forward to their Singspirations.  Rev. Wellborn was a caseworker advocating for children at the Division of Family Services.  He continued his advocacy at Preferred Family Health Care providing community integration for their clients.

As a member of The Friends of St. Mary’s, he dedicated his time and service to the restoration and preservation of the church in Adair, Missouri. He was also an active member of the Senior Circle and R.S.V.P., delivering books to shut-in residents for the public library and volunteering at blood drives.  Dewayne helped establish the Knox County Food Bank. For a number of years, he was the chairman of the Beta Chapter of Sigma Tau Gamma Alumni Association.  Dewayne’s favorite pastimes were horses, buggies, and cooking apple butter.  He was often seen driving his horse and buggy during the Knox County Corn Festival.

He is beloved by his grandchildren: Dewayne III, Ashley, Hernan, Tatiana, Tamara, Tiffany, Bradley, Jacob, and his great grandchildren Cid, Emma, and Iris.

A Celebration of Life will be held 11:00 a.m. Friday, September 8, 2017, in the First Christian Church in Edina, MO.  Officiating the services will be Reverend Jim Pitney assisted by Reverend Sandy Browning and Reverend Maynard Blackwood.  Music will be provided by Rita Worthington and Wynona Banks.

Family will receive friends from 10 a.m. till time of services at 11 a.m. on Friday, September 8, 2017, in the First Christian Church in Edina.

Memorials are suggested to Hospice of Northeast Missouri or American Cancer Society.  Memorials may be left at or mailed to Davis-Playle-Hudson-Rimer Funeral Home, 2100 East Shepherd Ave., Kirksville, MO, 63501.