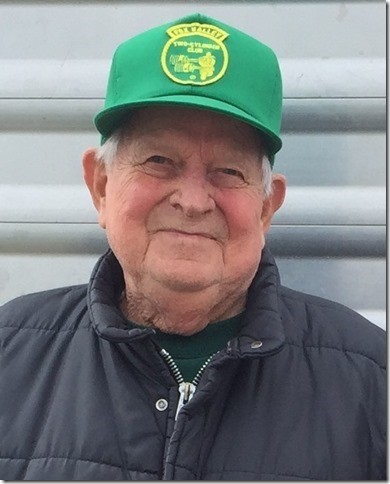 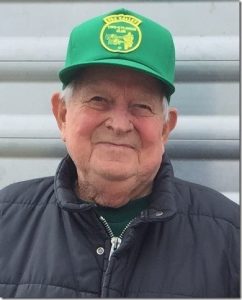 Raymond Dale Priebe, age 82 of Kahoka, MO, passed away on Sunday, September 3, 2017 at the Clark Co. Nursing Home in Kahoka.

Dale was born April 6, 1935 at home near Williamstown, MO, a son of Romayne and Dena Breidenstein Priebe.

Dale was first married to Norma Pitford and they were the parents of Wayne and Debbie.

He then married Carolene Malone Orton and they were the parents of Danny. On January 13, 1976 he was united in marriage to Ruby Crandal Heiser and she brought to the marriage her children, Becky, Candy and Roby. She passed away on February 1, 1998. He shared the rest of his life with his long-time companion, Martha St. Clair, until her death on November 8, 2015.

He was preceded in death by his parents; his wife, Ruby; brother, Gene Priebe, sister, Eileen Calvert; and son-in-law, John Hammond.

Dale farmed all of his life and most of it he spent as a self-employed mechanic. He retired from Tri-State Implement formerly of Kahoka. He was a member of the Fox Valley Two-Cylinder Club, the Tin Lizzy and Illiamo Model T Chapters of the Model T Ford Club of America and of SEIACC Antique Car Club. He was the proud owner of a 1921 Model T Truck which received the honor at Mt. Pleasant of the National Truck of the Year. It was the first truck in Clark County and helped to build the Kahoka square. Model T’s and tractors were his love, as well as his garden. Dale enjoyed visiting with people and time spent at the Clark Co. Senior Center.

Visitation was held at Wilson Funeral Home after noon on Wednesday with family receiving friends from 6-8.  Memorials were suggested to the Clark Co. Senior Center.