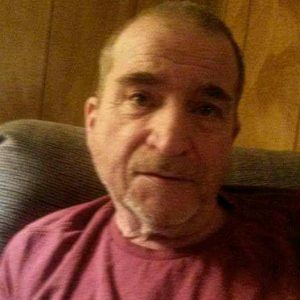 Ernest “Ernie” Morris, 66, of Kahoka, died peacefully Wednesday, September 6, 2017 at his home in Kahoka surrounded by his family.

He was born June 9, 1951 in Orick, CA the son of Cecil Dorman and Bessie Betsy Hardee Morris.  He married Ellen Virgin Henderson on April 15, 1971, they later divorced.  On August 5, 2000, he married Vera Young York in Kahoka.  She survives.

He is also survived by four daughters, Sara (Mark) Johnson and Judy (Sean) Crouch all of Joplin, MO, Denise (Matt) Shannon and Sarah (Peter) Coulter all of Kahoka, MO, 9 grandchildren and 14 great grandchildren.

He was preceded in death by his parents, aunts, uncles and cousins.

He has spent the last 24 years residing in Kahoka.  He retired in 2004 from Conrad America in Houghton, IA where he worked as a machine operator.

Ernie enjoyed fishing, camping, playing cards, watching old westerns and NASCAR and barbequing.  Most of all he loved spending time with his family.

According to his wishes, there will be no services or visitation.