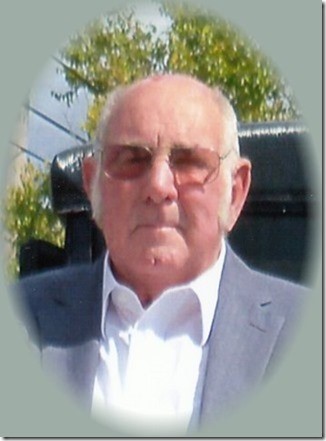 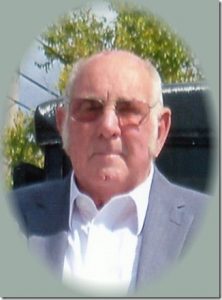 Russell was born September 4, 1927 at home in rural Scotland County, a son of Paul and Marie Cook Mathes.

He married Marna Martin on June 26, 1949 at the First Christian Church in Memphis, MO and they were the parents of Randy and Ritchie.

He was preceded in death by his parents; his brother, Richard Mathes; and his father and mother-in-law, Crate and Fern Martin.

Russell was involved in farming all of his life. In high school he had been a member of the Memphis High School FFA and he always said that is where he acquired his love for agriculture. Russell managed the MFA elevator in Wyaconda and later the elevator in Kahoka before retiring with 27 years of service with the MFA. He enjoyed woodworking and had a passion for restoring old tractors and farm machinery or as he called it “gathering up the green”. He loved to breathe life into tractors that would have otherwise ended up in the scrap yard. He would spend hours with anyone who would stop and look at his collection. Russell was a member of the Fox Valley Two-Cylinder Club, the Clark County Mule Festival Committee, a retired director of the Clark County Rural Water District where he fought tirelessly to bring rural water to the rural residents of the county, and a life-time member of the Masonic Lodge. He took pride in his farm and loved spending time with his livestock.

Memorial services were held Wednesday, September 20, 2017 at 6:30 p.m. at Wilson Funeral Home in Kahoka with Pastor Barb Hagerla and Mr. Travis Mathes officiating. Special music was “Go Rest High”, “I Did it My Way”, “Crying for Me” and “Amazing Grace, My Chains are Gone”.

Private inurnment will be at a later date in the Etna Cemetery.

Visitation was held at Wilson Funeral Home after 9 a.m. on Wednesday with family receiving friends from 5 p.m. until time of services at 6:30 p.m.