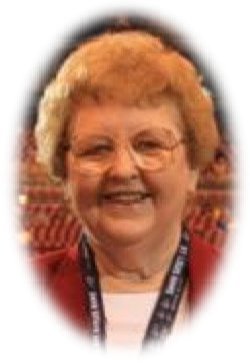 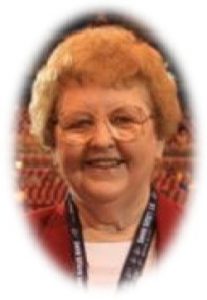 The daughter of Albert Theodore “Teed” and Ruby (Kelley) Sykes, she was born January 10, 1936 near Hurdland, Missouri.

Jackie attended part of the first grade in the Hurdland Grade School and continued in the Kirksville Public Schools, graduating with Kirksville Senior High School Class of 1953. She received a Bachelor of Science degree in mathematics education from Northeast Missouri State Teachers College. She received a Master of Arts degree in mathematics education. She later completed requirements for Guidance Counseling certification for the junior and senior high school levels.

She began her 30-year teaching career in high school mathematics at the Green City High School in Green City, Missouri. She then taught mathematics in the Ophelia Parrish Junior High School in Kirksville, Missouri, and later was a guidance counselor in the Kirksville Junior and Senior High Schools. The last four years of her teaching career were at Northeast Missouri State University in the Department of Mathematics and Computer Science. She later was employed part-time at Hudson-Rimer in Kirksville, Missouri. For the past 12 years she was part-time secretary/receptionist at the Doss Funeral Home in Edina, Missouri.

Jackie served several years on the Adair County Historical Society Board of Directors as secretary. She also served many years on the Board of Directors of the Adair County Humane Society where she was treasurer for many of those years. She served on the Telecommunications Committee for the City of Kirksville and was a member of the American Association of University Women and served as secretary and treasurer. In 2007, Governor Matt Blunt appointed her to the Well Installation Commission with the Department of Natural Resources of the State of Missouri. In 2012, she was voted a member of the National Society Collegiate Scholars.

Jackie was a member of the First Christian Church (Disciples of Christ) of Kirksville, Missouri, where she had been a member of the Board of Directors many years. She served as secretary of the Board, Chairperson of the Education Department, member of the Building committee to erect the present sanctuary building, Sunday school teacher for many years, and served on a Pastor Selection Committee.

She enjoyed her family traveling, teaching and her students, serving the community, cake decorating, collecting Hummel figurines, raising flowers, music, and especially her pets, Benji and currently Fritz, both rescue dogs, and step-dogs, A.J. and Rocco.

She was preceded by her parents, Ruby (Kelley) Sykes and Albert “Teed” Sykes.

Visitation will be Wednesday after 2:00 p.m., September 20, 2017, with the family receiving friends from 5:00 to 7:00 p.m. at the Travis-Noe Funeral Home in Kirksville, Missouri.  A Celebration of Life officiated by Pastor John Davison will follow the time of visitation.

Burial will be in the Park View Memorial Gardens in Kirksville, Missouri.

An expression of sympathy in memory of Jackie Eaton may be left to the Adair County Humane Society. A memorial may be left at or mailed to the Travis-Noe Funeral Home 1008 W. Potter Avenue, Kirksville, Missouri 63501.