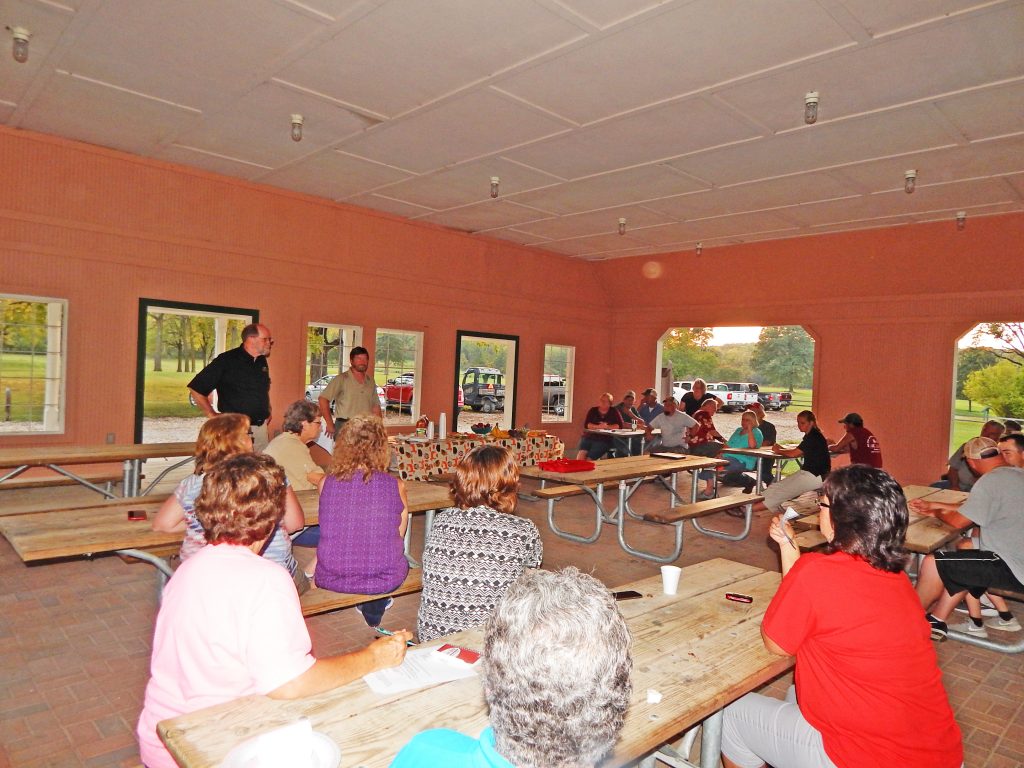 Site Manager Jerry Toops then spoke of the many accomplishments of he and his staff, (which is shorthanded). Recent accomplishments included, but were not limited to:  insulate storage building and cover walls with plywood, install wood stove for heat in storage building, stabilize foundation walls at Jane Gray House, fill Gordon House and Jane Gray House foundation with sand, base for cannon to sit on and placement of cannon, cleared a boat (kayaks or canoes) launching area, painted and stabilized the exterior and patched the roof of the Bertha Parks house, made a viewing area from the cannon to the Benning House, replaced and added new historic street signs in the old part of the town, and reestablished part of the old trail system from Mill Trail to White Connector. Recent projects at Iliniwek were, but not limited to: mowed sumac to keep at a controllable level, removed brush and vegetation on the Oxbow Trail, and sprayed herbicide on parking areas and along gravel trail.

Toops then spoke of possible upcoming projects which included: make a determination on the Methodist Church, work on three new interpretive panels for the Jane Gray house and town, continue to promote and request shower house for the campground, boat launch parking at area at Jane Gray foundation, reroof Bertha Parks House, replace rotted railing and post at Iliniwek, electrify 6 campsites (if funded), and repave park roads (if funded).

Following these presentations, the floor was opened for public comment. A great many present spoke of how much they enjoyed camping at the park and how beautiful the park was kept. Those same people praised the efforts of Toops and Site Interpreter Rachael Hoemann and how hard they have been working at the park. Once again it was noted that all these accomplishments had been made during a time when the park was understaffed and remains understaffed. Almost everyone in attendance stated that they were present at the meeting to let DNR know how pleased they were to have Toops and Hoemann at the park. Also present were citizens who lived by the park who stated they had never seen the park look so nice.

Following the meeting, it was learned that the Department of Natural Resources had given Toops a deadline of 2:00 p.m. the next day to decide where he would like to be reassigned. Personnel reasons were given as the reason why Toops was being forced to make this decision. Upon learning of this situation, public outcry has been enormous, and both Senator Brian Munzliger and Representative Craig Redmond received many many calls beginning the following morning after the meeting. Citizens were also busy contacting the Department of Natural Resources.

At the time, this story was written, Toops’ fate was still up in the air, but concerned citizens were still manning the phones and fighting to keep him at the park. 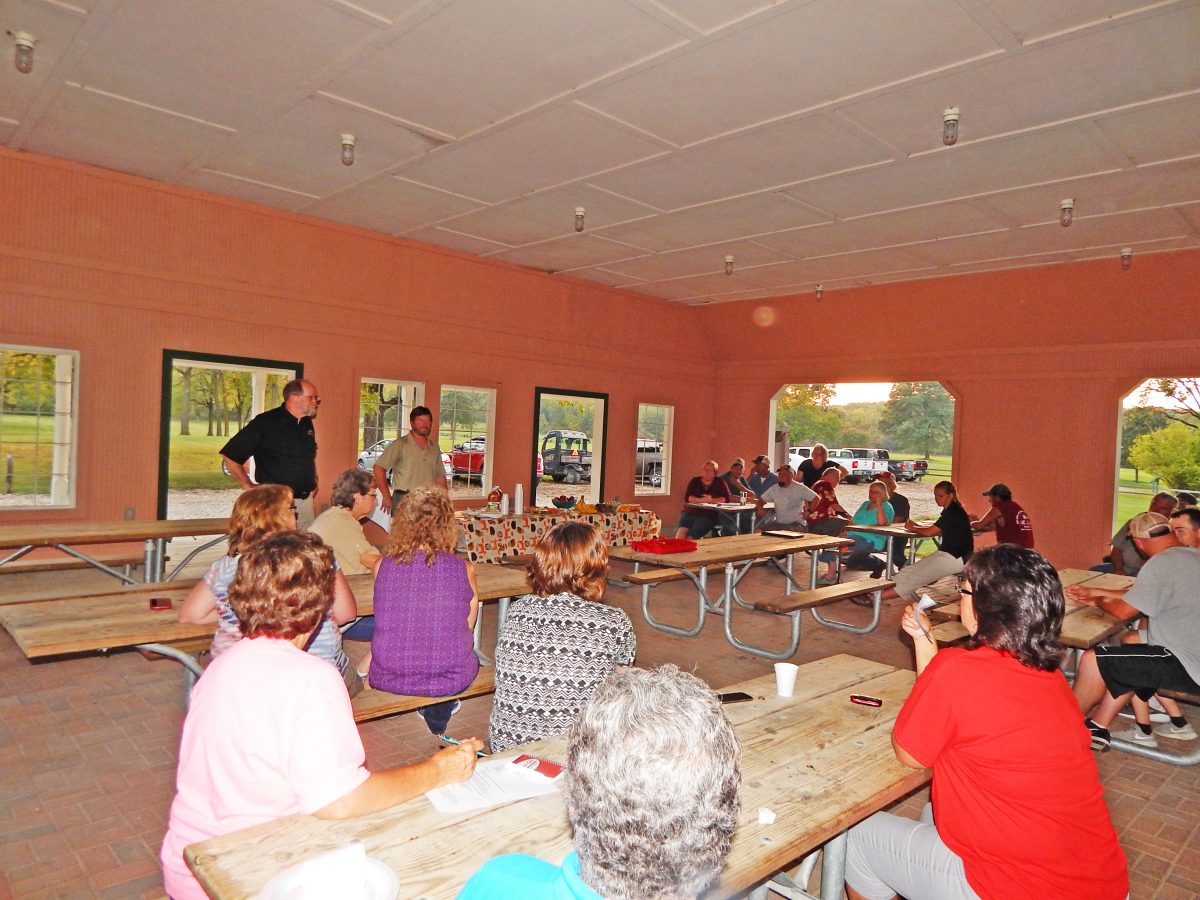