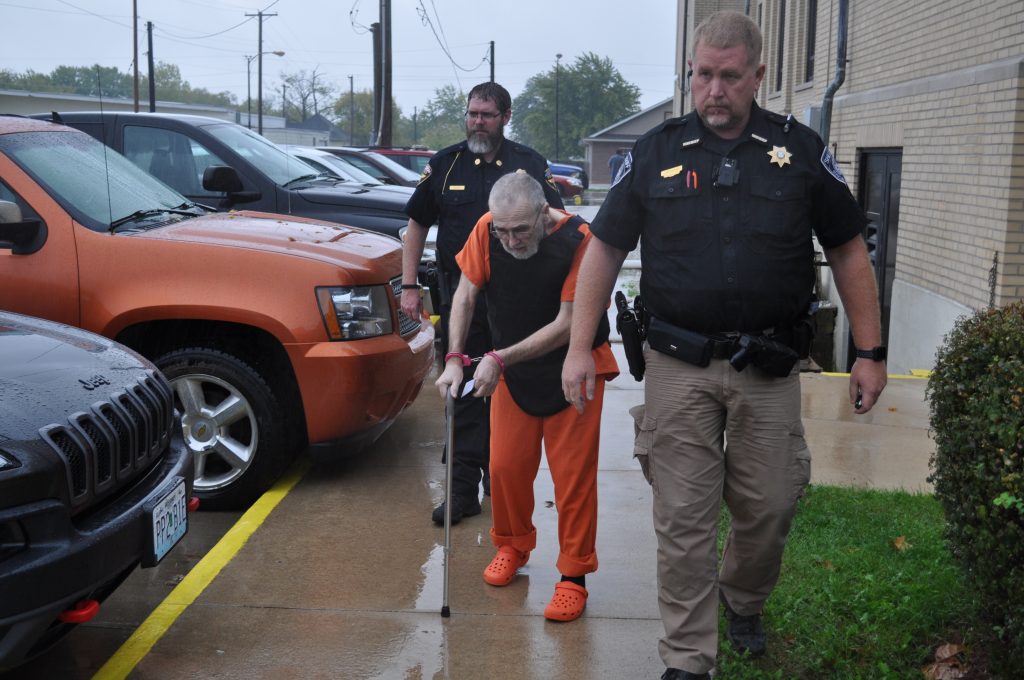 A former Schuyler County pastor has been sentenced in court for molesting a child parishioner.

The mood in the courtroom in the Knox County Courthouse was stoic as Second Circuit Presiding Judge Russell E. Steele sentenced former Pastor George C. Bradburn, 69, of Queen City, MO, to serve two ten-year terms to run consecutively in prison for molesting a Schuyler County child and parishioner of the Queen City Christian Church, where Bradburn was the Minister.

Bradburn wore a bullet proof vest over his orange jail issued jumpsuit during the sentencing hearing, which was moved to Knox County on a change of venue, and set before Judge Steele on a change of judge from Schuyler County.

During the court proceeding, the mother of the victim was allowed to read a statement to the court and address Bradburn despite objection from Bradburn’s attorney, Jennifer Richardson.

Richardson argued the victim was an adult who should speak for himself.

The Schuyler County Prosecutor argued the victim was a child at the time of the sexual assaults, and the victim was battling a mental health issue and wanted his mother to speak for him.

The victim’s mother told the court what it was like for her family during the years then Pastor Bradburn was molesting her young son from an early age to adulthood, how the child exhibited exceedingly troubled behavior as his visits with Bradburn persisted and built up to two or three times per week. She was emotional when she told the court her child did not want to go with Bradburn, but she insisted. She thought Bradburn was trying to help her son.

Bradburn also addressed the court prior to being sentenced. He unfolded a piece of paper and read from it for some of his statement. Bradburn eyes left the paper and he looked into the gallery where the victim and his family were seated.

“There are not enough words to express how sorry I am,” said Bradburn. “Yes, it does haunt me and it forever will haunt me.”

Bradburn talked directly to the victim several times while addressing the court and, besides asking for forgiveness, Bradburn asked the victim to “remember the good times we shared” and to remember a talk they had had, when the victim was a child. At several points during Bradburn’s address he seemed to be preaching to the victim and the victim’s family.

The victim’s mother told Bradburn, during her statement, forgiveness would not be given by her family.

“George Bradburn, you are lower than a snake,” said the victim’s mother. “One family was in the church and left, they tried to get you in trouble for what you did to their child. The people in the church (were) convinced by you that it didn’t happen – including me. I had to go to this family and beg them to forgive me for not believing them and tell them it happened to (my son) too. I pray that you think of all the children you have harmed and all the issues you have caused them. George, I often wonder why you moved to Queen City, Missouri, where you didn’t know anyone. Why did you leave Cherryville, Kansas? What were you running from?”

Richardson pressured the Judge to allow Bradburn to serve probation for his crimes or to reduce the agreed upon sentences from ten years to five years on each charge he pleaded guilty to, two felony counts of statutory sodomy in the first degree, which were reduced from 14 counts in exchange for Bradburn’s guilty pleas.

“George did a lot of good in the community,” argued Richardson. “He counseled a lot of children.”

Richardson argued Bradburn was not a threat to the community, which was rebutted by Gravett.

“This is a case where a minister took advantage of his position and molested a child,” argued Gravett. “He told law enforcement he’s always had a fascination with young children, and it’s something he’s struggled with all his life.”

The prosecutor went on to explain Bradburn previously positioned himself to be involved in children’s activities including being an announcer at school basketball and football games.

Bradburn was asked if there were other victims as he was being brought out of the courthouse by Schuyler County Sheriff Joe Wuebker. He did not respond to the question.

A copy of the mother’s statement has been provided to The Edina Sentinel. It will be published in the next edition of the newspaper excluding the names of the victim and the victim’s family members.

Bradburn befriended the victim at age nine, who commonly spent time at the church assisting with various duties such as cleaning or helping out. When the child was 12-years-old, Bradburn began molesting him, which is stated in the Probable Cause Statement filed in the case.

According to the court documents, the molestation began in 2003 and lasted for six years until 2008 when the victim was 18-years-old. 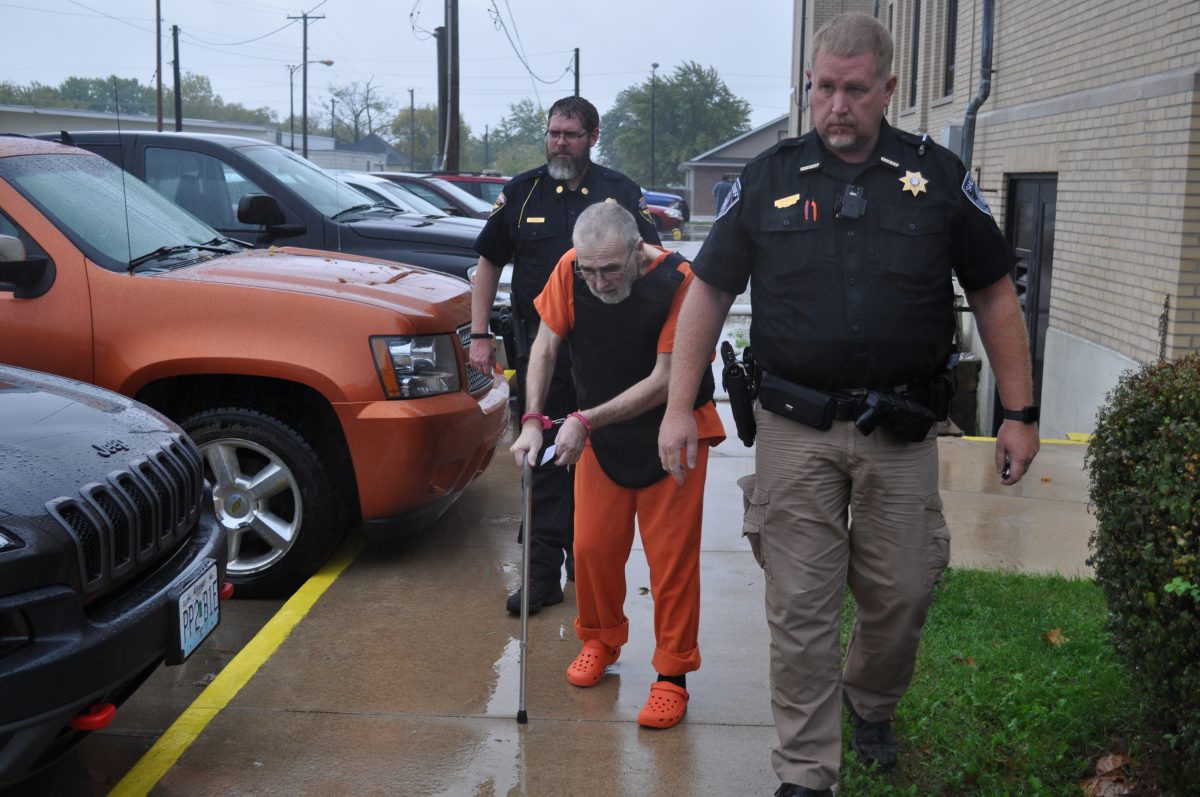 George C. Bradburn is shown being escorted out of the Knox County Courthouse by Schuyler County Sheriff Joe Wuebker and Edina Police Chief Ryan Bishop after being sentenced to serve 20 years in the Missouri Department of Corrections for molesting a child parishioner while being the Pastor of the Queen City Christian Church . Photo by Echo Menges