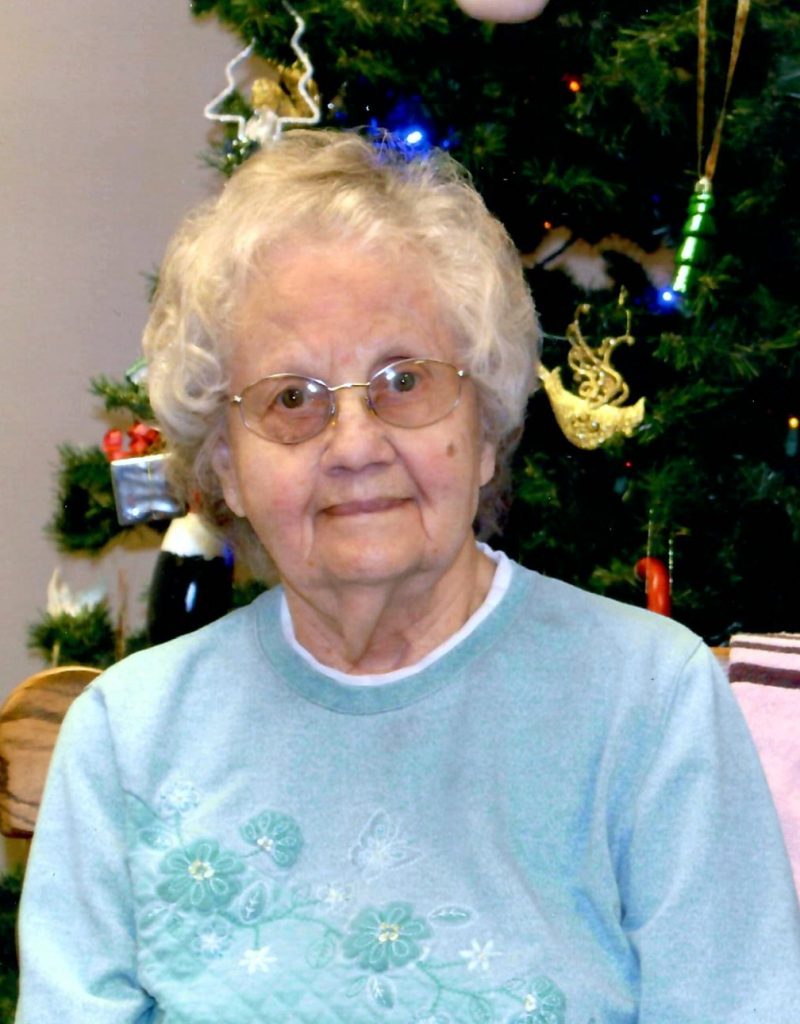 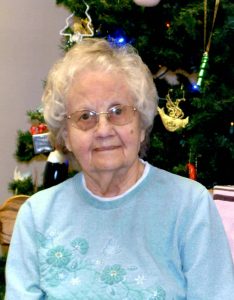 She was born August 27, 1911, 2 ½ miles from Cherry Box, Missouri, the daughter of Glen and Susan Alma Perry McEwen.  Blanche graduated from Leonard High School in 1929 and taught at a rural Cherry Box school until she married.

She was united in marriage to Paul R. Klocke on April 12, 1936.  She and Paul were married for 55 years until Paul passed away November 28, 1991.  Blanche was a farm wife and homemaker.  She enjoyed gardening, flowers, needlework, quilting and times she and her husband traveled to Arizona.  She was also an excellent cook and enjoyed time spent with her family.  She was a member of the Edina First Christian Church and had attended the Edina Baptist Church in later years.

Blanche was preceded in death by her husband; parents; an infant daughter on May 13, 1938; a grandson Brian Klocke; a daughter-in-law Judy Klocke; a grandson-in-law Jason Ogden; three sisters, Ruth Browning, Lena Chinn, and Grace Killen; and two brothers, John and Chester McEwen.

Funeral services will be held 2 p.m. Monday, October 16, 2017, in the Hudson-Rimer Funeral Home in Edina, Missouri, with  Reverend John Bode officiating for the services with music provided by JoAnne Layman. Burial will be in the Bee Ridge Cemetery with John Paul Miller, Robert Klocke, Jon Peck, John Bruce, David Sanders and Eric Miller as casket bearers.

Visitation will be held Monday, October 16, 2017, from 12 noon till time of services at 2 p.m. in the Hudson-Rimer Funeral Home in Edina, MO.

Memorials may be made to Bee Ridge Cemetery, Edina Baptist Church, Knox County Nursing Home or the charity of the donor’s choice.  Memorials may be left at or mailed to Hudson-Rimer Funeral Home, P.O. Box 1, Edina, MO, 63537.