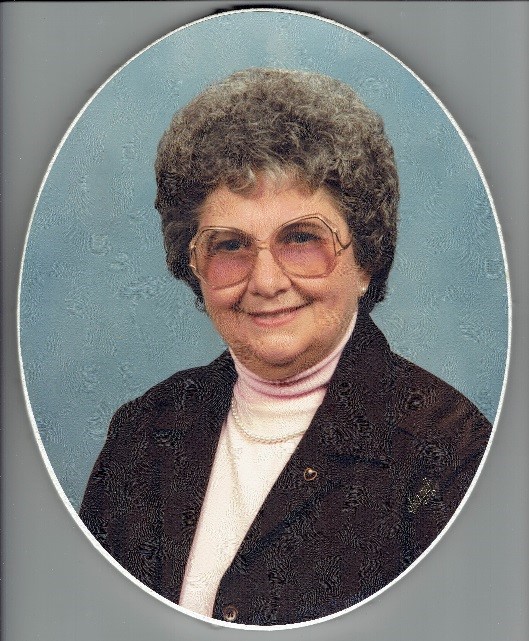 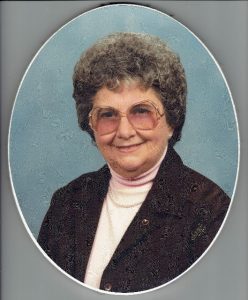 Grace Elizabeth (Hayden) Mooney, 88, of Kahoka, Missouri, youngest daughter of Martha Jane (Christy) and Emmitt Eugene Hayden and wife to Joseph Sampson Mooney succumbed to a massive stroke at her home in Lake Wales, Florida surrounded by her family on October 1, 2017.

On January 1st, 1947 Grace married her high school sweetheart Joseph Sampson Mooney. Both were graduates of Kahoka High School. They remained sweethearts for 67 years, until Joseph’s death. Grace enjoyed sewing and crocheting, along with many other arts & crafts. During the Vietnam War Grace served as an Ammunitions Processing Agent at the Joliet, Illinois Army Ammunitions plant. Grace’s philosophy was “Do unto others as you would have them do unto you!” As a result, she was always extending a helping hand to anyone in need. She was an inspiration to all. Grace will be greatly missed by all who knew her.

There will be a private interment ceremony at the Peaksville, Missouri Cemetery at a future date. Grace will be laid to rest with her sweetheart Joseph Mooney and their little angel Loretta Jean.
A special thank you goes to Debra Robbins of Lake Wales, for her loving care and support over the past three years during Grace’s illness. Also thank you to the J.L. Locke Cremation Services for handling all the arrangements.