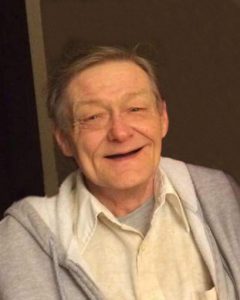 Garry Eugene Hasten, 64, of Keokuk, formerly of Carthage, passed away on Monday, October 16, 2017, at University of Iowa Hospitals and Clinics in Iowa City.

Garry was born in Carthage, Illinois, on November 2, 1952, the son of Tressler and Goldie (Hoover) Hasten. He was known for his ability to fix small engines, and could make anything run again. He enjoyed the outdoors, where he would spend time fishing. He loved spending time with his friends and family, and he enjoyed sitting and talking with them whenever he could. In his later years, Garry passed the time completing adult coloring books. If you ever needed help, you could count on Garry to lend a helping hand. Because of his youthful spirit, he had patience and a love for children. He particularly loved teaching his grandchildren how things worked and how to get things done. Above all else, Garry treasured his beloved cat, Mellow.

Garry is preceded in death by his parents, his infant sister Donna Fay and brother Bruce.

Visitation will be held from 6 to 8 pm on Friday, October 20, 2017, at Printy Funeral Home in Carthage. A Time of Memories will be held at 8 pm directly following the visitation, where there will be an open mic for friends and family to share stories.

Tributes and condolences may be left at printyfuneralhome.com.

Printy Funeral Home of Carthage is in charge of arrangements.