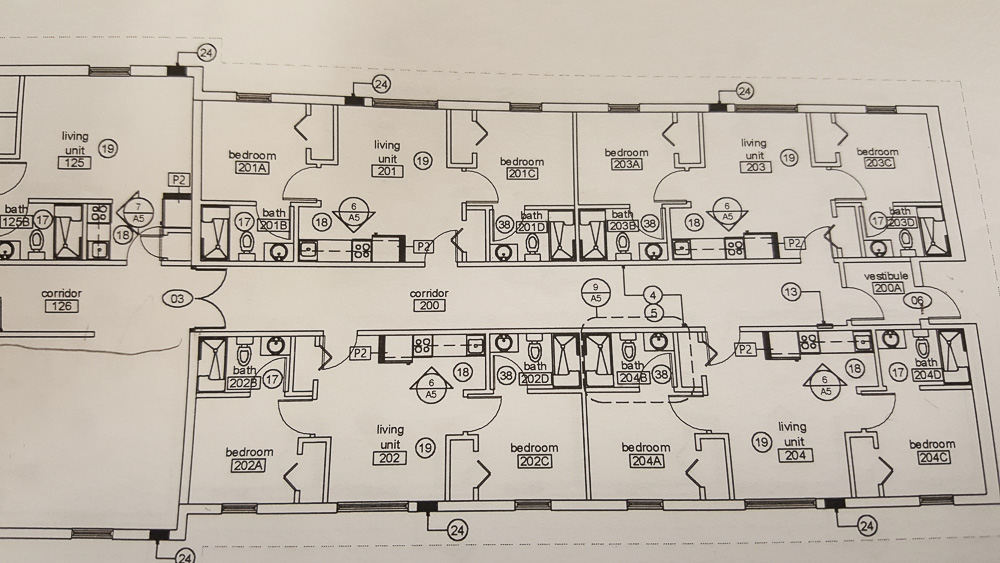 Edina, MO – October 17, 2017 – Informational fliers began arriving in mailboxes throughout Knox County last week, which were sent by the Knox County Nursing Home (KCNH) District Board of Directors. This was done to explain to Knox County taxpayers the project to convert the former Residential Care Facility (RCF) into assisted living apartments has been halted.

“Basically, we’re at a standstill,” said KCNH Administrator Tim Schrage. “The cost to remodel it came in too high.”

According to Schrage, it was thought funds endowed to the KCNH by the late Miss Hortense Greenley, about half-of-a-million-dollars, were thought to be enough to fund the project. After putting the project out to bid, the bids came in much too high to afford moving forward.

“It came in just under a million dollars,” said Schrage.

Costs that contribute to the inflated price of remodeling the old RCF wing of the nursing home include the requirement to pay contractors prevailing wage, which adds about 30 percent to the project, and exceptionally high prices for building materials, which have been push up by the demand for those materials in hurricane ravaged Texas and Florida, said Schrage.

The KCNH is part of one of few nursing home districts in the State of Missouri. It is subsidized with local tax dollars and overseen by an elected board.

Recently, the nursing home side of the facility was remodeled and added onto to provide private rooms and bathrooms to every patient, which left the facility in debt.

Just last month, the census at the nursing home reached 40, which is full capacity with a handful of people on the waiting list. Since the remodeling project was concluded in 2015, it has been a struggle to house the necessary 36 occupants needed to satisfy the current loan requirements, which has been augmented by funds held in reserve. The Administrator and Board aren’t willing to spend every penny they have to remodel the old RCF.

“We’ve been blessed with Hortense’s gift. That doesn’t mean we have enough to pump it all in,” said Schrage.

After much work by State lawmakers and nursing home district representatives, including Schrage, the law was changed 2013.

Schrage remembers testifying before committees and lobbying lawmakers to vote in favor of Senate Bill No. 89. He was present for the final vote to approve it and has a commemorative copy of the bill in his office along with the pen used to sign it by then Governor Jay Nixon.

Plans for the old RCF wing included replacing the windows, new heating and cooling units, adding cooktops, new flooring, new lighting and redoing the bathrooms to accommodate walk-in showers. Some of the bells-and-whistles were worked out of the plan to try and reduce the cost of the project, but didn’t reduce it enough.

The old RCF building has been unoccupied and unused since February of 2010, which is when Schrage and others began to investigate its viability as an assisted living apartment complex. According to Schrage, the cost to maintain the unused building is approximately $13,000 per year on top of building depreciation, which is about $16,000 annually.

Unfortunately, unless or until another opportunity arises, the old RCF will continue to sit empty.

“The Board was disappointed costs are as high as they are,” said Schrage.