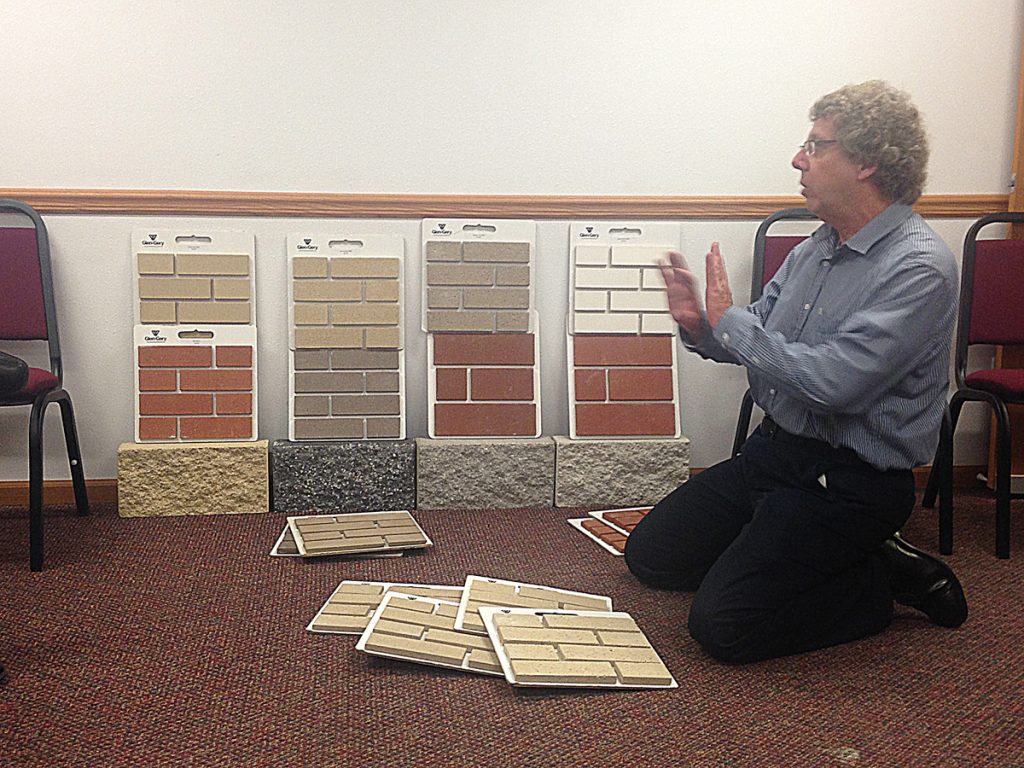 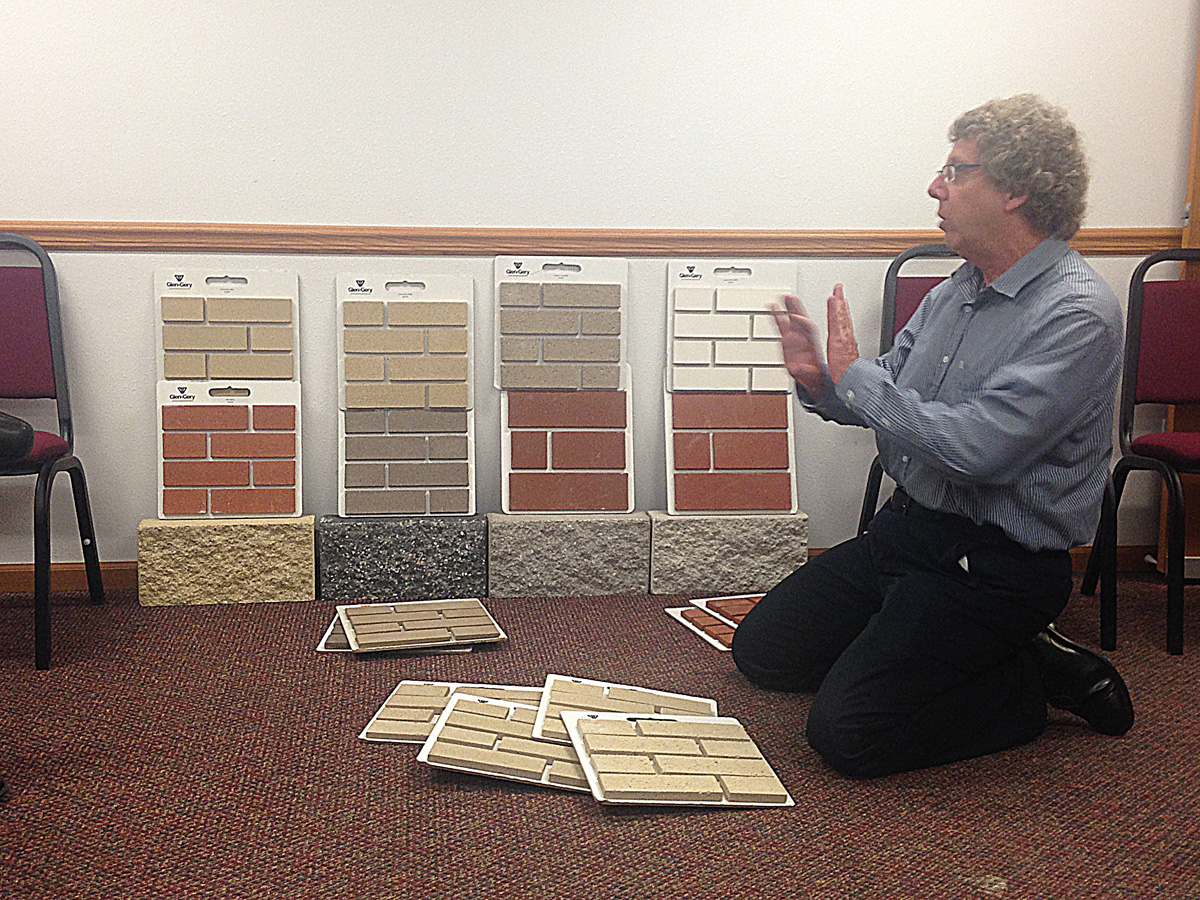 What color should the bricks be? That’s going to be a tough question for Clark County R-1 school board members as they move forward with the planning for the Indian Pride Learning Center.

By specifying the brick color, the district’s engineers, Klingner and Associates, expect to shave a potential $5000 off the project when they re-bid it next month.

At the Thursday, October 12 board meeting, presented a number of potential savings items. In addition to the smaller facility, some of the proposals include changing sprinkler heads, changing door hardware, changing interior sound insulation to a different material, and changing the roof warranty to 20 years from 30 years. A copy of all the changes proposed can be seen with this story at www.nemonews.net.

“We can get this project down to a budget of $3.7 million,” said engineer Joe Knochel.

Klingner’s had a number of brick choices and combinations available for review.

“If we specify the brick, the contractor won’t have to guess when they’re making their bids,” Knochel said.

No brick decision was made, but it will need to be made prior to sending out bids again.

CLICK THE LINK BELOW SO SEE ALL THE OPTIONS BEING CONSIDERED

The next item facing the board was a request to add a girls’ varsity soccer program. It would be a spring season sport, and other northeast Missouri schools playing girls’ soccer include Canton, Kirksville, Hannibal and Moberly.

Chris Lind, who serves as Senior Pastor at First Baptist Church in Kahoka, spoke on behalf of several others at the meeting. Lind reported that there is interest, and noted that the numbers of teen suicides and teen pregnancies are lower in girls who are involved in activities.

“The last sport we added was baseball, and it took a lot of time,” said board president Bill Schutte. “I think what we’re going to want to see before we consider this is a lot of backing by parents. It’s easy to sign a paper and say ‘yes, I’m interested’, but when parent start to come to meetings, we know they support it.”

Karl Hamner presented the transportation report. Currently the district uses 16 bus routes per day, travelling 1439 miles per day on routes. Pre-K bus routes, which are not included in the above totals, add four routes 160 miles per day.

Strengths of the program include Hamner and the drivers, bus cameras, and dedicated trip buses. Concerns include the shortage of drivers and subs, replacement and repair costs, and state funding.

The condition of county roads and the number of miles driven on gravel continue to be a problem.

“Our buses fall apart because of the beating they take on the county roads,” said Kracht.

Another rising concern is the number of students with multiple drop-off points.

“We have some kids that have four or five spots to drop them off,” said Kracht.

Compounding the issue, many parents don’t call the school until afternoon to tell where their child is supposed to be dropped off.

“We understand emergencies and we’re going to continue to work with families when something happens,” said Kracht. “We’re worried that a kid could get dropped off at the wrong location, and that concerns us.

Student behavior on the buses is also becoming a problem, although the bus cameras help.

“A lot of time is spent on discipline issues,” said Kracht.

-Discussed baseball field lights. The school has about $100,000 budgeted for baseball field lights, and the agreement with the City of Kahoka and the Summer Ball Association was that those entities would install the lights. It has been discovered that the poles are larger than the city trucks can handle. (The issue will be further discusses at a Kahoka Board of Aldermen meeting which will take place after our deadline. We will report on that meeting next week.)

-Discussed the senior composite photo. Last year, the photographer provided jackets and ties for the young men and an outfit for young women. There were concerns that too much shoulder was exposed on young women. Mr. Harper reported that they would address it.