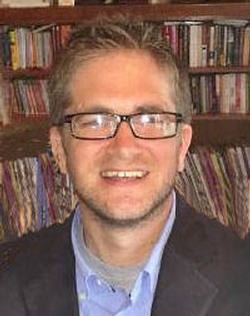 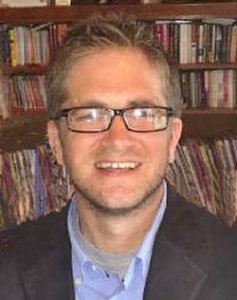 Mr. Joshua Ward Houchins of Ewing, Mo., passed away surrounded by family and friends on Sunday, October 15, at Blessing Hospital. He was 36.

Josh was born September 10, 1981, to Richard and Jeana (Shults) Houchins. His younger years were spent on a farm near Steffenville, Missouri, before moving to rural Ewing.

Josh graduated from Highland High School in 2000 where he was active in the athletic and fine arts programs. He earned a Bachelor of Arts in Communications with a minor in History from Culver-Stockton College in 2004. While at C-SC, Josh wrote for the Megaphone and worked on the college radio station, KCAT. He was also an active member of the Concert Choir and enjoyed announcing at basketball games.

Josh was born with a love for sports. Summers were spent playing on the Ewing baseball team where his favorite position was catcher. In school, he was a valued player on the football, basketball, and baseball teams. He was proud to be a Highland Cougar.

Josh’s love for sports led him to his first job at The Quincy Herald-Whig as a part-time sports writer. He was most recently the voice of WGEM SportsCenter where he provided listeners with lively sports news, enthusiastic interviews, and his spirited opinions. Added bonuses of his work were attending multiple sporting events in the tri-state area, interacting with athletes at every level, and being involved with fundraising for local programs through events such as the annual Sports Trivia Night. One of his proudest accomplishments was honoring area athletes with the Prep Athlete of the Week Award.

Josh never met a stranger and was quick to engage everyone he met in a conversation, whether it was about sports, music, history, or the outdoors. If you knew him you knew his favorites included St. Louis Cardinals, Arizona Cardinals, Philadelphia 76ers, and St. Louis Blues. There was not a Pearl Jam song he could not sing, nor a fact about Napoleon Bonaparte he would not teach you. His love for the outdoors included involvement in The National Wild Turkey Federation and deer hunting with his father and uncle.

Always an advocate for equal opportunity, Josh had served as president of the Board of Directors for the West Central Illinois Center for Independent Living and was currently serving as vice president on the board of directors of the Northeast Independent Living Services (N.E.I.L.S.). Active in the community, he enjoyed serving as master of ceremonies for various events, including the annual Ewing Park Day parade.

Josh accepted Christ at a young age and was a lifelong attendee of the First Baptist Church of Ewing. In 2009, Josh was recognized by the Missouri Senate as an unsung hero. “A Hero Because: He doesn’t let his wheelchair stop him from living a full—and fulfilled—life.”

Josh has been joyously reunited with his father, Richard, and his brother, Justin. He was also preceded in death by his grandparents, Clarence and Elsie Houchins and Bill and Elizabeth Shults, and his uncle Kevin Shults.

The family suggests memorials be made to Northeast Independent Living Services (N.E.I.L.S.) or to the Ewing Memorial Cemetery Association.