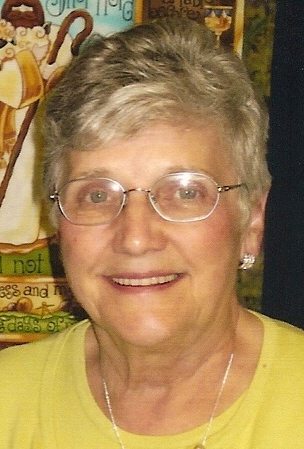 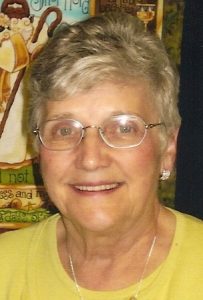 Gwendolyn Faye Laudwig, age 76, and her husband Wayne, both of Greentop, MO, passed away October 23, 2017 in an automobile accident in Kirksville, Missouri.

Gwen was born October 5, 1941, in Kirksville, Missouri, the daughter of Robert Lincoln and Margaret Ireta Balfour Adams.  She married Gary Ludwick and to this union, two children were born.  In 1986, she was united in marriage to Wayne Edward Laudwig.

Gwen attended grade school at Millport and Rutledge; she then attended and graduated from Memphis High School in 1959.    When her children were young she touched many lives while she worked as a Head Start teacher’s assistant, teacher, and then in administration. In later years, she attended Moberly Area Community College after which she worked as a substitute teacher for several school districts in the area and enjoyed it immensely. Throughout her life, Gwen loved music and was very talented.  She could play several instruments including the organ, accordion, trombone, and especially the piano.  She used her talent to play for church services, funerals, and weddings. She also played at nursing homes and singspirations, many times with other area musicians.  Gwen and her husband Wayne lived and farmed in Schuyler County, Missouri, for thirty years.  She enjoyed gardening, canning, cooking, and sewing.  She was a talented seamstress who taught several area youth how to sew over the years. She especially loved reading and studying the Bible.  She felt called to work with the church youth as a Sunday School teacher and youth leader, to be a part of the monthly women’s Bible group, and in recent years she felt particularly close to her small women’s Bible study group where she always learned something new and loved their time of talking and sharing.  Gwen and Wayne had a great time going out with their “old friends’ group,” visiting with neighbors and friends, and sharing what they had.  Gwen loved her family, loved spending time with them, and was so excited to have a new great-grandchild.  She will be greatly missed by all.

Funeral services will be held at 2 p.m. on Sunday, October 29, 2017 in the Hudson-Rimer Funeral Home in Edina, MO.  Burial will be in the Pauline Cemetery at Rutledge, Missouri.  Pastor Steve Lang will officiate the services.   Music will be provided by Debbie Peters and Audrey Hamlin.  Musical selections will be “Victory in Jesus,” “How Great Thou Art,” and “This World Is Not My Home.”

Visitation will be held after 4 p.m. on Saturday, October 28, 2017, with family receiving friends from 6 to 8 p.m. in the Hudson-Rimer Funeral Home in Edina, MO.

Memorials are suggested to Rutledge School or Pauline Cemetery or donor’s choice.  Memorials may be left at or mailed to Hudson-Rimer Funeral Home, P.O. Box 1, Edina, MO, 63537.  www.hudsonrimerfh.com