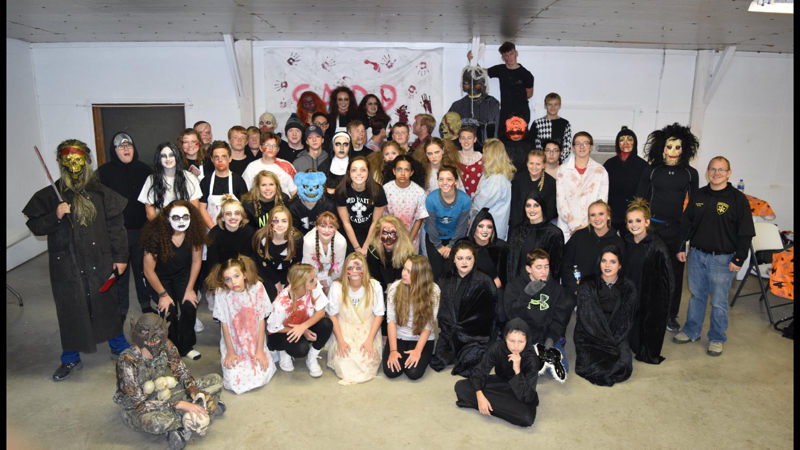 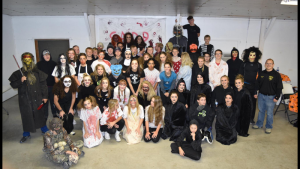 The Leiws County Sheriff’s Office reported that on October 27 and October 28, the Highland High School SADD Chapter presented a haunted house at the Lewis County Fairgrounds.  Students worked all week to build the haunted house and then starred in the show.  The event raised over $1000.00 which will go toward the purchase of after prom prizes later this year.  Students also participated in a canned food drive which were given to the La Belle First Christian Church food pantry.

The SADD Chapter promotes positive decision making by high school students and participates in the MoDOT Battle of the Belt program that promotes safety belt usage.

“We are very proud of the students who presented the haunted house.  They worked extremely hard and are positive role models for their classmates and elementary students.”  David Parrish, Sheriff

Special thanks to the Lewis County Fair Board, Lewis County C-1 Schools, and County Market Express, Lewistown Store for their sponsorship.

The SADD Chapter is sponsored by the Lewis County Sheriff’s Office.