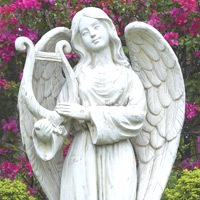 Mrs. Klote was a bookkeeper most all of her life and at one time was a part owner of KWOS Radio Station in Jefferson City, Missouri. After retirement, Betty and Jerry, together with their son Gary and his wife Cathy, started Hickory Hollow Resort in Tightwad, Missouri, where they were well known for their friendly hospitality. Betty loved sewing, flower gardening, painting, jigsaw puzzles and crafts.

She was preceded in death by her husband, Jerry Klote; her parents; a brother, Richard Goodwin; and a sister, Lois Ann Rice.

Visitation will be held at the Bach-Yager Funeral Chapel, 1610 N. Garth Ave., Columbia, Missouri, from 10:00 a.m. – 11:30 a.m. on Friday, December 8, 2017. Graveside services will follow at 3:00 p.m. at the Englewood Cemetery in Clinton, Missouri.
Fond memories and condolences may be left at www.vansant-millsfuneralhome.com.
Arrangements have been entrusted to Vansant-Mills Funeral Home of Clinton, Missouri.