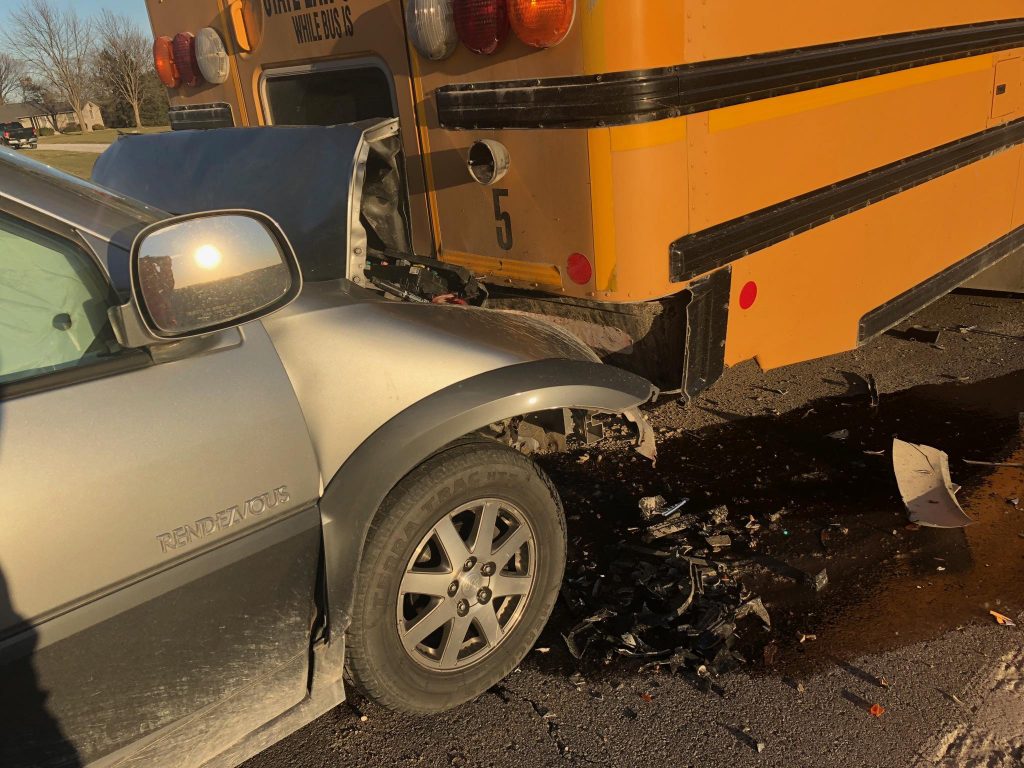 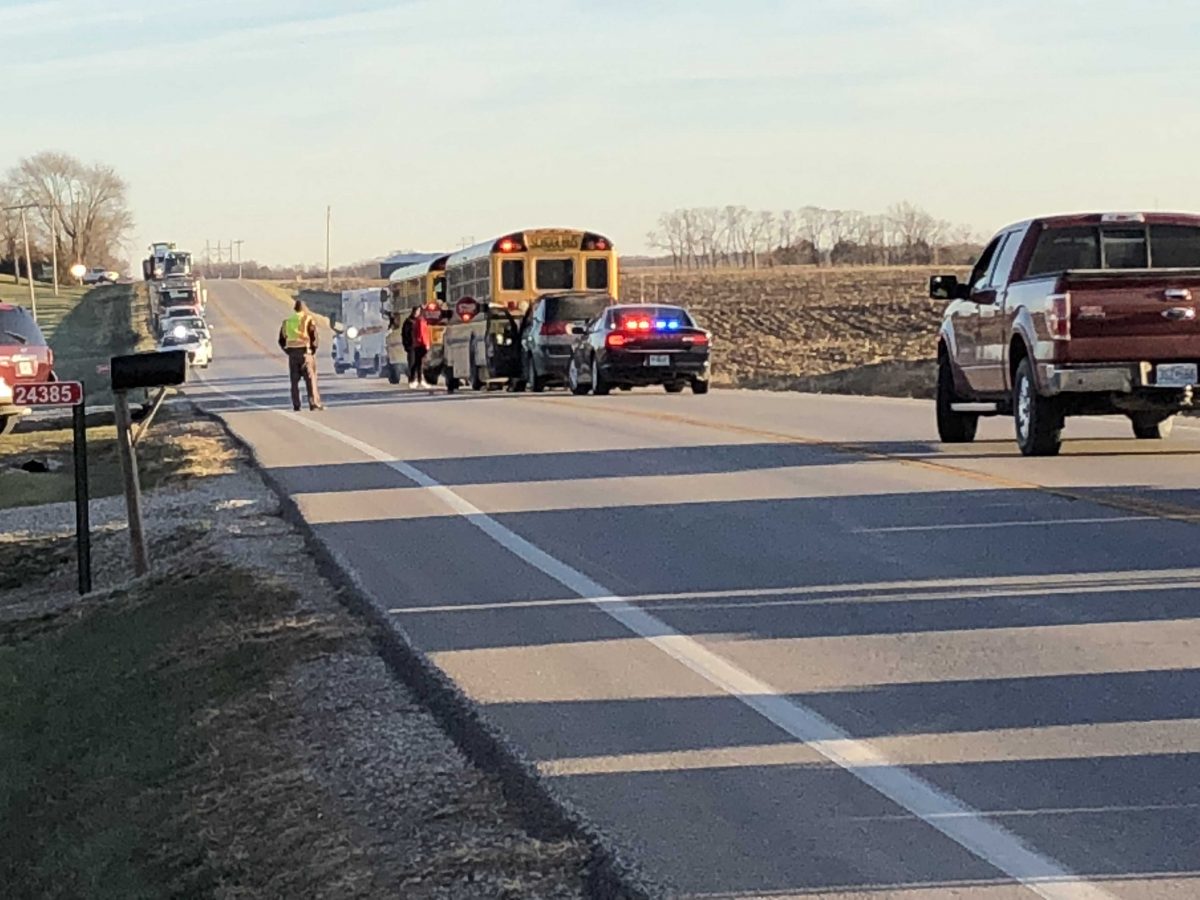 The accident occurred one and half miles east of Kahoka on Hwy. 136 at approximately 3:30pm   The bus was rear-ended by another vehicle.  The bus was stopped at the time, with its lights flashing and stop arm extended.

The school district originally sent out a school reach call stating there were no injuries, but as the bus was being cleared, two students complained of neck and back pain. A third student received a bloody nose, and was treated at the scene.

The parents of all students have been notified.

“It looks like we got lucky,” Kracht said, stating the vehicle rear-ended the bus at highway speed.

“The seats did what they’re supposed to do,” Kracht said.

Video from the scene can be viewed here:

More information will be posted when it becomes available.

UPDATE:  CCR-1 Superintendent Ritchie Kracht provided a photo of the other vehicle involved 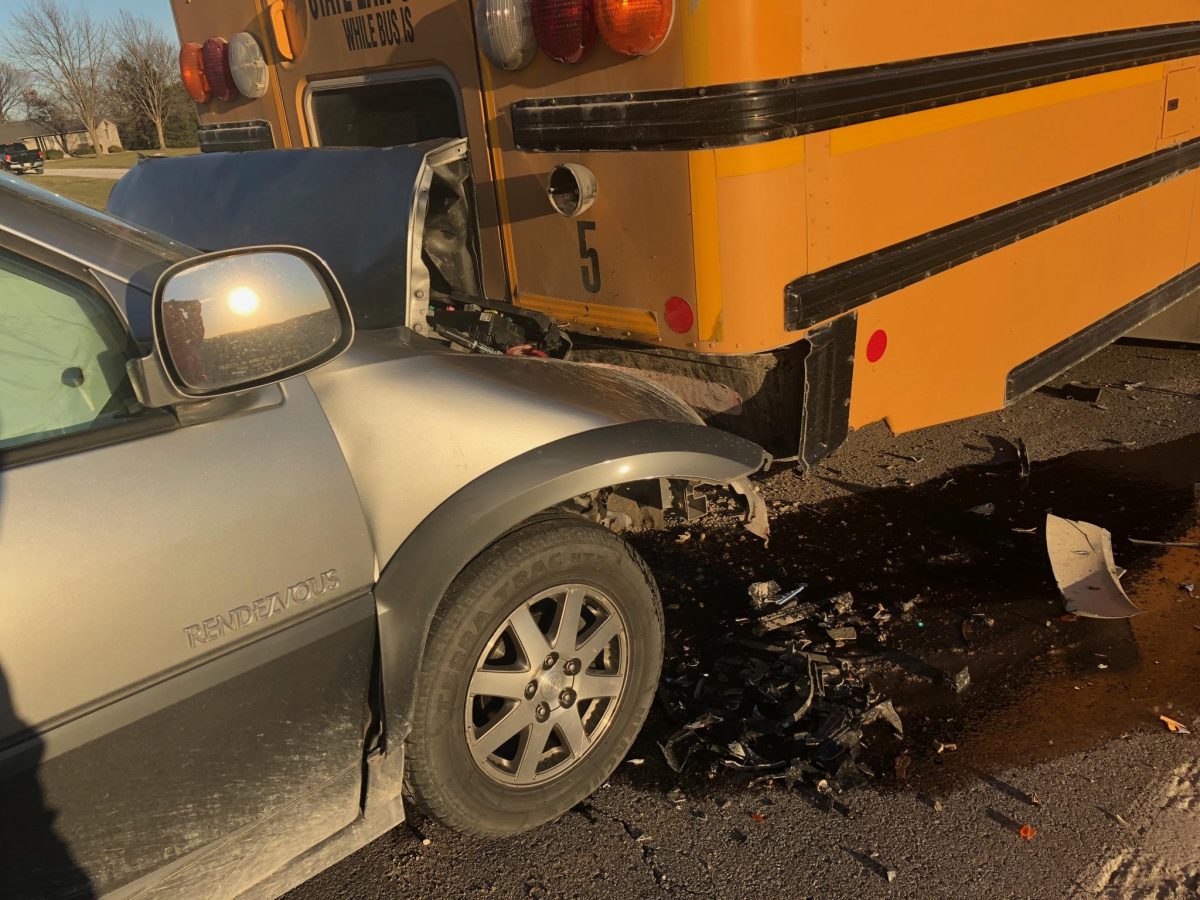