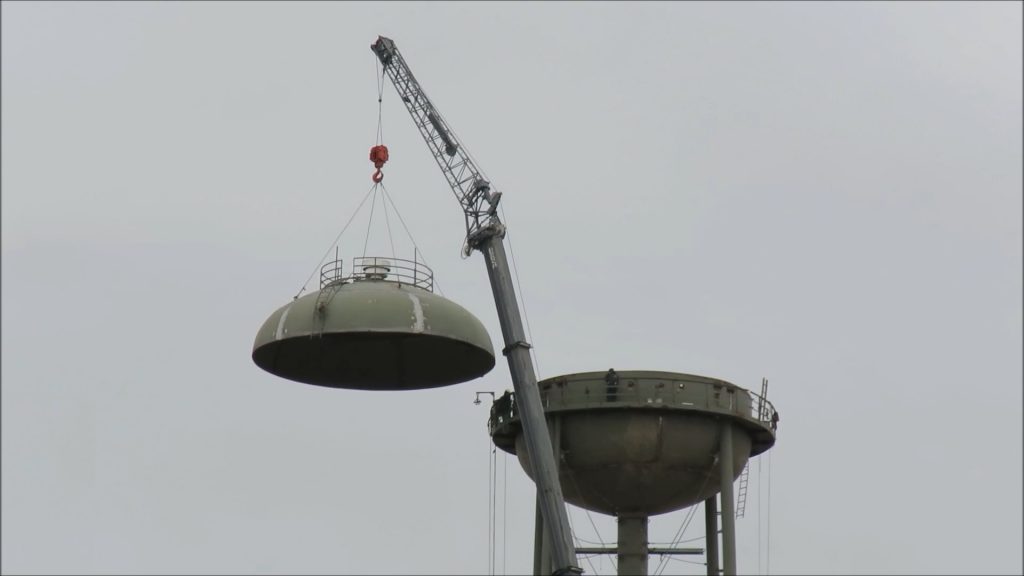 The top of the new water tower west of Novelty, MO was placed on Thursday, December 14, 2017 with a large crane.

The following video above was recorded by Dillis Nagel, whose parents owned the land the new tower is being built on.

Nagel and her parents, John and Elaine, and a local farmer and family friend, Randy Doss, watched the top being placed on the new tower together.

“There are people working around there from everywhere in the country. Some were from Biloxi, Mississippi, south Dakota, north Dakota,” said Randy Doss. “They’re going to be doing welding on it a week and a half to two weeks. Next summer the sandblast and paint because of the weather. They can’t get it filled up until they get it all painted and treated, and they can’t do that until it’s warmer.”

The new water tower holds 100,000 gallons of water, which is double what the tower it is replacing holds, and cost approximately $630,000 to build, said Mallett. It is expected to be put into commission in the spring or summer of 2018.

Read more about the project in an upcoming edition of The Edina Sentinel.