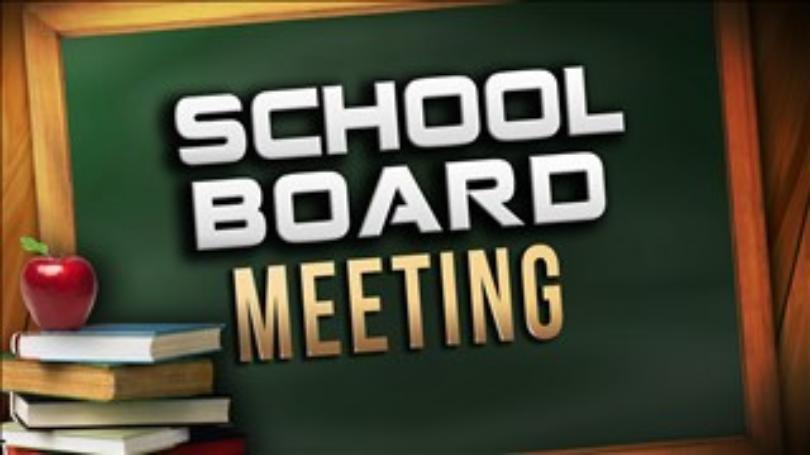 Debbie Williams, of Clarence, said, “I’m speaking for both communities for those wanting to keep separate elementary buildings. There were misunderstandings with the Clarence Elementary Renovation Quote. The current Clarence Elementary Gym is handicapped accessible, and it’s a proven fact students’ benefit where the schools are now. Slow down on your decision to consolidate. Think of the students best interests.”

Tim Maddex, Superintendent, reviewed the 2017-18 District APR; in 2017 we have 123/140 88% total APR points. This averages out about average depending on what schools you compare them too. Maddex said, “It’s going to take growth and evaluate scores to continue to improve.”

Maddex went on to report, the district received full points in 2016-17 for college and career ready in the MSIP Standards. Standard One Overview the district earned 42/56 points; they are taking the highest score of 2014, 2015, 2016, or this year. The ELA and Math were hold harmless for 2017 year, English two and Algebra One scores not included, they skewed data for comparison. Standard Two, the district earned 11 of 14 points. Shelby Co R-IV is the fourth highest amount of free and reduced counts with one percent of testing population taking Map A. Standard Three 30 out of 30 went on to college of the graduates or was career ready at graduation. In attendance, the district received a ten out ten which means at 90% of our students are in school over 90% of the time. In 2017, the percentage of attendance was 93.2.

Snider also reported the Shelbina Elementary has been active in community service and had 2100 items of food products donated for the local food banks. The school has also been involved with the WGEM’s Fall Harvest School Challenge and collecting soda tabs, share tree, raising money for a breast cancer parent, bringing in snacks every day, had a hat day and raised money from it as well.
Snider reported the Early Childhood Education program met three of their four goals using the standard scores.
Kelly Williams reported on the Special Education program. Currently 96 students have some type of (Individualized Education Program) IEP plan. That will increase by the end of the year as they are currently testing more students. Home-schooled children are counted in that amount as well. Sixty-five students spend 80% of their day in a regular classroom setting.

Ashley Fossum, high school chemistry teacher, spoke on the ACT scores. South Shelby’s average science score was 18.4 compared to the state’s average of 19.3. Chemistry students’ science average was 19.0. The students with a lot of absences scored low. The Chemistry teacher started a new class called “Concepts of Chemistry” and changed her method of teaching and it has improved attendance and participation with good grades.

Justin Hagedorn, high school anatomy and biology teacher, spoke on EOC scores, and they are down with 73% of students scoring proficient or advanced and 37% scoring basic or below. The EOC test has been updated to meet the new Missouri Learning standards and update with a few of the struggled standards the students have had in the past. South Shelby is one of the lower schools around in the last three years.
Lisa Stevenson and Andy Roth, middle school science teachers, mentioned the Missouri Learning standards have drastically changed. 30% of the students scored in the top two levels, which is lower than expected. They have revised the curriculum to match the new state standards. All tests have been changed as well.

Stevenson shared her 7th grade science class field trip to Black Hawk Access which is past Philadelphia. This nature park makes learning and doing things in real life and having fun doing so. South Shelby has been recognized by the Missouri Department of Conservation for being a best behaved and mannered school district.

Stevenson said, “The Missouri Department of Conservation has shown interest in using our pictures they took of our students in their podcasts and possibly end up using them in the Conservationist.”

Kelly Williams, reviewed the Clarence Elementary Principal’s report: students collected food for Sharing Tree, First Grade wrote letters on How to Bake a Turkey and were published in local papers, held a Veterans Assembly, and Breakfast with Dads had 50 days participate. Teachers and Students met their academic goals for ELA and Math of increasing by five percent on Evaluate in November. Students and teachers are taking great ownership in their scores and growing with their goals through evaluate.

Katie Stueve reviewed the Shelbina Elementary Principal’s report: held a Veterans Assembly which was their biggest to date with 27 men and women veterans attending, Elementary Christmas program was successful and she thanked all of those who had a hand in it.
Curt Bowen reviewed the Middle School Principal’s report: thanked the coaches for their time and impact they have on the students, held Veterans Assembly, ASPIRE testing is complete, spot on with ACT scores, excellent projected data. Evaluate scores are headed in the right direction, lots of positives, drug testing completed for transportation and students, Basketball tournament went great, thanked all those who helped make it run so smooth, free and reduced meal verification is complete, Shelby Co R-IV is top of the schools technology wise as a district, and hunters education will be offered in January.

Scott Gough said, “I want to acknowledge you for your leadership Mr. Windsor, you and your counselors got us through a very difficult time last week. Your dedication and passion for our families in this district and what you do is top notch, great job.”

Deacon Windsor reviewed the High School Principal’s report and started out by bragging about how much empathy our students have for each other and how great our teachers are as a whole. Windsor congratulated those students who performed in different activities last month.

A discussion about what to do with building options was held.

Maddex brought up the fact that the district already has enough furnishings to supply the new building, so that will decrease the quote by $300,000.

Maddex said, “I really think it’s time as a parent, superintendent, and a tax payer to work out the pros in academics, and savings, costs, and transportation of moving students in and out. Make a decision of what is best for all schools.”

Department of Natural Resources gave the district a clear compliance on the lagoon. The district has applied for a new permit. Adding to the sewer from the new building is budgeted to comply and to upgrade the lagoon.

The building will give the capability to offer more preschool classes for the district.

Maddex said, “This new building should draw more preschool students district-wide and after purchasing some five point harness systems for the busses, the district can bus those students under the age of five.”

A survey was completed by 31 staff members regarding what they felt was needed in their classrooms and playground. The results are: 87.1% recommends 900 sq. ft. rooms with casework storage. 74.2% would like a sink in the classroom. 96.8% believes a bathroom is needed in a pre-k and kindergarten classrooms. 64.5% believes a bathroom is needed in the first grade classrooms. 96.8% would like a kitchenette in the work room and 71% have the work room far from the office. 61.3% recommends tile flooring over carpet or polished concrete. 100% would like to see Telephone Communication in each room to act as an intercom, phone, and alarms. Several suggestions were given for playground equipment. The playground will need to be divided for age appropriate equipment and security. Kindergarten through second grade will focused near the building and fenced in, as the third through fifth grade would have more expansive activities in their area.

“As designed, the bathrooms and storage rooms will be divided by each grade classroom,” said Maddex.

Gough said, “The flexibility of a new building is needed to move and share teachers around without having to travel either building to building or city to city.”

Maddex recommends the 900 sq. ft. design model since a lot of the current classrooms are over 800 sq. ft. currently, there is no need in going backwards to 750 sq. ft., and we need to move forward and prepare for growth.

Farrell asked, “What is Plan B, if the levy doesn’t pass in April?”

Maddex responded, “The board needs to discuss that by April. We will have community meetings to educate the voters.”

Gaines made a motion, pending voter approval in April, to move forward with a lease purchase on 900 sq. ft. per classroom facility with $200,000 transferred from the Operating Fund and have an approximately $.75/$100 assessed valuation levy increase.” Gough seconded it. Motion approved by a vote of 5-2.

L.J. Hart was approved to do the underwriting services for the lease and ballot, voted 5-2.

Bowen would like the district to purchase a software contract and software license agreement for Transfinder, which is a bus routing and scheduling system. Bowen and Maddex visited Macon Schools which have this program in place and were extremely impressed. The first year would be approximately $7000 with each year following approximately $3000. The bus system would cut down on daily costs and improve safety.

Gough made a motion to approve the purchase of Transfinder. Farrell seconded. Motion approved by a vote of 7-0.

Foreman made a motion to accept each resignation. Foster seconded. Motion approved by a vote of 7-0.

Meeting was adjourned for closed session.