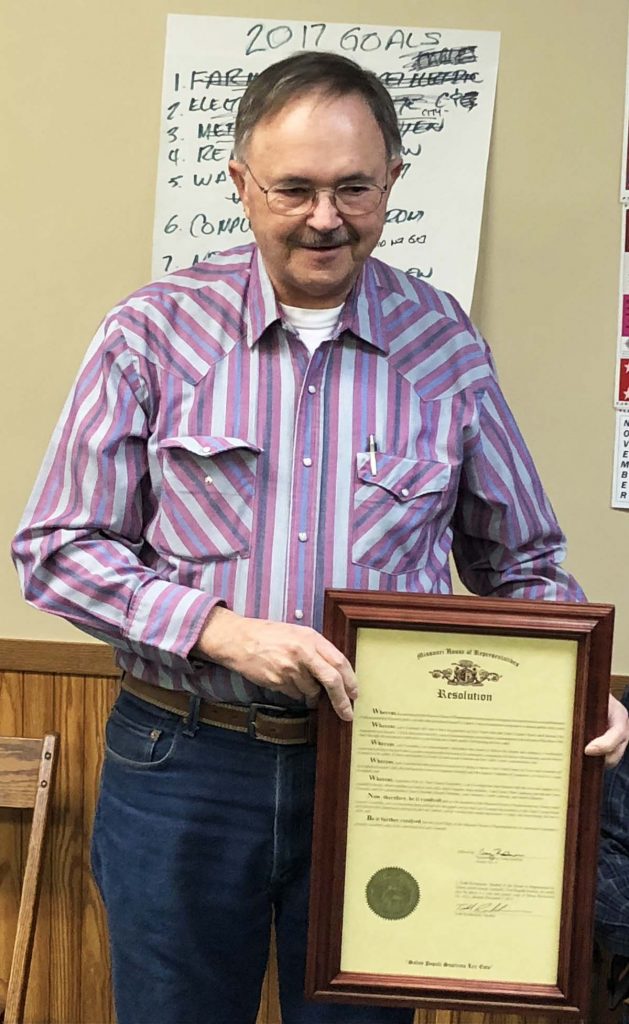 “I joined the fire department right after the fire on the southside of the square in February of 1967,” said retiring Kahoka Fire

“I was working at the Post Office at the time, and I had finished work so I went to help out at the fire. I joined at their next meeting.”

In his time as Chief, Fountain has responded to these major fire or incidents:

east side of square in Kahoka.

Service runs in the family. Lary’s father was on the first Rural Fire Association, back in 1958.

Things have changed a lot over Fountain’s tenure as Chief.

In addition to better trucks, the department has added better equipment and has better training.

The addition of bunker gear and SCBA (self contained breathing apparatus) allow firefighters to get into buildings to fight the fire at its source.

Communications has also improved. Gone are the days of the fire siren and fire phone. Back then, fires were called in to the light plant, which was manned 24 hours a day. The fire siren alerted firefighters, and the “fire phone” rang nine selected firefighters, who then used a calling tree to tell other firefighters where the fire was. Modern pagers, dispatched by the Sheriff’s office, now alert the firefighters. There are also fewer fires these days, which Fountain contributes to newer construction and better wiring. He remembers one year with 70 fires in the city and 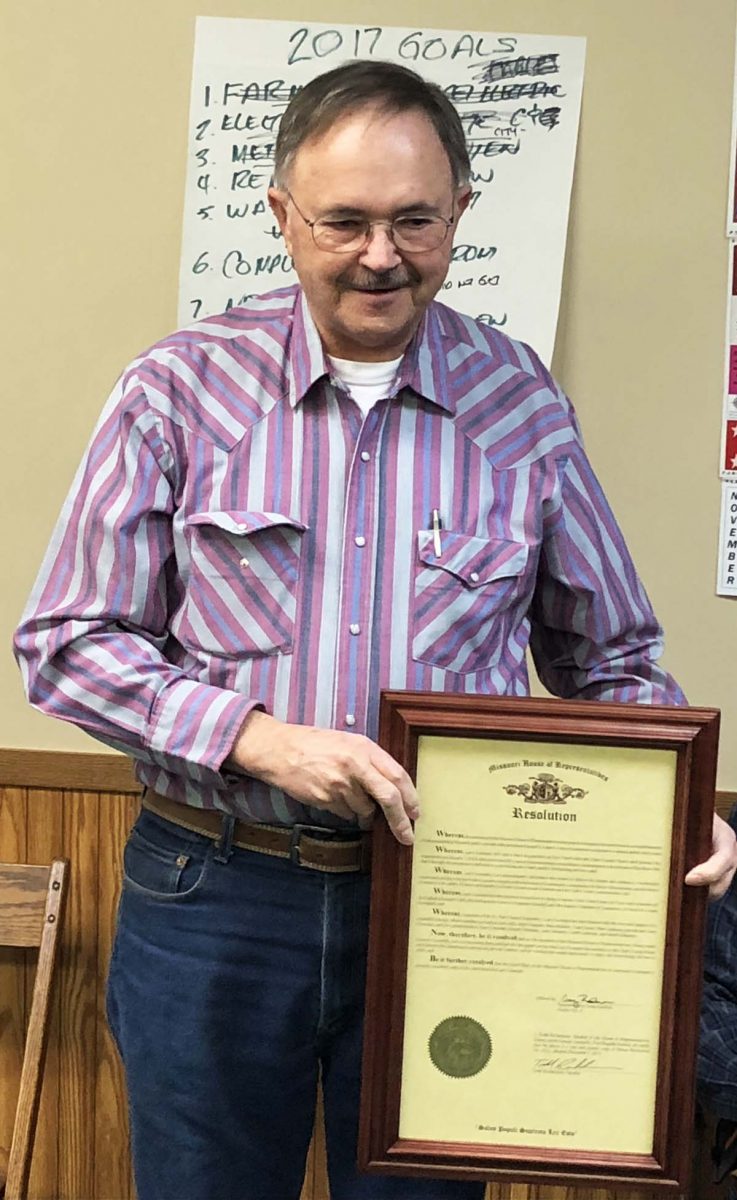 Kahoka Fire Chief Lary Fountain was recognized with a Resolution from the Missouri House of
Representatives honoring his 50
years as a Kahoka firefighter.

county. By comparison, 2017 has had 26 total fires. Another big change is the number of volunteers. More people worked locally and were available in the past.

At last Monday’s Kahoka Board of Aldermen meeting, Fountain was honored.

“It has been my honor and privilege to work with Lary,” said Jim Sherwood.

“We appreciate everything you have done for the City of

Lary will retire at the end of the year.

I asked Lary if he would miss it.

“I probably will, to start with,” he answered. “But not so much on a cold winter day.”

Congratulations, and thank you!