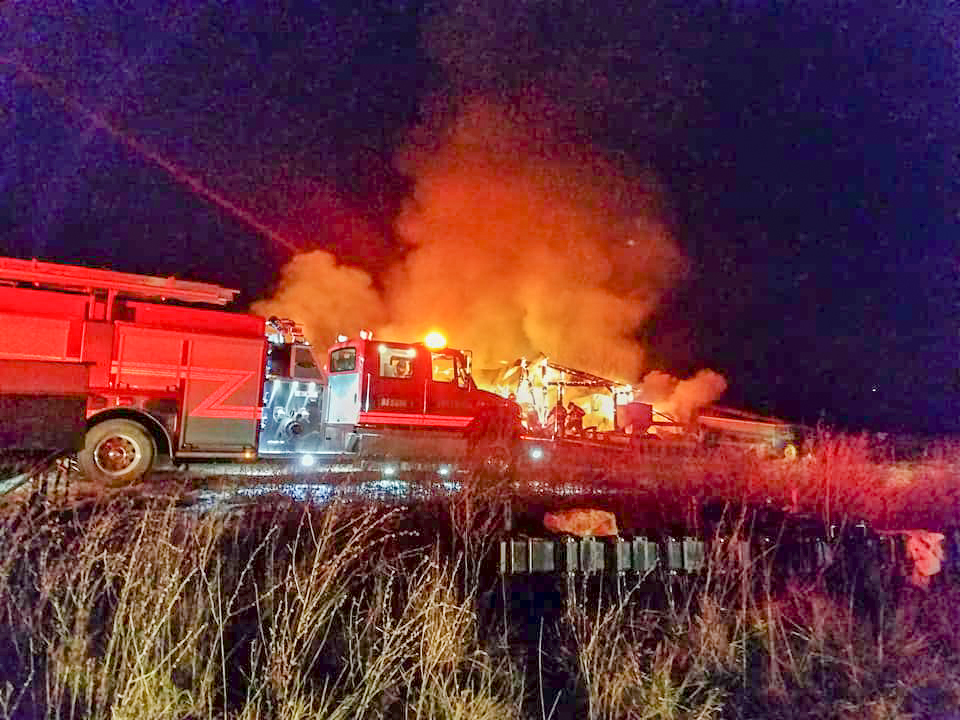 A barn was completely destroyed by a fire, on Thursday, December 28, at approximately 10:40 p.m., northwest of Shelbina on Shelby 328.

According to information released by the Shelbina Fire Protection District, when arriving at the scene the barn was fully engulfed in flames. The barn and several large bales of hay were destroyed in the fire.

Wilt said it took them about 30 minutes to put the fire out.

“We have no idea what started the fire since the barn did not have electricity,” said Wilt.

SFPD was assisted by the Shelby Community Fire Department and Shelby County 911.

The barn was owned by Dale and Audrey Buzzard, Shelbina.