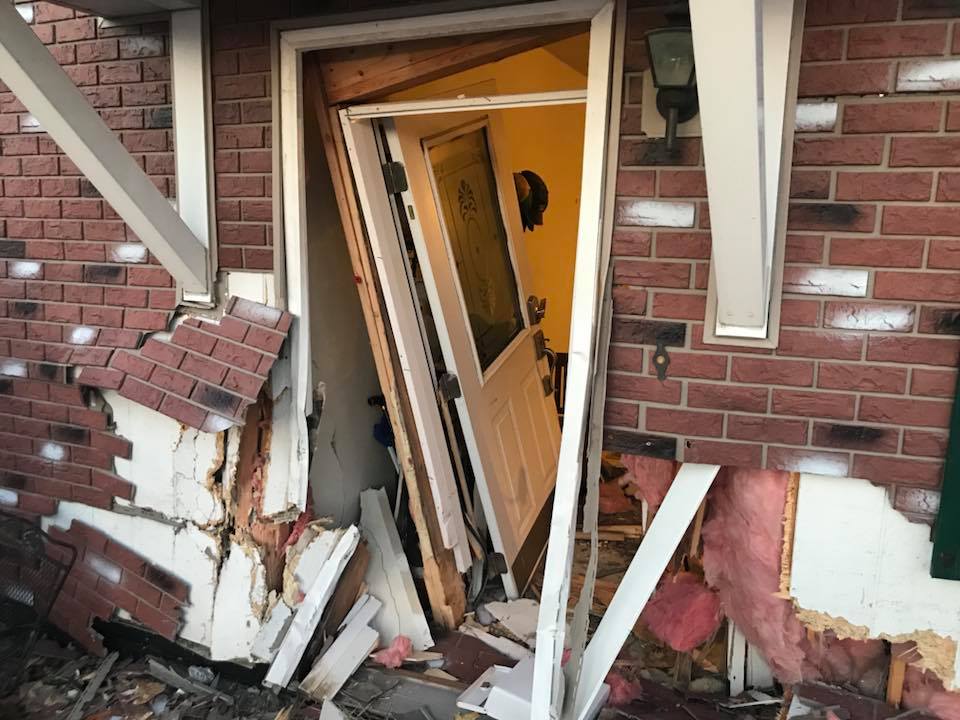 Charles and Dee Foreman had a rude awakening at 3am, Thursday, January 4, when a car hit their home.
The Clarence Fire Department responded to a Chevrolet Capris car which had ran into a house on Hwy 36, east of the Shelby County line curve at 3am outside of Clarence.
The house, owned by Foreman, received a considerable amount of damage from the car which was driven by Danny Rosenthal.
Rosenthal crossed the median of Hwy 36’s, four lane highway, and ran into Foreman’s house. The car ripped a door off and skimmed a brick wall of a bedroom.
According to Foreman’s grand-daughter, Kristin Magruder, “The driver smelled of alcohol.”
Clarence Police Chief, Raymond Barton said, “Rosenthal was drunk and this was his first DWI.”
Missouri Highway Patrol Officer, Nelson, stated, “Rosenthal was taken to the Shelby County Jail.”
According to the Shelby County Sheriff’s Office the case is under investigation and can not comment any further.”
No injuries were reported. Clarence Fire Department was assisted by Clarence Police Department, Shelby County Sheriff’s Department, and Missouri State Highway Patrol.
One truck and six Firefighters responded and were on scene approximately 45 minutes.
All suspects are innocent until proven guilty in the court of law.