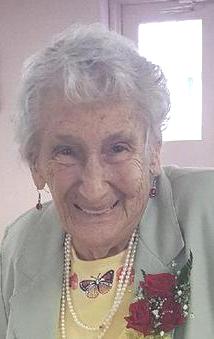 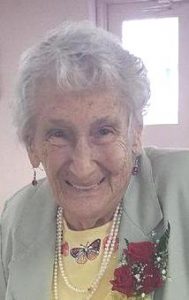 She was born November 3, 1924 in Mendon, IL, the daughter of Cornelius and Gladys Irene Poling Van Blair. She married Rollie Robert Moore on November 1, 1947 in Quincy, Illinois. He died January 23, 1983.

Mrs. Moore was a member of the Philadelphia Baptist Church in Philadelphia, MO. She attended school in Mendon, IL and worked for Motorola in Quincy for several years.

Funeral services will be held Friday, January 5, 2018 at 2:00 p.m. in the Ball-Davis Funeral Home in Ewing, MO with Reverend John Moore and Reverend Roger Stevens officiating. Burial will be in Durham Cemetery in Durham, MO. Visitation will be held Friday from 1:00 p.m. until the time of services in the funeral home.

The family suggests memorials be made to Ewing Senior Housing in Ewing, MO.