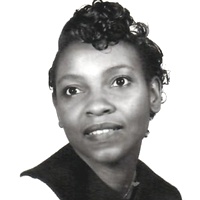 Edna M. Buckner, 89, was called to her heavenly home Saturday, January 13, 2018 from Country Aire Retirement Estate, Lewistown, Missouri.  Born in Hunnewell, Missouri, Edna was the daughter of the late George and Reca Robbins.  She was a lifelong member of the First Baptist Church, Quincy, Illinois.

Edna was renowned in the restaurant business in Quincy for many years. She was known especially for her biscuits and gravy in several establishments including Black Angus, Stewart’s and Taylor’s Country Kitchen.

In her later years, Edna indulged her love of the little ones by working at Cheerful Home.  Following that, she worked at Quincy Peoples Savings and Loan and American Savings Bank.

Edna is survived by her son, William E. Buckner, Jr. (wife, Marsha); grandchildren, William Tyrone “Ty” Buckner, Troy Stuke and Trina Karl; a nephew whom she raised as a son, Robert Leon Robbins; and one sister-in-law, Vernie Robins; as well as numerous nieces and nephews.

Funeral services will be held 11:00 a.m., Saturday, January 20, 2018 with visitation starting at 10:00 a.m. at the Coder Funeral Chapel, LaBelle, Missouri.  Officiating will be her nephew, the Reverend Lindell Robbins.  Burial will be at the Greenmount Cemetery, Quincy, Illinois.