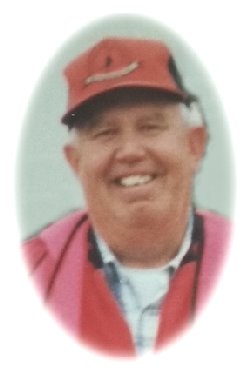 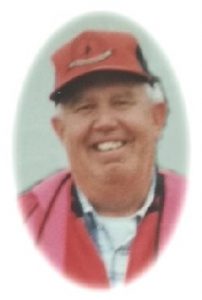 Larry was born on April 11, 1944, in Kirksville, Missouri, the son of Otho “Bill” and Lavon Pruett Doss.

Larry grew up on the farm Northeast of Edina, Missouri and attended the Glendale Rural School before graduating from the Edina High School in the Class of 1962.

Larry served his country in the United States Navy and returned to Baring, Missouri where he was employed by Earl Dromey and Hustead Trucking before moving to Phoenix, Arizona. He drove for (CTI) Concrete Transportation Incorporated for 20 years before retiring and moving to Flagstaff.

On July 11, 1987, in Flagstaff, Arizona, Larry married Donna Lorraine Hamilton and they celebrated more than 30 years together.

He then began driving for Yellow Freight out of Flagstaff, Arizona and Kansas City, Missouri, before retiring in 2007. They returned to Arizona and Larry drove a school bus in Heber, Arizona for the past 9 years.

Larry enjoyed traveling, camping, and boating, his favorite place was at Roosevelt Lake, where he was camping his last days.

Larry is survived by his wife, Donna of Heber, Arizona; three sons, Ron and Jill Nordstrom of Chandler, Arizona, Kenny and Dianne Nordstrom of Tempe, Arizona, and Josh Doss of the home in Heber, Arizona; a daughter, Brianna Doss of Sandy, Utah; a brother, Earl and his wife Pat Doss of Yuma, Arizona; two sisters, Joyce and her husband, Tom Newkirk of Fresno, California and Janet and her husband, Larry Smith of Waukee, Iowa; four grandchildren; Kendi and Dian Nordstrom, Jerry Brandenburg and Russell Nordstrom; a great grandson, Arik Brandenburg; along with several nieces, nephews, cousins and a host of friends.

Larry was preceded in death by his parents Bill and Lavon Doss; step father, Les Ladwig; and a brother, Gerald and Evelyn Doss.

Military Graveside Honors will be at the Veterans National Cemetery in Phoenix, Arizona will be at 10:30 a.m. on Friday, January 26, 2018.

An expression of sympathy in memory of Larry Doss may be left to the Overgaard Ponderosa Lions Club to be used for the Leader Dog Program. A memorial may be left at or mailed to the Doss Funeral Home 208 N. 4th Street, Edina, Missouri 63537.