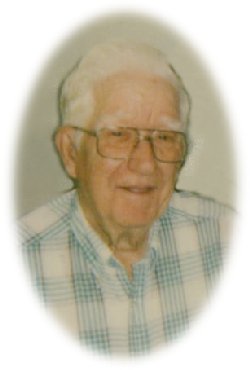 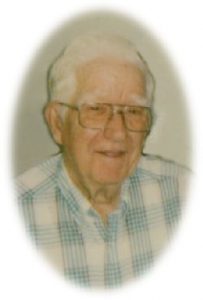 Fred was born on June 26, 1929 the oldest of seven children born to Frederick William and Frances Jones Schuermann. He was born in Quincy, Illinois, in the area now known as Sid Simpson Park.

He attended Linn Grove and Leroy Rock Country Schools in Quincy’s south bottoms before graduating from the Berrian Junior and Senior High School, in Quincy, Illinois, in the Class of 1947.  Fred also attended police training refresher courses in Champaign Urbana, Illinois.  He retired from active duty from the Quincy Police Department due to health reasons in October of 1971.

In May 1947, Fred married Mildred A. Murphy in Palmyra, Missouri and three children were born to this union.

On March 20, 1971, in Edina, Missouri, Fred married Barbara Lou Parton McGlothlin and they celebrated more than forty-six years together.

His hobbies included hunting, fishing, camping and just being outdoors enjoying all of God’s creations.

Fred was preceded in death by his parents, Fred Schuermann in 1989 and Frances Schuermann in 1987; a son, Frederick William Schuermann III in 1988; a daughter, Cathy Lee Coultas in 1989; a grandson, Clint A. Thomas;  two brothers, Vernon Henry “Dutch” Schuermann and Paul Lewis Schuermann in infancy; and a sister, Evelyn Esota Rees.

Funeral Services will be at 11:00 a.m. on Monday, January 22, 2018, at the Doss Funeral Home in Edina, Missouri, with Pastor John Bode officiating.

An expression of sympathy in memory of Fred Schuermann may be left to the Edina First Baptist Church or the Knox County Nutrition Site. A memorial may be left at or mailed to the Doss Funeral Home 208 N. 4th Street, Edina, Missouri 63537.