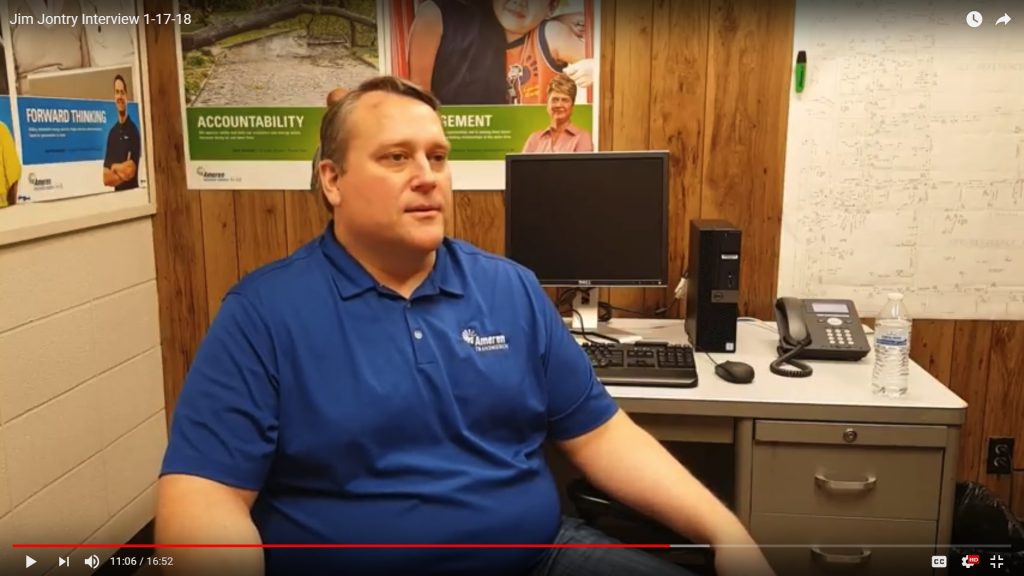 This video was recorded by Echo Menges on Wednesday, January 17, 2018, with the Project Manager for the Mark Twain Transmission Project, Jim Jontry, at the Ameren Missouri office in Kirksville.

Jontry candidly discusses the next steps in moving the MTTP forward, now that the final approval from the Missouri Public Service Commission has been granted.

Read the story that accompanies this interview in the January 24, 2018, edition of The Edina Sentinel.

Click here to read our past coverage of the MTTP.