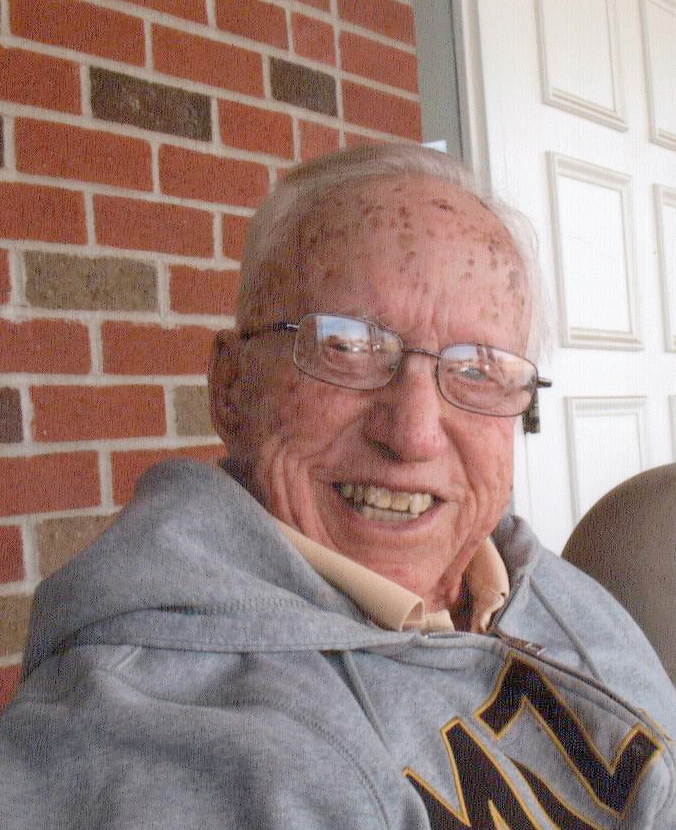 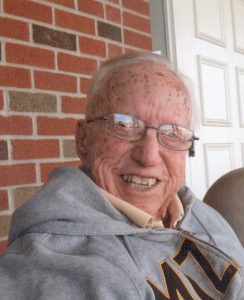 Sam Spees, 92, of Columbia, Missouri, passed away Thursday, Feb. 15, 2018.
A memorial service will be Thursday, February 22, 2018, at 10:00 a.m. at Lenoir Woods.
Sam was born September 5, 1925, to Gayle and Mary Love Spees on the family farm in Newark, Missouri.
He graduated from Edina High School in 1943. Sam was active in sports playing baseball in school and the military.
As he was underage, Sam forged his father’s signature to enlist in the US Army Air Corp in 1943. He remained stateside during WWII and was honorably discharged in 1946.
Sam graduated from Kirksville State Teacher’s College (Truman) with a BS in Science and Masters in Secondary School Administration. While attending college, he was offered a minor league contract with the St. Louis Cardinals.  He chose teaching and coaching.
Sam taught and coached for two years at Shelbyville High School. He took his team to the state championship. His 1950-1951 season, resulted in 30 wins and six losses. Norm Stewart was a starter on that team.
Sam married Della Mae Rouner on June 15, 1947. To this union, two children were born, Suzanne Spees of Ashland and Teresa Raines of Scott City.
In 1951, Sam started his 40 years sales career with Harcourt, Brace, Jovonovich Publishers. He traveled the state selling textbooks to schools.
After retirement, he continued his love of playing golf and following MU and pro sports and living a full life.
Survivors include daughters, Suzanne Spees and Teresa Raines (Mark); granddaughters, Amanda Grim (Dave) of Mason City, Illinois, and Erin Wolfhope (Jeff) of Hickory, North Carolina; great-grandchildren, Bradyn Grim, Lucas and Griffin Wolfhope; sister, Mary Helen Dalton; nephew, Gayle Lampson; nieces, Diane Schmitz, Dana Schnorr, and Jana Cozzens.
He was preceded in death by his wife, Della Mae in 2011.