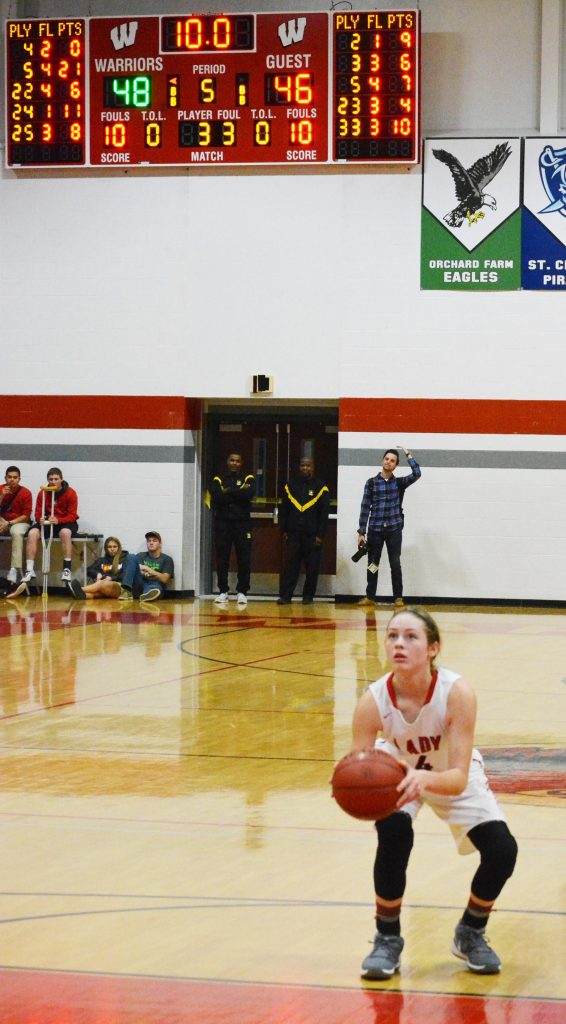 The Clark County Lady Indians punched their ticket to the final four in Springfield with a nail-biting overtime win on Saturday. 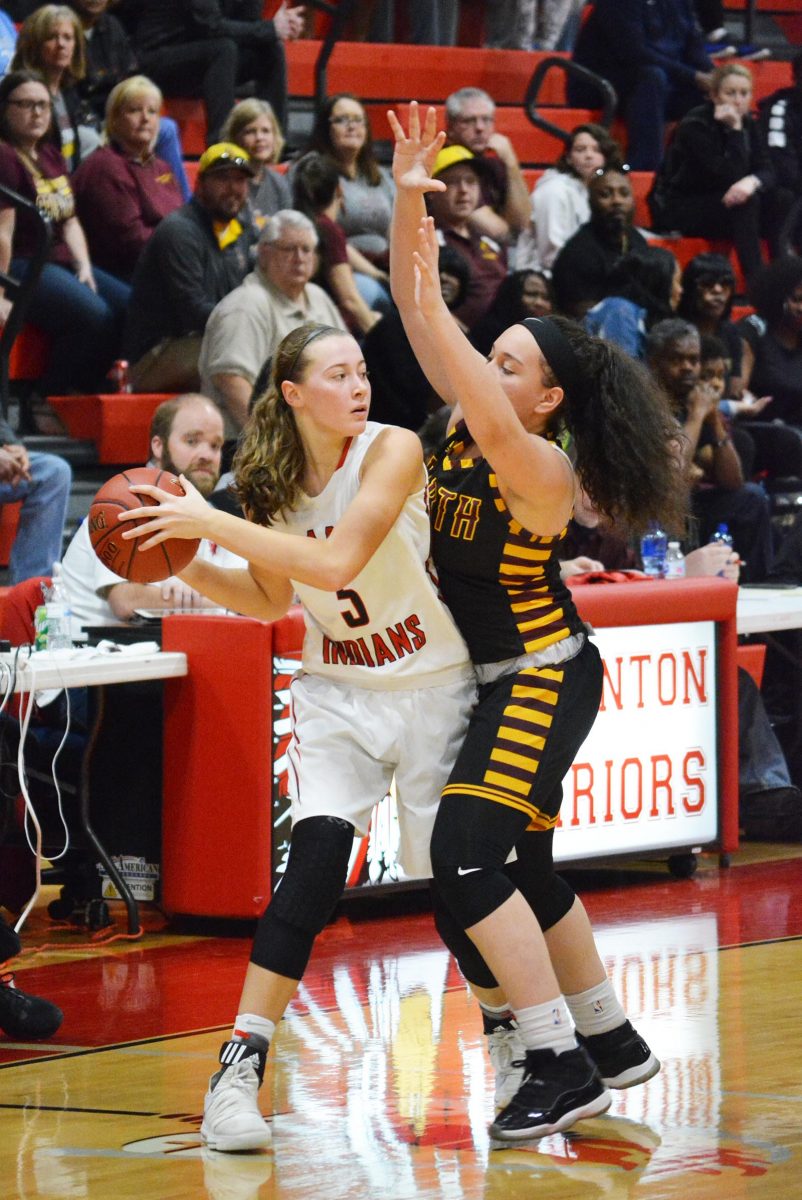 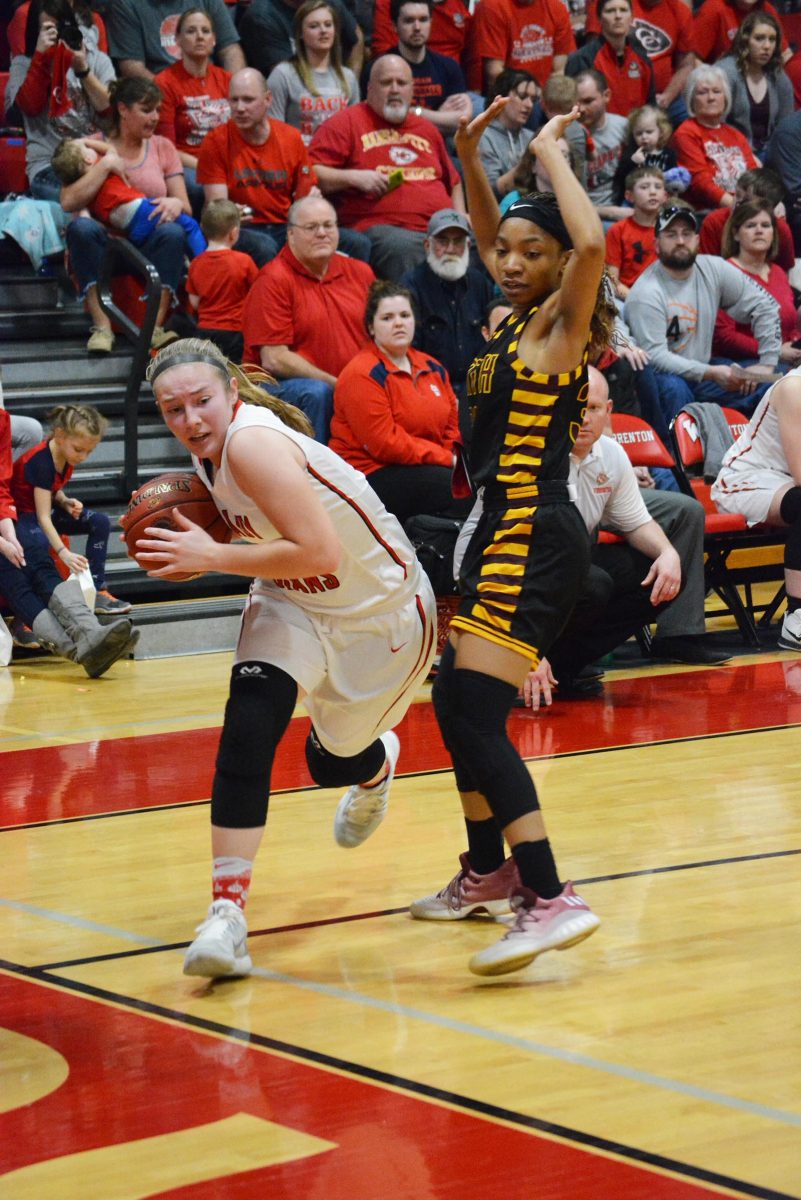 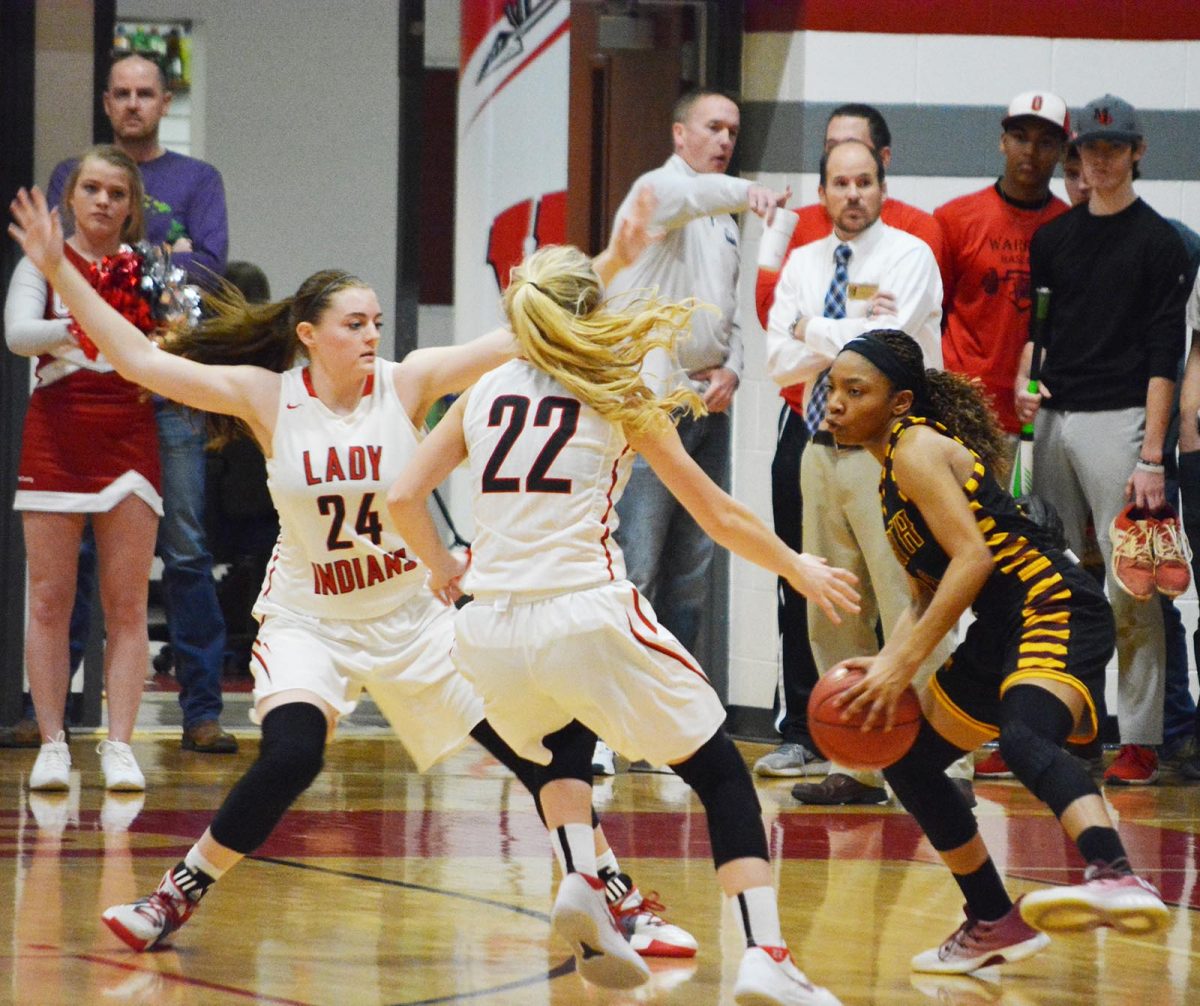 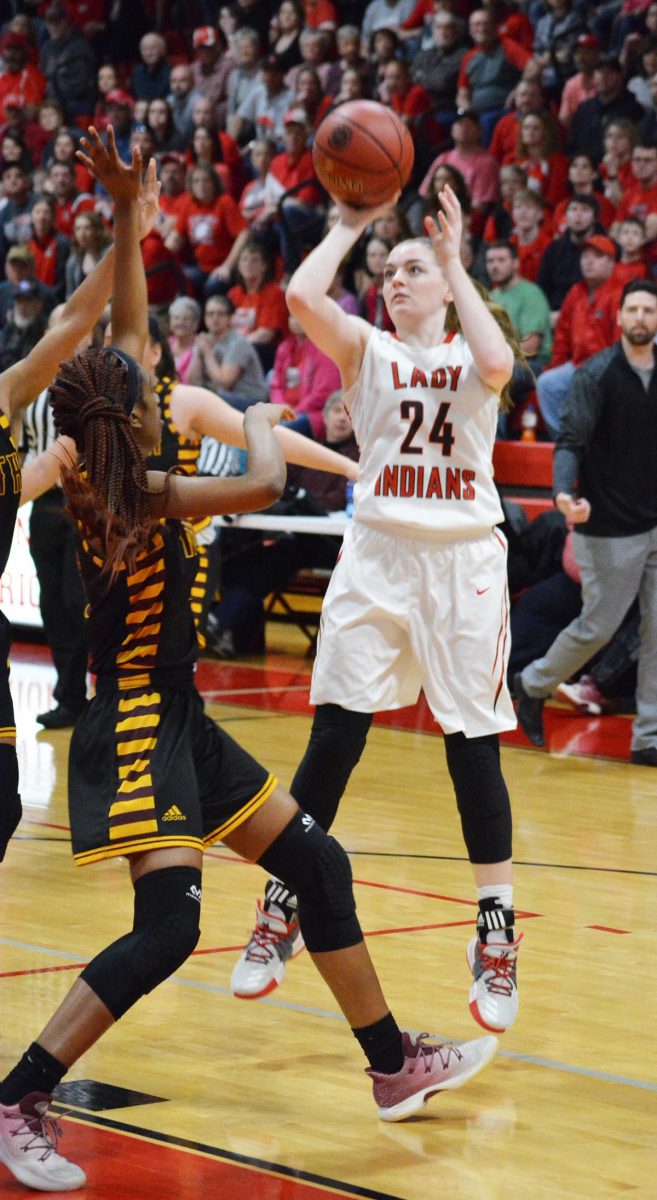 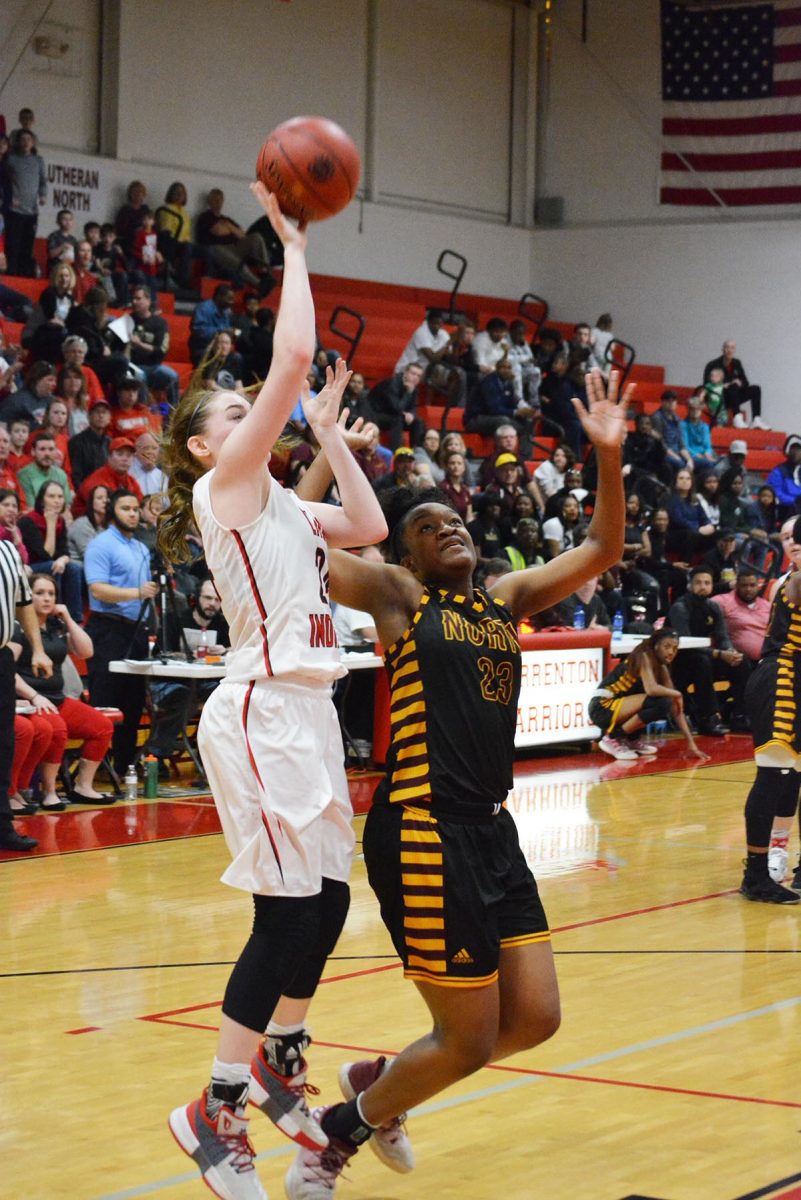 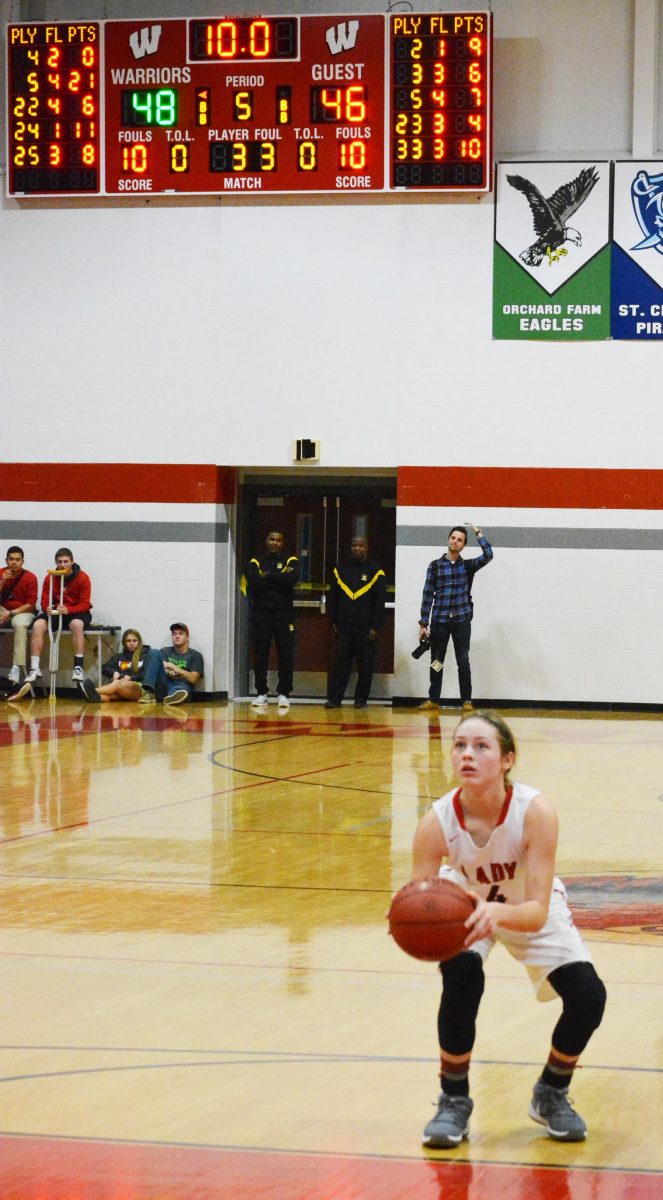 The Clark County Lady Indians punched their ticket to the final four in Springfield with a nail-biting overtime win on Saturday.

In a rematch of 2017 quarterfinal, the Lady Indians again faced the Crusaders of Lutheran North.

“We prepared them with some game film that was sent to us by other coaches, as well as our experience from the big moment of last years game,” said Lady Indian Head  Coach John Weaver.

Their preparations worked, as Clark County controlled the tempo of the game in first half, building from a 7-4 first quarter lead to a 22-12 lead at halftime.

“We slowed the pace down in the first half.  We wanted to have long possessions on defense to slow them down and then really focus on our rebounding and I thought we did a great job of it!  We also handled their pressure which was a huge focus early in the game and we hit some timely shots,” Weaver said.

The third quarter belonged to the Crusaders, who erased the Clark County led to go up by three with a long three pointer at the buzzer.

“The third quarter was an example of why Lutheran North is so good.  They turned us over in the full and half court and really sped us up offensively.  Their athleticism and strength as well as the pace of the game was in their favor and that is why they regained the lead and went on a 17-2 run,” Weaver noted.

Lutheran North pulled to a six point advantage in fourth quarter, but the Lady Indians battled hard to keep it close.

A Carissa Bevans three pointer with 4:05 remaining tied the game at 32 each.

Bevans and Aubry Boulware hit back to back three pointers late, and Maggie Schutte hit a long two pointer to put Clark County on top with less than a minute in regulation.

The Crusaders answered, sending the game into overtime tied at 41.

The Lady Indians hit only one basket in OT, but seven of eight from the free throw line, including Drenda Hess’ pair with just 10 seconds left in OT to put Clark County up by four.

Lutheran North scored quickly, and the Lady Indians got the ball inbounds to Hess as time ran, giving Clark County the 50-48 win.

“We hit a big bucket from Hess to Abby Brown on the block to take the first OT lead, and got huge defensive stops in overtime and made seven of eight free throws to secure the win.  This was a huge win for our program.  Watching these seniors and the rest of our team celebrate after the biggest win of their careers was really special.  We fought so hard and executed at the right moments to give ourselves a chance to win in the 4th quarter and overtime, and they all stepped up and made big plays against a team that knocked us out last year in the Quarterfinals and had all 5 starters back.  Abby Brown had a huge game with 21 points and 17 rebounds – the biggest of her career.  This win is not only for our players and coaches, but for the whole community and past players that have help our program get to this point.  Looking forward to a fun week of practice and excitement from our fans and community!” said Weaver.

Brown lead the Lady Indians with 21 points and 17 rebounds.  Bevans had 10 points, and Boulware had eight.    Schutte had six, and Hess and Brooklyn Howe had two points each.

The girls will play California at the John Q. Hammond Center on the Missouri State campus in Springfield at 4:30 Friday afternoon.  The winner will advance to the championship at 6:20 on Saturday evening.  The third-place game will be at 11:00am Saturday.