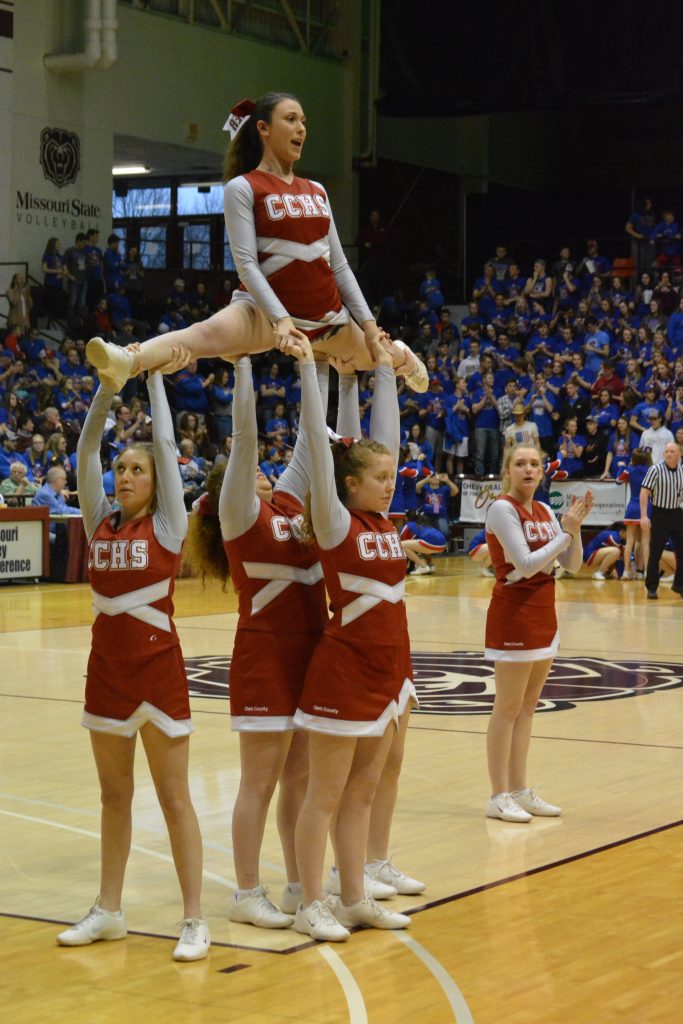 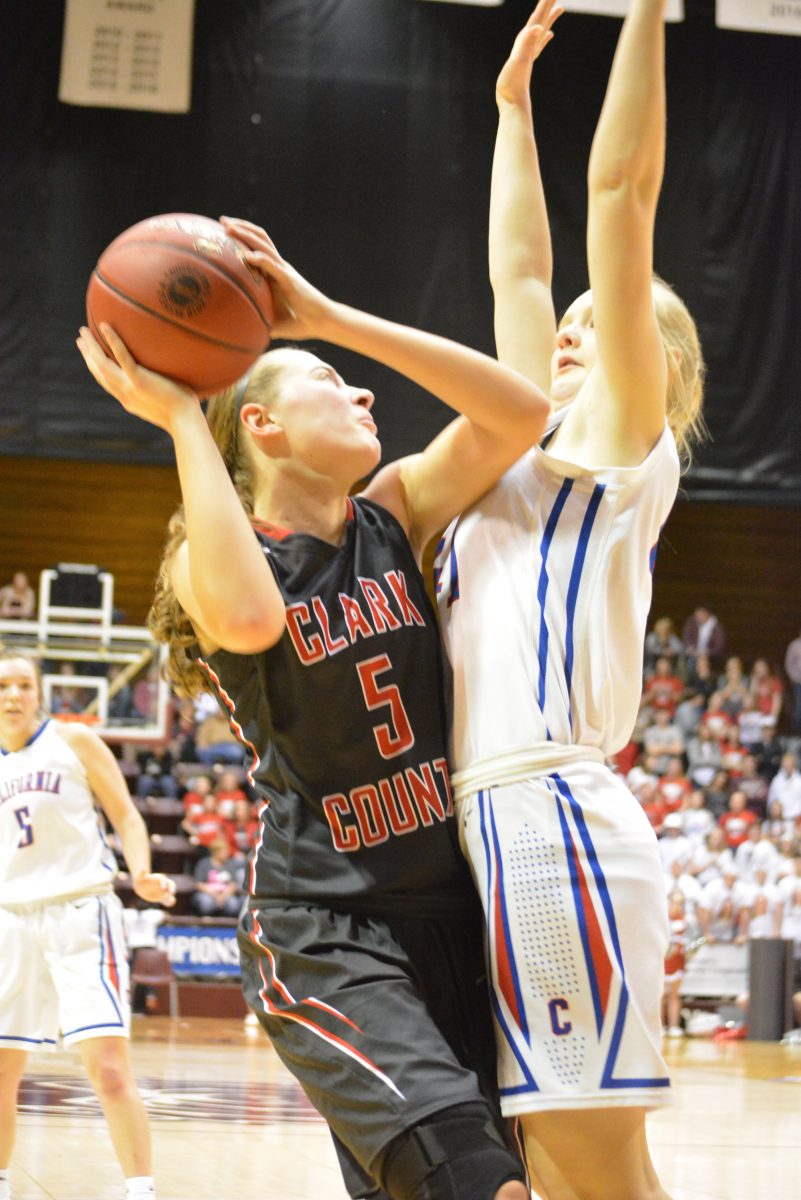 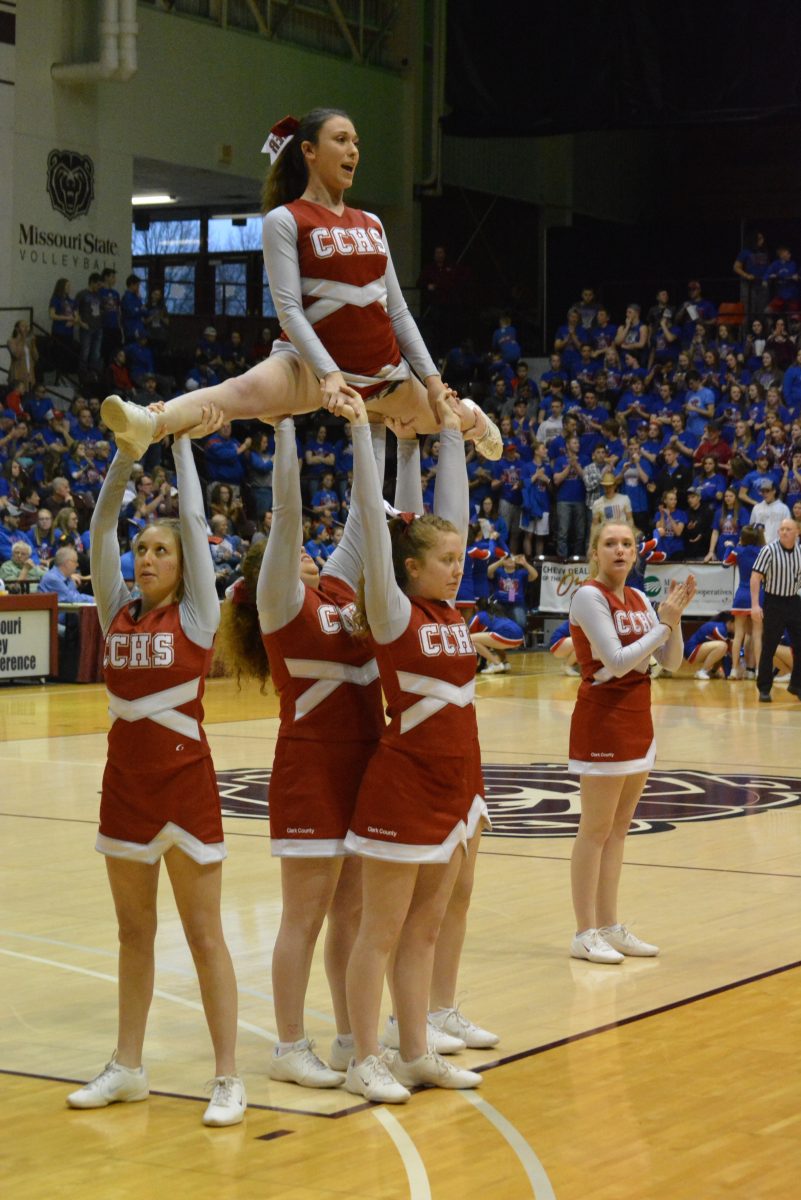 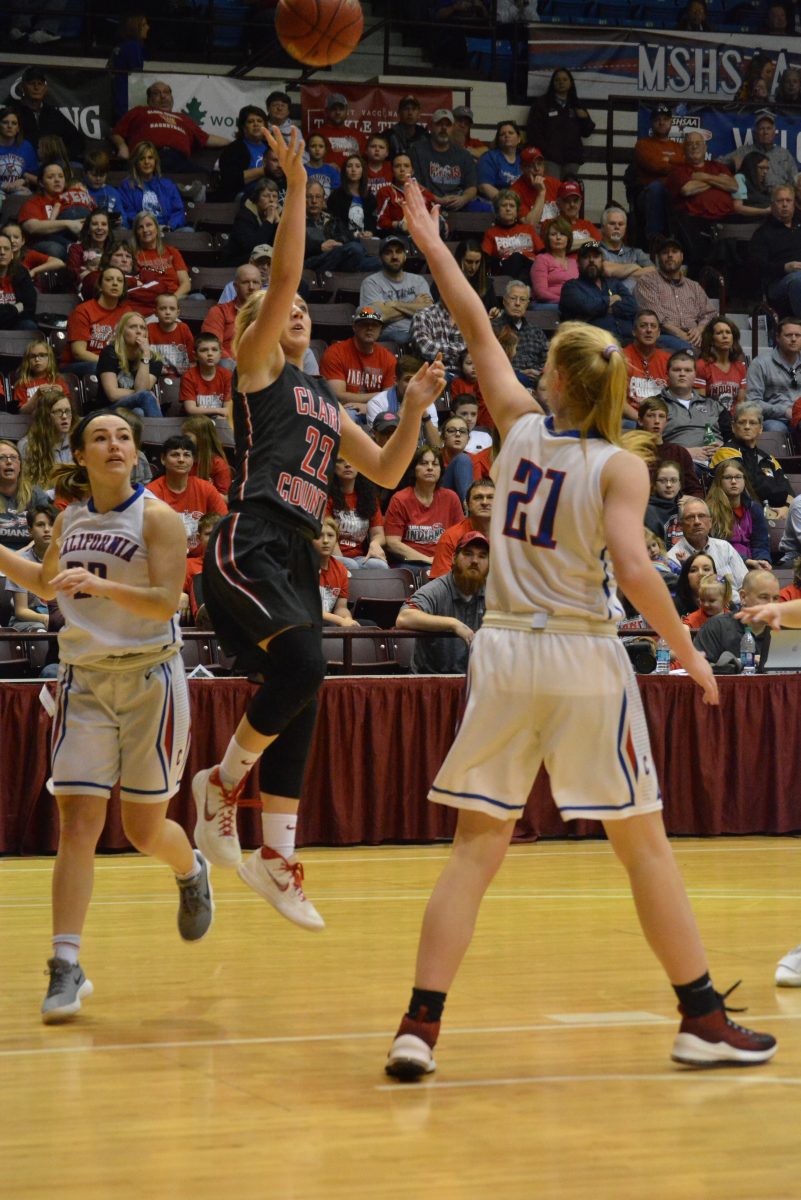 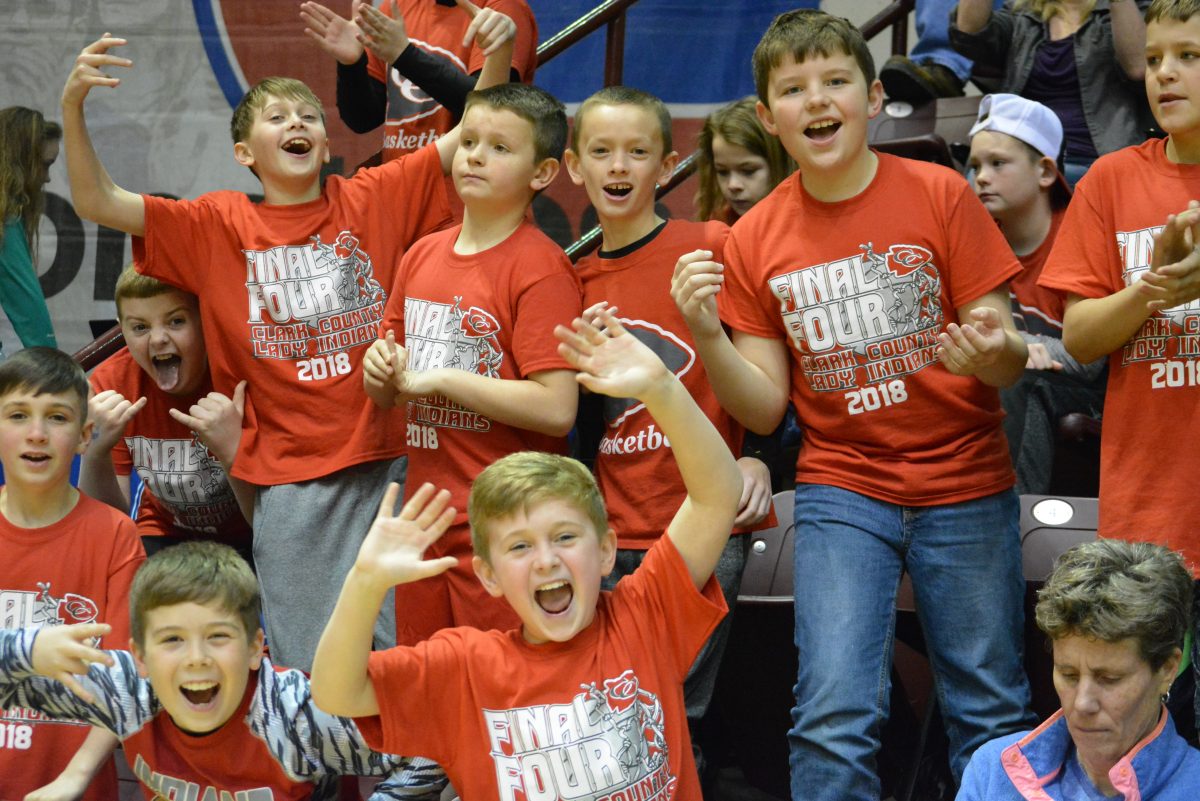 Clark County’s trip to the final four ran into a disappointing Class 3 girls semifinal match against California on Friday, on the floor of the Hammons Student Center in Springfield, Missouri.

California rained in 11 three points, most falling the second half.

The Lady Indians were outscored 14-6 in the first quarter. The Lady Indians didn’t score for more than four minutes in the second quarter, when Linzi Sedore hit a short jumper.
and trailed 29-16 at half.

The Pintos outscored the Lady Indians 21-13 in the third quarter. Abby Brown hit a three pointer, a jump shot and layup for seven points the quarter.

Both teams added 10 points in the final eight minutes, and Coach John Weaver cleared his bench with a a little over two minutes remaining.

Abby Brown led the Lady Indians with 11 points, and Maggie Schutte had 10. Aubrey Boulware had seven points, and LInzi Sedore finished with four. Carissa Bevans, Drenda Hess, and Jade Ross each had two, and Emma Elam had one point.

The Lady Indians will face the Winfield Warriors at 11am on Saturday. Winfield was defeated by defending state-champion Strafford 67-50.

Make sure to pick up next week’s edition of The Media for more game stories and photos.