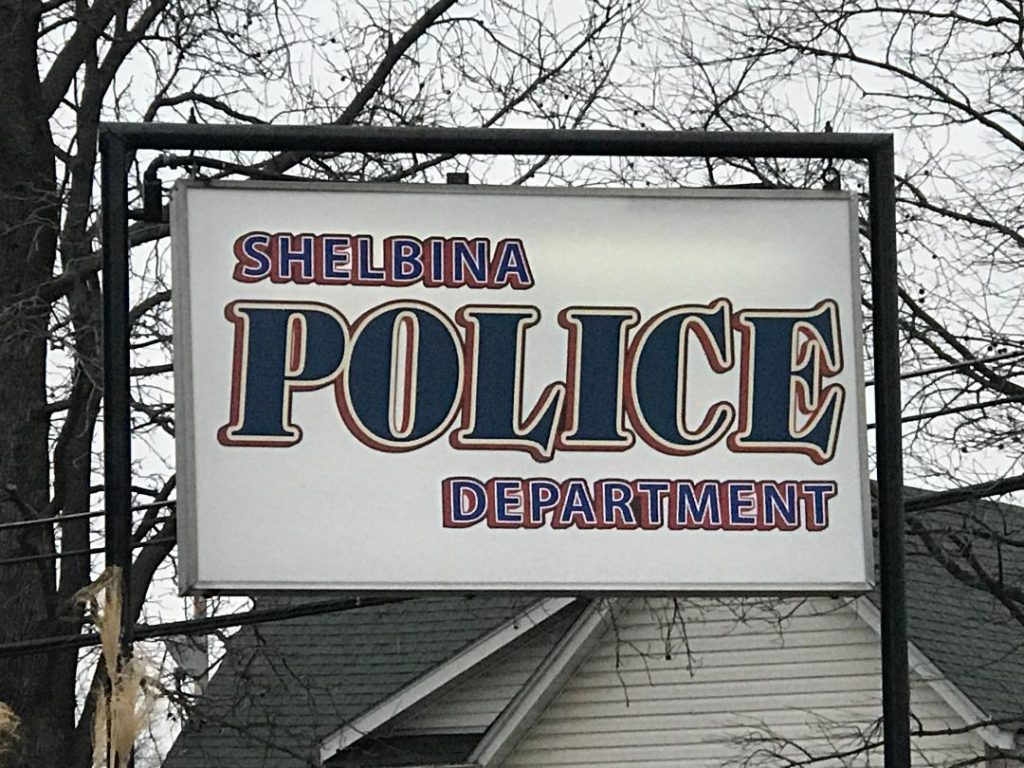 By Echo Menges and Marlana Smith

The former Shelbina City Marshal resigned his position in 2013 subsequent to a complaint about sexual misconduct, which was brought to the attention of the Shelbina City Council.

The City Attorney candidly told the Sheriff about a meeting he had with the alleged victim and his or her spouse, the details of the incidents involving Dovin include an alleged sexual assault, smacking the victim on the buttocks, and alleged harassment.

The City Attorney wrote the Sheriff, “Before I could decide how to deal with the issues raised by (the victim), Daniel informed me of his intent to resign from office. After his resignation, I no longer have any reason to continue my investigation.”

According to a legal document between the City of Shelbina and Dovin titled “Agreement and Release” signed by Dovin and Shelbina Mayor Al Dimmitt dated April 30, 2013, the City of Shelbina agreed “not to file any type of litigation against Dovin arising from the circumstances surrounding his resignation of office with Shelbina.”

The document does not pinpoint the exact reason for Dovin’s resignation from his elected position as the Shelbina City Marshal, nor does it describe any wrongdoing on the part of the former City Marshal.

The document states, “This agreement is entered solely for the purpose of avoiding the cost and expense of litigation.”

The Shelby County Herald reached out to the City of Shelbina and Sheriff Perrigo for more information about the incidents surrounding the resignation of Dovin.

According to Mayor Dimmitt, no one representing the City of Shelbina reported the alleged incidents involving Dovin to any other law enforcement agency, the Shelby County Prosecutor or the Missouri Police Officer Standards and Training (POST) office following Dovin’s resignation.

“When a formal complaint of misconduct is made, it is taken very seriously. A person may file the complaint to his or her direct supervisor. If he or she is not comfortable with that, the complaint can be made to the City Superintendent, City Clerk, Mayor or any of the City Council members. When a formal complaint is made, the city conducts a thorough investigation into the complaint. Upon completion of the investigation, the city would make a recommendation for legal action, if appropriate. In addition, the City would thoroughly investigate the alleged perpetrator and evaluate his or her future employment status with the city,” said Mayor Dimmitt who confirmed the City’s protocol for handling a complaint against a city employee was followed when the complaint was made against Dovin in 2013.

A Sunshine Law request for information was issued to Sheriff Perrigo requesting any information available involving a possible criminal investigation into the alleged incidents involving the former City Marshal in 2013.

Sheriff Perrigo was asked if he or anyone representing the Shelby County Sheriff’s Office conducted an investigation into the allegations against Dovin in 2013, and, after receiving the letter detailing the incidents from the City Attorney, if the Sheriff reported the incidents to any other law enforcement agencies, the Prosecutor’s office or the Missouri POST office. The Sheriff was also asked to provide information detailing the procedures and protocols of the Shelby County Sheriff’s Office when allegations are made involving possible police misconduct/harassment/assault by law enforcement officers working within Shelby County, Missouri.

The Sheriff simply responded, “I’m in receipt of your request for investigative records. We have no open records to supply you regarding any alleged incident you mentioned with Daniel Dovin.”

According to the Shelby County Prosecutor Jordan Force, in 2013 there was a request for a special prosecutor to determine if there needed to be an investigation or subsequent prosecution. Macon County Prosecutor Josh Meisner was appointed as the special prosecutor due to a conflict of interest, which is common when an investigation involves officials working within the same county or jurisdiction.

Criminal charges were not filed against Dovin.

Dovin has denied allegations he acted inappropriately prior to resigning as the Shelbina City Marshal in 2013. He has issued a statement to the Shelby County Herald, which is included below:

My first inclination was to not even address this obvious smear campaign!  But then I decided that my supporters and anybody else that takes an interest deserved to hear my side.

A document that is full of hearsay, inaccurate and unsubstantiated information was written 7 months AFTER my resignation.  This document was then given to the Shelby County Sheriff’s Department along with a verbal request for an investigation to the Sheriff from John Wilcox, Shelbina City Attorney.  Absolutely no charges were ever filed after an investigation was conducted.  Keep in mind, the Shelbina City Attorney made this request on November 26, 2013.  Wilcox made this request t o an agency that he obviously felt was adequate in conducting the investigation.  November 26, 2013 was approximately two weeks prior to the opening for the registration of the April 2014 Municipal Election in which Marshal Fenton was getting to run for his first election.  The only conclusion that can be drawn from this is that the intent of the release of this information at that time was again a coerced smear campaign for which the City of Shelbina felt I would probably run in.  It was never my intention to file for candidacy or to run for City Marshal in 2014.

I want to make sure it is known that at the time of my resignation, I resigned my office for personal reasons.

Four years and four months later, after I have filed my candidacy for City Marshal in the April 2018 election, this information was released to a media outlet.  I find it such a blatantly obvious smear campaign.

My goal is to serve the citizens of Shelbina in the same professional manner that I had done prior to my resignation.  I hope that everyone can see the release of these documents for what it is, an inaccurate attempt to sway the public’s opinion.

All of the documents obtained by the Shelby County Herald, questions submitted to the City of Shelbina, Sheriff Perrigo and Dovin, along with the answers received, will be published on our website, nemonews.net.

2-28-18 Questions and Response from Dovin