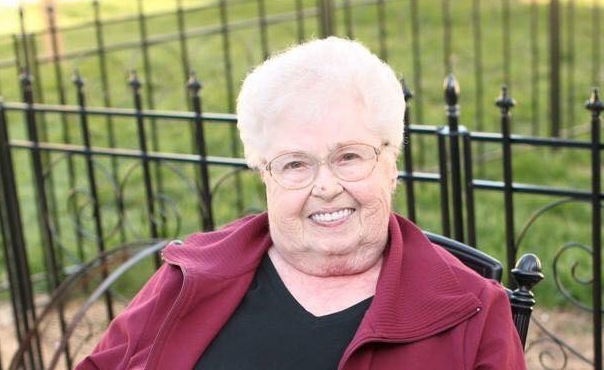 Nadean Latimer went peacefully to heaven on March 13, 2018 in Columbia, Illinois, at the age of 79.

Born on September 28, 1938 in Winigan, Missouri, Nadean was the daughter of Cecil and Christena Bunch. She moved to Kirksville as a little girl, where she grew up and raised her three children with her late husband, Russel Bohanan. She later married Richard “Dick” Latimer of Edina.  They lived in Edina for years, where many memories were made on the farm.  During that time, Nadean worked for Sparks Clinic for more than 20 years as office manager.  In 2006, she moved to Illinois to be close to her daughter.  Nadean had a contagious personality and was loved by everyone she met. She loved bringing her family together around the table with her home cooked meals, and treating her grandkids to powdered doughnuts. Nadean loved her little dog “Cookie,” planting flowers, and playing BINGO.

She was preceded in death by her husband, Dick Latimer, her sister, JoAnn Worder, and her sister-in-law, Nance Bunch.

A mass in celebration of her life will be Friday, March 16, 2018 at 2:30pm at Mary Immaculate Catholic Church in Kirksville, Missouri, with a gathering to follow.