Edina, Missouri – Chad Arment was taken into custody on Saturday morning, April 7, 2018, at the Holiday Inn Express in Kirksville, Missouri, which is located about 25 west of Edina, according to Knox County Sheriff Robert Becker.

The Sheriff received multiple anonymous tips during the search for Arment from concerned citizens. Those tips, and the combined efforts of multiple law enforcement agencies including the Knox County Sheriff’s Office, the Edina Police Department, the Adair County Sheriff’s Office, the Kirksville Police Department and the North Missouri Drug Task Force, led to the arrest.

Arment is being held at the Clark County Jail on a $25,000 cash only bond.

“As a result of the arrest, charges are pending in Adair County,” said Sheriff Robert Becker. “We are grateful to the community, local law enforcement agencies and local news organizations for helping us get the word out.”

Arment was arrested less than 24-hours after an arrest warrant was issued in Knox County.

According to the probable cause statement filed in the case, a search warrant was executed at the residence of Arment and Jared C. Shrouf, 701 East Monticello Street, on Tuesday evening, April 2, 2018.

Some of the items found at the residence include: methamphetamine, methamphetamine cutting agents, scales, baggies, marijuana seeds and drug paraphernalia.

Arment was allegedly distributing meth from his residence, which is within 2,000 feet of three child daycare facilities, while being a registered sex offender.

According to the property owner of the rental home, whose name is not being released, Arment and Shrouf occupied the residence without their express permission. Several attempts to evict the two men were made before police were sought out for help.

A high amount of traffic was observed coming and going from the home at all hours of the day and night, which the owner believed was drug activity.

When an Edina Police Officer arrived to check on the residence, Arment fled from the home.

According to the probable cause statement, he fled from the back door.

A search warrant was obtained to search the residence and the narcotics, and items used in the delivery and distribution of narcotics, were subsequently found.

Arment is currently on probation in another Missouri county. He was sentenced to serve five years of probation in Lafayette County after pleading guilty to three counts of felony forgery in 2015, each carrying a sentence of 15 years in prison.

A warrant for his arrest was issued late Friday afternoon by Knox County Associate Circuit Judge Tom Redington with a $25,000 cash only bond.

The Edina Police Department and the Knox County Sheriff’s Office is investigating the case. 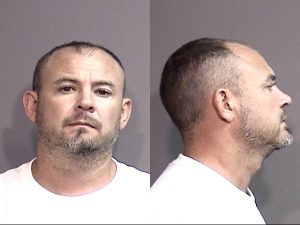 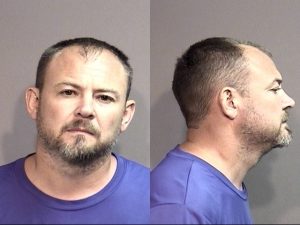