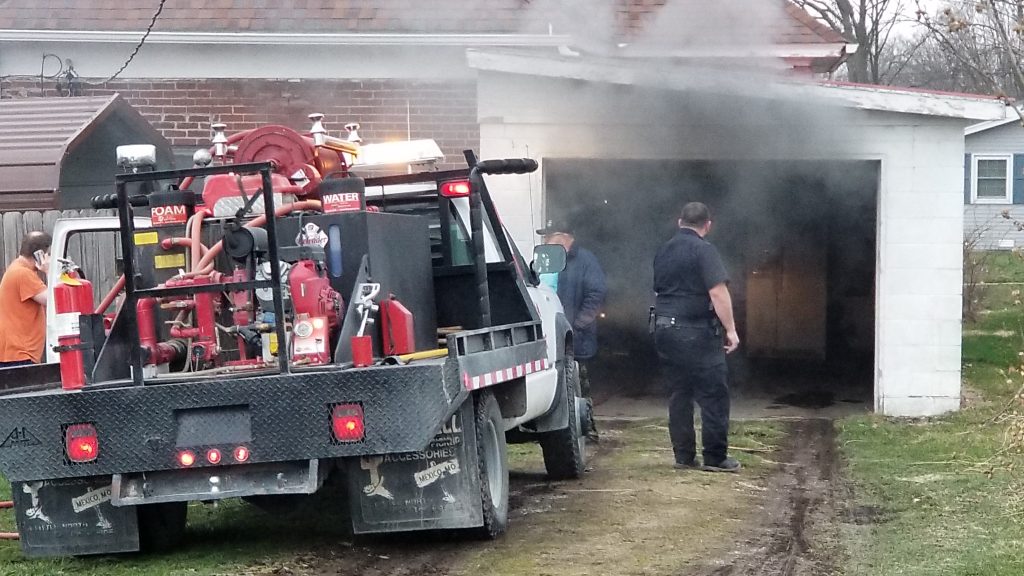 Edina, Missouri – Tuesday, April 10, 2018 – According to a family member of the homeowner, Craig Bowen, the kitchen stove caught fire in the Bowen residence unexpectedly.

Bowen was not using the stove at the time of the fire and heard an explosion in the kitchen while he was in his living room. The Bowen family believes an electrical problem with the stove caused the fire.

A nearby pot of grease was apparently ignited in the kitchen before Bowen evacuated with is pets, two dogs and a cat.

It has been reported the home owner does have insurance.

On arrival, firefighters found the homeowner and his dog safely outside of the home with  another bystander. Black smoke could be seen rolling out of the garage door behind the home, which is located on the 300 block of North Second Street.

According to an official at the scene, it was a grease fire in the kitchen, which was quickly extinguished.

Click here to watch the EVFD respond to the scene of the fire.