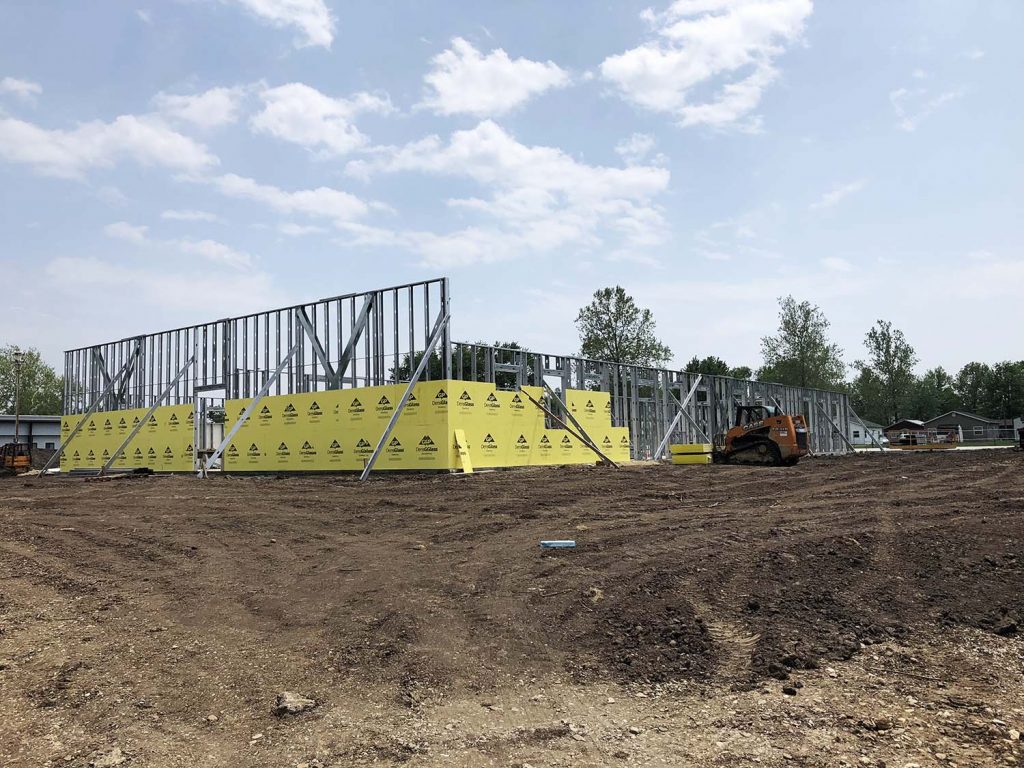 Look for more cement work to be starting around several of Clark County’s schools this summer.

“Opening these bids was the opposite feeling we had when we opened the Indian Pride Learning Center bids,” said Superintendent Dr. Ritchie Kracht.  The construction bids for that project were much higher than expected, causing the new building to be scaled back from its original design.

Overall, the projects from the bond issue are progressing well, with security entrances nearly complete at all buildings except Black Hawk.  That work will take place next summer, after the Indian Pride Center is complete.

Walls are now going up at the Indian Pride Learning Center, with bricklayers scheduled to arrive next week.

At this point, the district expects to finish all the projects promised by the bond issue under the eight million dollar budget by about $219,000.

“We’re in good shape right now,” Kracht said.  “The biggest thing now is the parking lot from the Indian Pride Learning Center, so it’s nice to have a cushion.”

-Accepted the only bid for a Building Trades project.  Kale and Katrina Nixon’s proposal to build a duplex for $5010 inside Kahoka city limits.

-Approved a refundable $20 fee for temporary building access cards issued to members of the public.

“We can know exactly when the cards are used and check the cameras to be sure only the authorized people are using the cards,” said Kracht.

-Approved the use of a summer drivers’ education vehicle from Kahoka Motors at a cost of $300.

-Discussed using 50/50 grant funding to purchase a skid steer for the vocational programs.

-Approved an FFA trip to Washington, DC, in June.