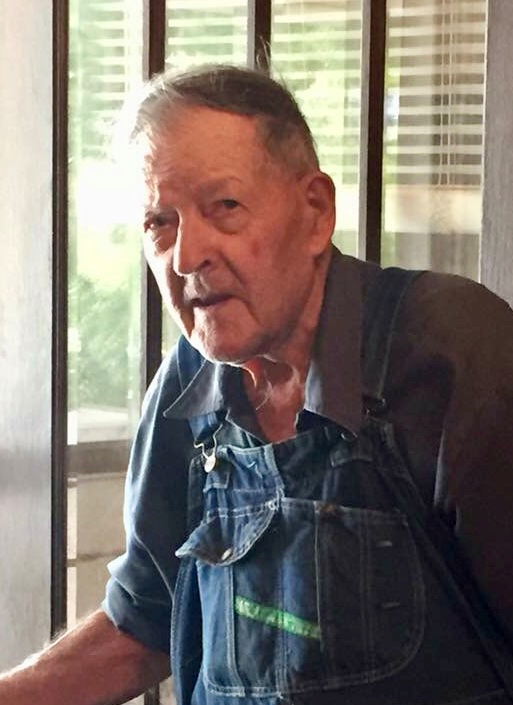 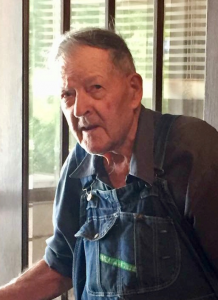 Dorrance Lewis Magruder, 94, passed away on May 29, 2018 at Kirksville Manor Care Center, after a long illness.

He was born in Edina, Missouri, on July 7, 1923, to Dwight and Maurita (Hartsock) Magruder.  He graduated from Brashear High School in 1941 and entered the US Army in January of 1943 during WWII.  Dorrance fought bravely in North Africa and Italy until the end of the war, during which time he received many commendations, including two Bronze Service Stars for participation in the Rome-Arno and Northern Apennines’ campaigns, and received two Purple Hearts for wounds incurred. He was honorably discharged in November of 1945.

After the war, he returned to the Brashear area and on March 17, 1946, he was united in marriage to Lois Leonard. To this union, two children were born, Steven Dorrance and Ralph Edwin Magruder. He was preceded in death by Lois in March of 1983 and never remarried, stating that she was the only women for him. Dorrance farmed all of his life and worked other jobs also, to make ends meet. He was happiest around his family and at his farm, and was an animal lover.

Dorrance was preceded in death by his parents, his wife Lois, his brother Dwight, and his son Ralph Edwin.

In lieu of flowers, the family requests that donations be made to the Adair County Humane Society, Kirksville Manor Care Center, or Hospice of Northeast Missouri.