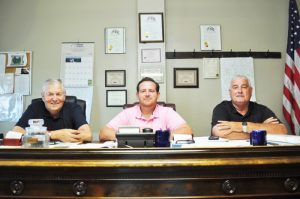 “We’re not one-hundred percent sure (what the next steps are), because the law has changed somewhat. I’m ninety-five percent sure that the Governor makes the appointment,” said Knox County Presiding Commissioner Evan Glasgow. “During the last legislative session, they passed new legislation on that, which changed it a little bit. It hasn’t gone into effect yet. It goes into effect on the twenty-eighth of August – this month. We’re going to talk to our legal council and see how that affects us.”

Eastern District Commissioner Mike Fox, a Northeast Missouri native, was appointed to the commission by former Governor Jay Nixon on February 9, 2015 beating out a pool of tough competition vying for the appointment. He was sworn-in to office the following day.

Fox was elected to continue his service as Eastern District Commissioner by Knox County voters in 2016 and began his term amid a voter supported courthouse improvement project, which he saw through completion. Fox also served through the process of denying and eventually granting assent (approval) to the Ameren Transmission of Illinois Mark Twain Transmission Line project, which is scheduled to begin construction in Knox County in 2018.

Over the last few, years the Commission has unilaterally worked to improve Knox County roads and bridges working diligently to improve them. Fox, who held a leadership position at the Missouri Department of Transportation for 28-years before retiring, played a crucial role in supporting and implementing those improvements.

During his time in office, Fox has been involved in countless boards and committees related to the governance and improvement of the county.

“It was a pleasure to work with him and I appreciate his service to Knox County,” said Glasgow.

“He cares about what’s going on in this county. I can tell you that. He wants the county to thrive. Whenever something needed support he was there. He liked his job,” said Western District Commissioner Roger Parton. 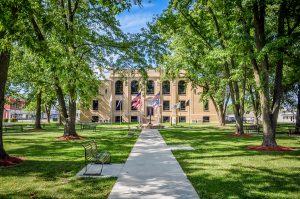