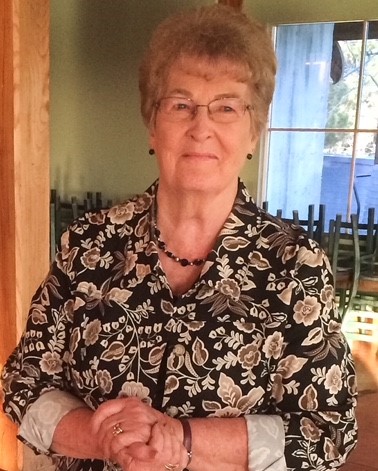 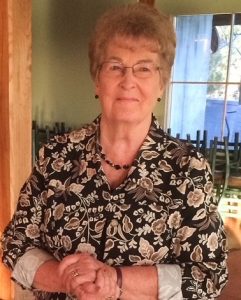 Funeral services will be held Saturday, August 25, 2018, at 2:00 p.m. at First Christian Church in Brookfield with Pastor Mandy Wiedeman and Rev. Steven Pinnell officiating.  Visitation will be Saturday from 12:00 noon until the time of service at the church. Interment will be at the Rothville Cemetery in Rothville.

Memorials to the First Christian Church Memorial Fund may be left at the church or mailed to Wright Funeral Home, P.O. Box 496, Brookfield, MO 64628.

Edith was born April 6, 1936, at the family home north of Bucklin to Erick Stanley Hanson and Felice Violette (Carter) Hanson. On June 19, 1955, she married William (Bill) Hamilton Gordon in Brookfield. They celebrated 63 years of marriage this summer, and he survives of the home.

She attended Rothville School, then Northwestern of Mendon, graduating in 1954. She began college at the University of Missouri, Columbia, and later returned to finish her elementary education degree, graduating in 1974 at Central Methodist College in Fayette. She was employed a short time at Greenlease Cadillac Car Co., the Coast to Coast Store in Salisbury for several years, and taught elementary school for 25 years in the Westran, Lewis Co. C-1, Bowling Green, and Rich Hill school districts. She continued to substitute teach (following her retirement) for the Marceline, Northwestern, and Brookfield school districts. She particularly enjoyed teaching third grade.

Edith was a 51-year member of Beta Sigma Phi sorority, serving as an officer numerous times. She served on a number of school committees, was a PTA member, a Booster Club member in several school districts, and was currently a member of the First Christian Church of Brookfield. She sang in the choir, served as an Elder, a deacon, past president of Christian Women’s Fellowship, and served on several other church committees. She was a member of the Rothville Cemetery Board and a former member of Christian Women’s Club. She enjoyed reading, music, quilting, playing cards and dominoes, talking and texting with friends and family, and was a cheerleader for her whole family.

Edith was preceded in death by her parents; one brother, David Hanson; three sisters-in-law, two brothers-in-law, and one great niece.