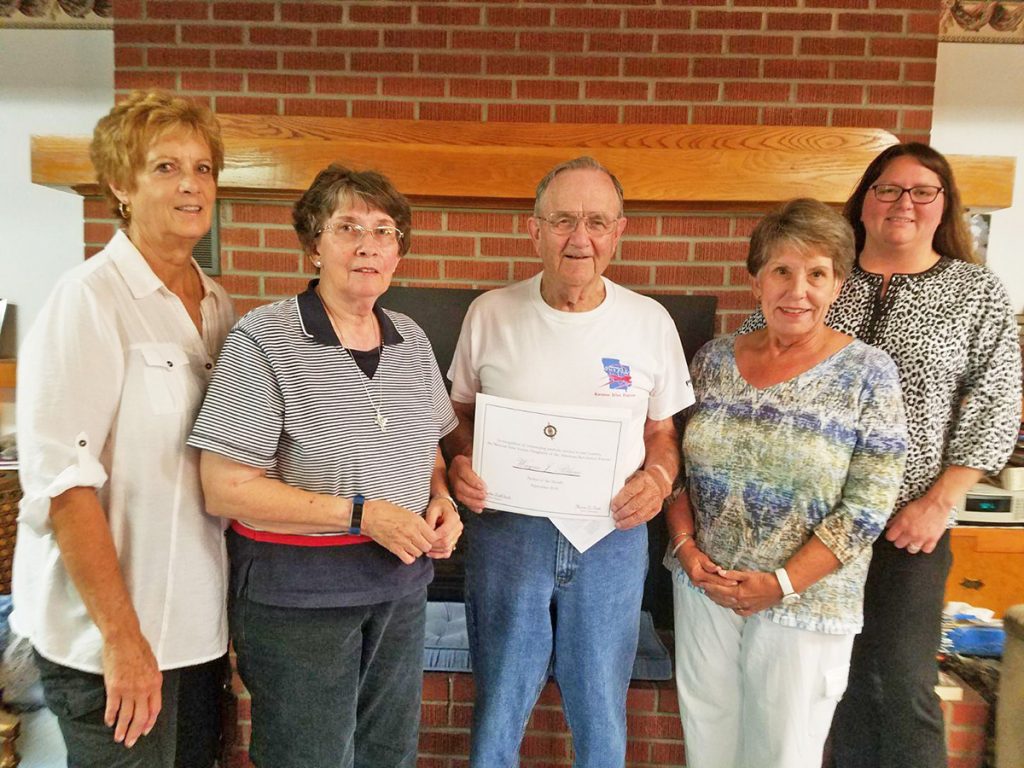 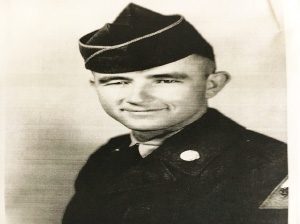 Mr. Wayne Blum was inducted into the United States Army at St. Louis, MO in September 1955. After completing basic training at Ft. Leonard Wood, MO and advanced basic training at Ft. Dix, NJ he was assigned to the motor pool at Ft. Riley, KS. He was released from active duty at Ft. Dix in June 1957. He received the Good Conduct Medal during his service.

Mr. Blum has served his community in numerous ways. He spent 55 years as a funeral director, served as mayor and county commissioner and is involved in church activities including leadership roles and participating in the choir. He has served on local and state committees including the ambulance board, nursing home board and the University of Missouri Extension service.

Mr. Blum has been married to his wife, Dixie, for 61 years. They have one daughter, two grandchildren and five great-grandchildren. Clark County Daughters are very proud to honor and recognize Wayne Blum as Patriot of the Month for his dedication, patriotism and service to our great nation. Mr. Blum was one of four selected to be the Patriot of the Month for September 2018. 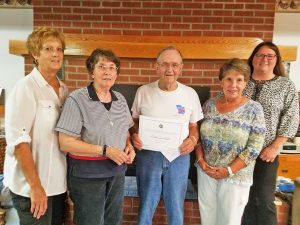 To read the other military veterans selected articles visit the website: http://mssdar.org/patriots-of-the-month/