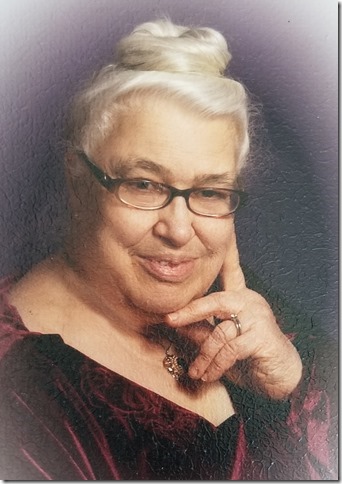 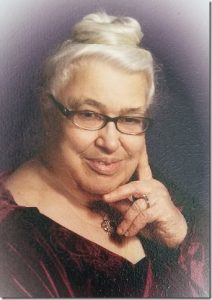 BARBARA PATRICIA SWAN
Barbara Patricia Swan, age 83, of Kahoka, MO, died Saturday, September 15, 2018 at her home.
Barbara was born October 31, 1934 in Omaha, NE, a daughter of Foster and Edna Schee Try.
On June 17, 1956 she was united in marriage to Myron L. Swan in Des Moines, IA.
Survivors include her husband, Myron, of Revere; three sons, Russell (Lori) Swan of Nashville, TN, David Swan of Revere, MO and Peter (Deb) Swan of Mason City, IA; one
daughter, Christine (Glenn)Van Buren of Osceola, IA; four grandchildren, Brittany (Keegan) Taube of Marion, IA, Amanda Chinchilla of Des Moines, IA and Joseph and Rebecca VanBuren of Osceola, IA; nine great-grandchildren; a brother, Ron D. (Linda) Paul of Williamsburg, VA; as well as other relatives.
She was preceded in death by her parents and in-laws.
Barbara graduated from high school in Joliet, IL and received a music degree from Drake University and further study in writing at the University of Iowa.
She and Myron purchased their first home in Baxter, IA.  While there, Barbara correlated the writing of five women’s information into a published book about the history of Baxter.  She took this responsibility seriously and was blessed with the ability to write so not to personally offend the living or those who had already gone to Jesus, at the same time being factual in the history.
She was a marvelous, accomplished organist.  She served as associate organist at the Emmanuel Lutheran Church and assistant organist at the Disciples of Christ Church, both in Osceola.  Believing this money belonged to the Lord, Barbara supported various missions from those salaried positions.
She and Myron both retired from the Des Moines School District where Myron was in administration and Barbara was the hired accompanist for the entire Des Moines School District.
They retired to Missouri and built their home on land which had been in Barbara’s family.  She was able to pass away there with the love and assistance from her husband and son, Dave.
Barbara and Myron always endeavored to serve God in whatever they were involved in.
She stood up for what she believed, always using wisdom from God and giving Him the glory.
She was a member of Living Waters Assembly of God Church in Keokuk and she and Myron were team leaders of the “Reach Ministry” of the church whose purpose was to reach outside of the church walls as a mission to others.  When she was physically able, Barbara selected the hymns to be used in the ministry whose current mission is River Hills in Keokuk and the Clark Co. Nursing Home in Kahoka.
It was important to Barbara to “pray about it before you say it” in order that she would use the right words in a way that honored and served Him..  She would want her celebration of life and memory to show forth the Glory of Jesus Christ.
Funeral services celebrating her life  were held Wednesday, September 19, 2018 at 11:00 a.m. at the Living Waters Assembly of God Church in Keokuk, IA, with Pastor Larry Wallingford officiating.  Mrs. Carolyn Brewer was pianist.  Special music “Near to the Heart of God” was sang by Brent Gatton, Tracy Gatton, Patty Wallingford and Myron Swan.  Additional music was congregational hymns “We Believe” and “Amazing Grace”.
Honorary Pallbearers were John Pollitt, Miles Brewer, Ron Farrell and Robert Wallingford.
Pallbearers were Tim Tillman, Ron Payne, John Welsh, Jim Wilsey, Brent Gatton and Dave Swan.
Visitation was held from 10 a.m. Wednesday until services at 11:00 a.m. at the Living Waters Church.
Burial was Wednesday at 1:30 p.m. in Anson Cemetery, Anson, MO.
Memorials were suggested to the Living Waters Assembly of God, Keokuk.
On-line condolences may be expressed at www.wilsonfuneralservice.com.
Posted in AREA OBITUARIES