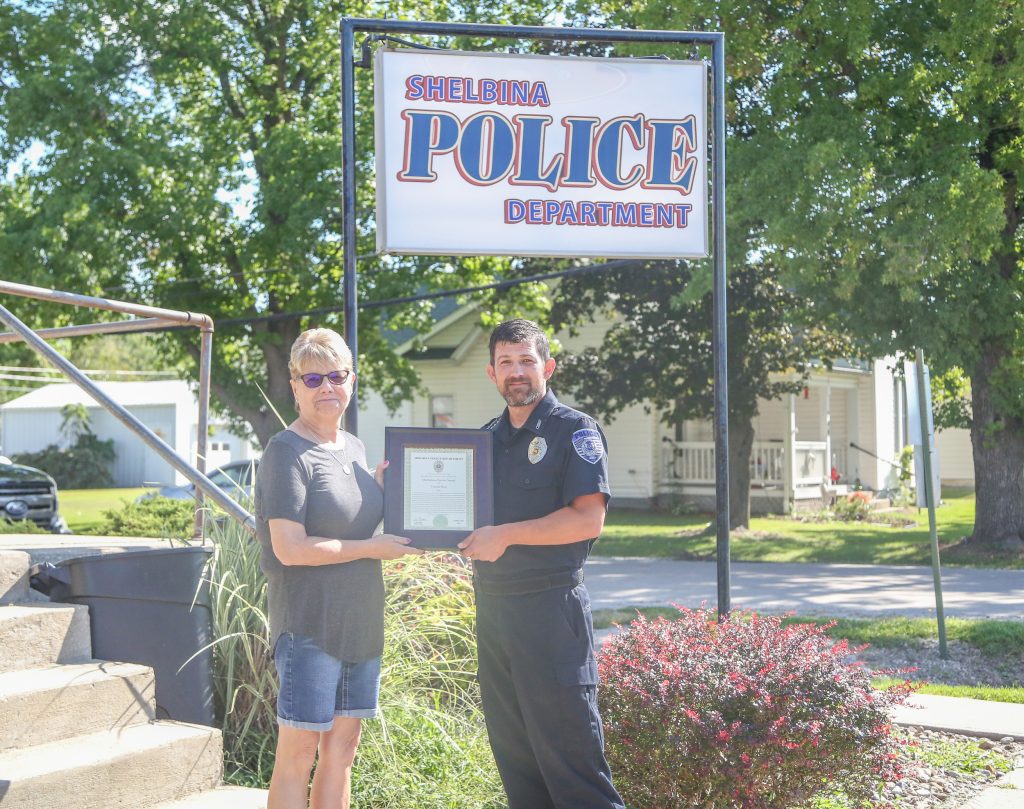 The certified stated impart, “During her career she served as jailer, Deputy Sheriff, and lead dispatcher. Her unwavering devotion to duty distinguished her from other communication personnel. She has always strived to be the excellent dispatcher and has set the standard for others to follow. Throughout her career, she has been the lifeline for those of the frontline. Vanessa has assisted in the apprehension and arrest of thousands of criminals. Her love for the community and devotion to Shelby County has truly saved an untold number of lives. Often undercompensated and unappreciated, she remained loyal to our values and continued to protect law enforcement, firefighters, and ambulance personnel.”

Fenton said, “We wanted to recognize her for the many years of service to the community and also for her service to the police department as a dispatcher and jailer.”

“She would often go out of her way and go above and beyond to assist us or help us in different aspects of our job, whether it would be investigations or information. She was always willing to help.”

“We just wanted to thank her and recognize her for everything she has done.”

Benn was thankful to be honored for her service.

“It’s very heartwarming. I am very proud I could serve the Shelby County Sheriff’s Department and the Shelbina Police Department. I don’t have enough words, I really do appreciate it.”

“I’ve enjoyed working with Jerry for many years and the rest of the police department and the Sheriff’s Department,” said Benn.