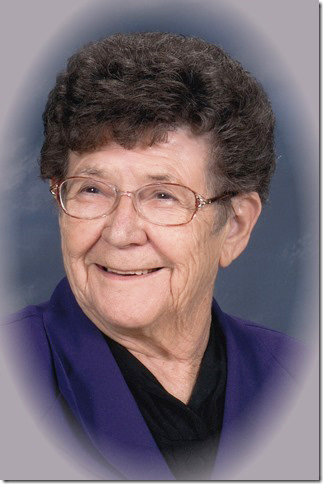 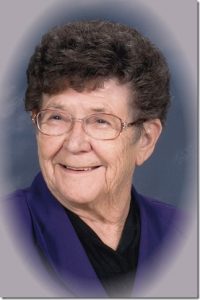 Betty was born October 28, 1932 in Derrahs, MO, a daughter of Elmer and Viola Marks Spurgeon.

She married Allen R. Kleine and they were the parents of five children: Kay, Karen, Nancy, Keith, and Hank.  They divorced and she later married Lee Van Winkle.  He preceded her in death.

She was preceded in death by her parents; her husband; and three brothers: Calvin, George and Cecil Spurgeon.

Betty attended school at St. Patrick.  She had a full and busy life and worked hard as a single mother raising her five children while running her farm and working various jobs in order to support them.  She was very proud of them and happiest whenever spending time with them and her grandchildren.  She attended every function they were involved in as her time and health would allow.    She was a “cheer leader” for all of them and received the honor of “Fan of the Year” when her granddaughter, Carrie, was coaching at Canton.

In her life, Betty cooked for several restaurants in Clark, Lewis and Scotland Counties.  She owned the bowling alley in Kahoka for a period of time and then the liquor store.  She was well-known for her cooking and especially her tenderloins and chicken.  She recently taught “Big Ed McAfee” how to fry chicken for his restaurant and made many pies for several restaurants.  She was a Sr. Regent of the Women of the Moose and cooked many meals there and at their tent at the Clark Co. Fair.   She also helped cook many fund raisers at the V. F. W. and was an auxiliary member.

Betty could be described as “fun”, “feisty” and “loving”.  She had an unconditional love that knew no boundaries.  She loved to dance, she loved more than anything being with her family, and she was an avid fan of the St. Louis Cardinals.  She had attended games at all three of their stadiums and celebrated her 79th birthday on the day the Cardinals won the 2011 World Series.

The most important thing about Betty was her faith.  She loved her pastor, Shawn, and her church home, Peaksville Christian Church.  In Betty’s busy life, she always found time to put her faith in action.

Funeral services were held Monday, October 8, 2018 at 10:00 a.m. at Wilson Funeral Home in Kahoka with Mrs. Lou Hesse providing words of comfort.  Special music was ‘How Great Thou Art’’ sang by Mrs. Lou Hesse, and recordings “The Old Rugged Cross”, “Go Now in Peace”, and “Yellow Rose of Texas”.

Burial was private in the Keokuk National Cemetery

Visitation was held at Wilson Funeral Home after noon on Sunday with family receiving friends from 4-6 p.m.

Memorials were suggested to the Peaksville Christian Church of the Clark Co. Nutrition Site.