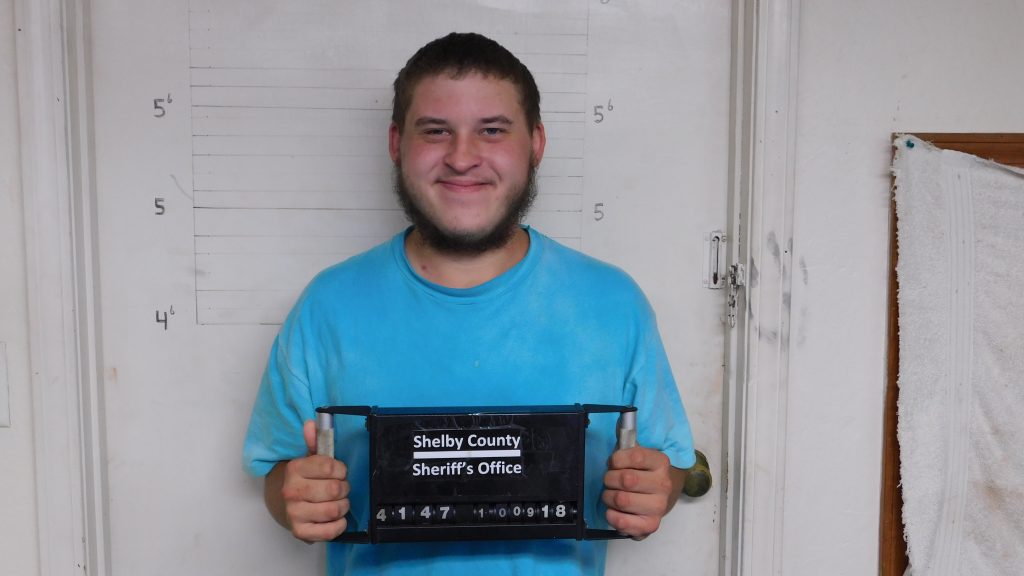 A Clarence man faces multiple charges in Shelby and Monroe County, after taking law enforcement on a chase.

According to the probable cause statements written by Shelby County Sheriff’s Deputy Chris Ehrenreich, and filed in Shelby and Monroe counties, on Friday, October 5, at 8:30 p.m., a traffic enforcement stop was attempted by the Clarence Police Department, on a black Lincoln Town car, driven by Joel M. Huffman, 21, Clarence, who failed to yield to CPD on Highway TT, southeast of Clarence.

The Lincoln was intercepted by the Shelby County Sheriff’s Deputy at Highway TT and Shelby 418, where it continued southbound on Highway TT from Shelby 418 still not yielding and reaching speeds of 100-110 mph.

Huffman continued southbound on Highway TT, and failed to drive on the right half of the roadway by crossing the middle of the roadway into the northbound lane several times.

Ehrenreich wrote, “The vehicle continued in a careless and imprudent manner by swerving back and forth between southbound and northbound lanes, in order to prevent Law Enforcement from passing when the attempt was made.”

Huffman then continued into Monroe County on County Road 119 still failing to yield for several miles, until Huffman turned a corner on 119 and ran off the roadway hitting an embankment.

Deputy Ehrenreich made the following statements in the probable cause statement filed in Monroe County: “As the vehicle was attempting to back out of the embankment, I went around in front of it with my patrol car at an angle in an attempt to cut it off and prevent it from continuing.

Huffman was ordered out of the vehicle and taken to the Shelby County Sheriff’s Office where he was placed on a 24 hour hold pending charges.

Monroe County Sheriff David Hoffman said, “My deputies were responding, but had not made it to the scene yet when they had him in custody.”

Huffman is charged with four counts in Shelby County, Count 1, resisting or interfering with arrest/detention/stop, Count 2, exceeded posted speed limit (26mph or more), Count 3, failed to drive on right half of roadway, and Count 4, operated a motor vehicle in a careless and imprudent manner. Huffman is charged with two counts in Monroe County, Count 1, assault of a law enforcement officer 2nd degree and Count 2, resisting/interfering with arrest, which is a felony.

Huffman is still in custody and is being held on a $5,000 cash only bond for Shelby County.

Hoffman said, “Huffman is being held on a $50,000 cash only bond for 2nd degree assault of a law enforcement officer which is a B Felony.”

Defendants are presumed innocent unless proven guilty in court.