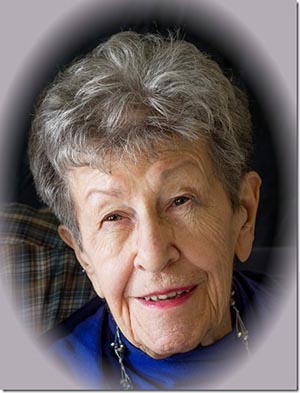 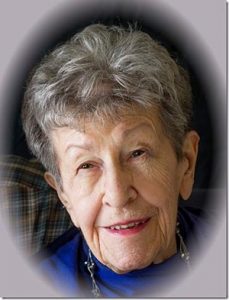 Celesta was born June 1, 1929 near Antioch, MO, a daughter of Billie and Freda Kutcher Ball.

She was united in marriage to Harold V. Gares on October 25, 1947 in the old Methodist Church in Kahoka.   They would have celebrated 71 years of marriage in two weeks.

She was preceded in death by her parents; a son, Harlan Gares; a brother, Edwin (Joan)  Ball; brothers and sisters-in-law: Cecil and Velda Zollars, Lola J. Gares, and Hilbert Gares.

She taught in rural Clark County at Lincoln College and Enterprise Schools.  She went to work for the ASCS in 1956, retiring in 1992.  She held a lot of offices in the State of Missouri and as a delegate, attending many national conventions representing Clark County as well.  She and Harold enjoyed this time together traveling and gathering with friends made throughout the United States.

Celesta was an active member of the Kahoka United Methodist Church, serving various offices in the church and in the conference and always faithfully helping out in whatever capacity she could.   She had served on the Clark Co. Nursing Home Board of Directors and was also a member of the Kahoka Tuesday Club.

Funeral services were held Sunday, October 14, 2018 at 1:30 p.m. at the Kahoka United Methodist Church with Pastor Barb Hagerla officiating.  Judith Roddy was pianist and congregational hymns were “Precious Lord, Take My Hand” and “Here I Am, Lord”.

Visitation was held  at Wilson Funeral Home in Kahoka after noon on Saturday with family receiving friends from 5-7 p.m.

Memorials in lieu of flowers weCelesta Garesre suggested to the Clark Co. Nursing Home or the Kahoka United Methodist Church.

Arrangements are pending at the Vigen Memorial Home in Kahoka.