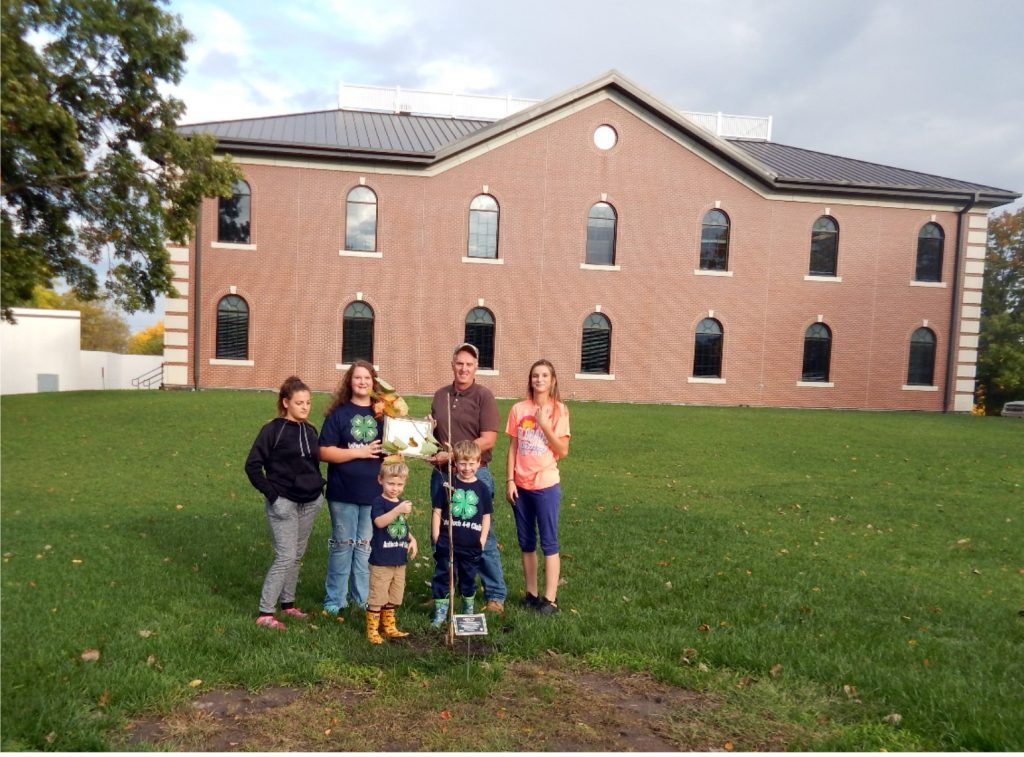 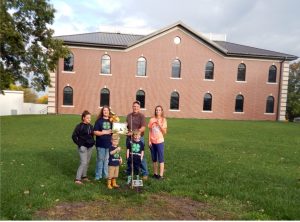 On October 9th, a few Clark County 4-H members dodged the rain to plant a Liberty Tree on the west side of the Clark County Courthouse lawn. The original Liberty Tree was a famous elm tree that stood near Boston Common during the Revolutionary era. In 1765, the Sons of Liberty, a group of American colonists, staged the first act of defiance against British rule under the tree. This spawned the resistance that eventually led to the American Revolutionary War. During the war, several other towns designated their own Liberty Trees as support for the resistance spread throughout the colonies. These Liberty Trees became symbols of American independence.

The last original Liberty Tree, a Tulip Poplar, stood on the grounds of St. John’s College in Annapolis, Md. until 1999 when it died during Hurricane Floyd. Prior to its death, 14 seedlings were successfully germinated from the tree through a project spearheaded by the nonprofit conservation organization American Forests. The seedlings were planted throughout the original 13 colonies.

In order to further preserve the legacy of the Liberty Trees, a bud-grafting program was launched, through which several bud-grafted trees were grown. Thanks to the generosity of Crader Distributing and local STIHL dealers, 15 of these bud-grafted trees have been donated to Missouri 4-H clubs to be planted in public spaces throughout Missouri during the 2018 National 4-H Week.  The trees are 4-foot Tulip Poplar seedlings.

Clark County 4-H members presented the tree and the certificate of authenticity to Clark County and Presiding Clark County Commissioner Buddy Kattelmann was on hand to receive the patriotic donation.  A special thanks to 4-H Volunteers Michelle Hess and Jim Bash who helped with applying for and planting the tree and all of the parents who helped 4-Hers be present for the planting.