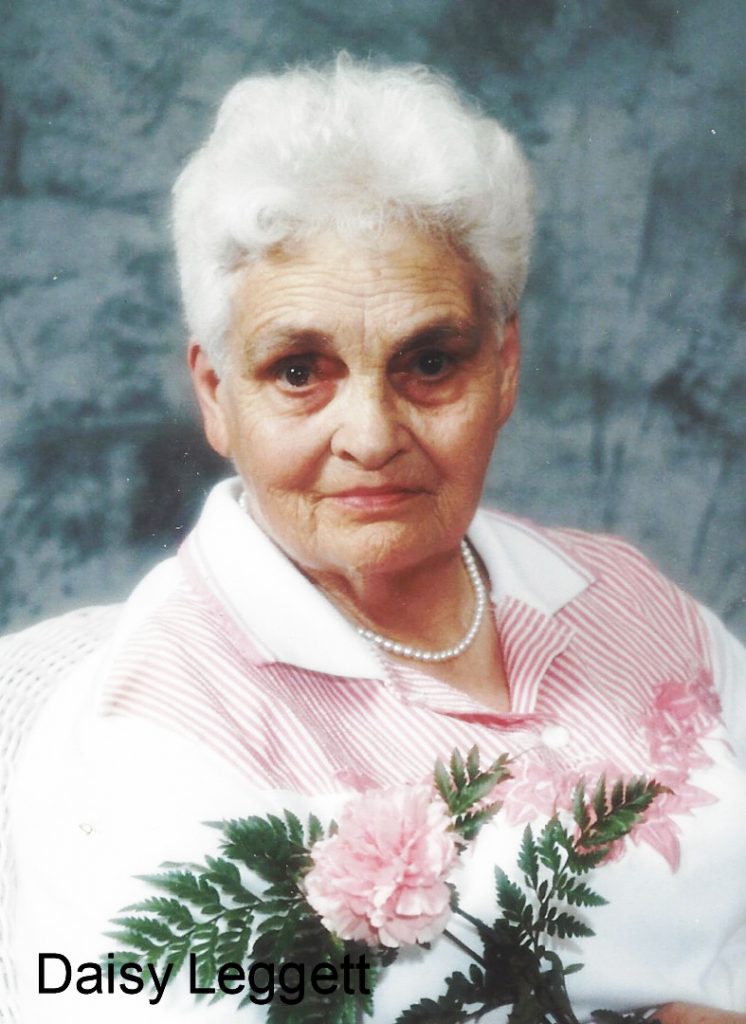 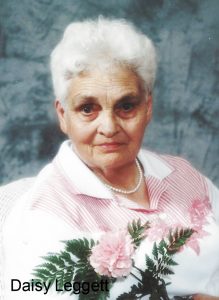 She was born on November 7, 1922 in Clark County Missouri, the daughter of Judson and Laura B. Kay Garrett.

She had owned and operated the West End Market in Keokuk and had also worked as a private duty caretaker at Graham Hospital in Keokuk.

She was a faithful member of the Calvary Foursquare Church in Keokuk.

Daisy loved to cook and work on jigsaw puzzles.  Her greatest joy was spending time with her family and friends.  She enjoyed sitting on her porch and talking with friends and neighbors.

She was preceded in death by her son, Johnny Leggett, three brothers, Bob, Jack and Bill Garrett and two sisters, Betty Burgess and Hilda Ruth Cooper.

Funeral services will be held at 11 a.m. Friday at Vigen Memorial Home in Keokuk with Pastor Dan Davis officiating.  Burial will be at a later date in Oakland Cemetery in Keokuk.

Visitation will be held on Friday from 10 am – 11 am at the Vigen Memorial Home in Keokuk.

Memorials may be made to the Calvary Foursquare Church in Keokuk.