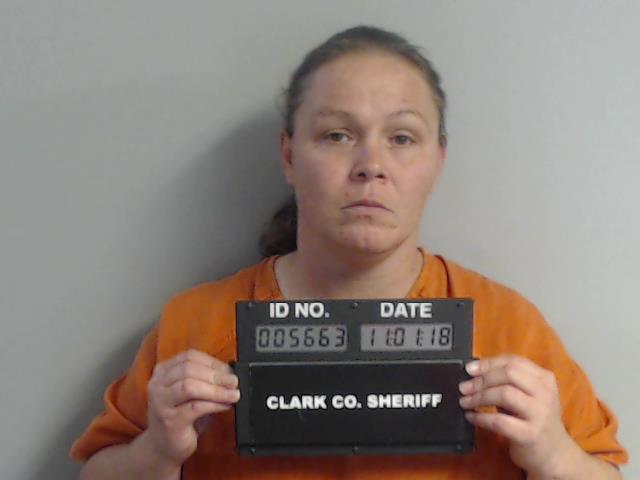 Clark County, MO – November 1, 2018 – The Clark County R-1 School District has released a statement following the arrest of Amanda Joy Miller, 38, of Kahoka, MO for allegedly making a terroristic threat at the district.

According to Sheriff’ Webster, Miller was placed under arrest at 9:55 a.m. at the Clark County Sheriff’s Office. She was a janitor at the district.

Miller’s name was not included in the statement from the school district, however, the statement reported, “The individual who has been placed on a 24-hour hold is no longer an employee of the district.”

The statement was released hours after Sheriff Webster released information about arresting Miller for allegedly making the threat, which led to the cancellation of classes on October 25.

“As I am sure you understand, school districts cannot provide personally identifiable information about the conduct of individual employees. However, I can provide some limited information,” said CCR-1 Superintendent Dr. Ritchie Kracht in the statement.

Miller was arrested at 9:55 a.m. and booked into the Clark County Detention Center. She is in the process of being charged with making a terrorist threat in the first degree. She is being held on a 24-hour hold, pending formal charges.

“I want to thank the Clark County School District for their cooperation and help during this investigation,” said Clark County Sheriff Shawn Webster.

The following statement was released by Clark County R-1 School District Superintendent Dr. Ritchie Kracht one day prior to the arrest:

The school has turned over numerous items of evidence to the Clark County Sheriff’s department. The video surveillance system and the new card reader system on the exterior doors have allowed law enforcement to know who entered the restroom and who was in the building in the hours and the day/night before the threat was discovered. Law enforcement has some good leads they are working on. From the information we have, law enforcement and school officials do not believe students are in any danger from the threat. We hope to release more information soon but are limited right now due to the ongoing investigation and privacy laws.

(Editor’s Note: This story has been corrected and updated to reflect the charge as pending. The original story stated she had already been charged. Update posted at 12:12 p.m. Thursday, November 1, 2018)