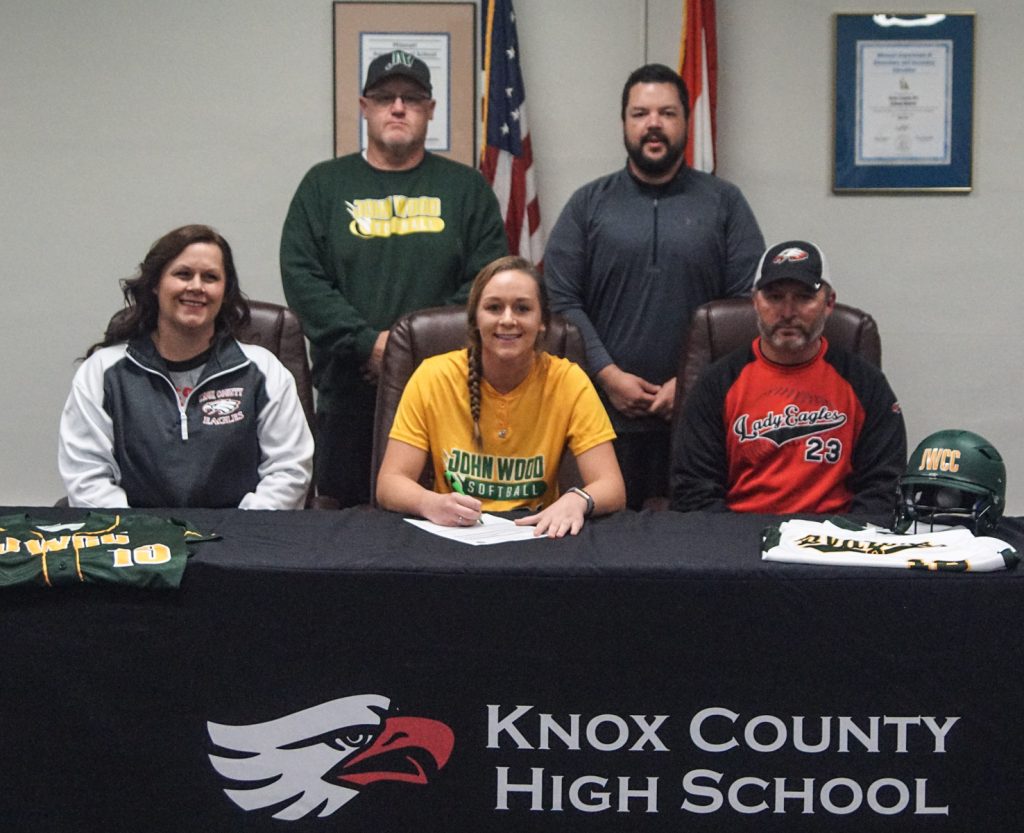 “She wasn’t a fully formed player,” Zach Short said. “I don’t think she is yet. I will be excited to see the growth in these next two years at John Wood, then where she ends up for her final two years.”

“She is just tapping into what she can do as a softball player,” Coach Short said. Tadym Mason was a four year starter for Knox County softball. Mason played the outfield at the beginning of her career. She will follow Knox County all state shortstop Madison McCabe, who is scheduled to graduate from John Wood CC after the 2019 college softball season.

Trail Blazer coach Merle Jones told the Edina Sentinel that he likes to recruit high school shortstops. They are often the best all-around athletes on the field. “When I took the job at John Wood, I promised myself that I was going to take players from winning programs,” Merle Jones said.

“When you get third in the state, you are from a winning program. I like the small town work ethic. Being brought up right. The willingness to do whatever it takes to make yourself better,” Coach Jones said.

“It comes back to building the program at John Wood,” Merle Jones said. “I have been around softball enough to know that you win with good players. Within a 50 or 75 mile range, there are a lot of good players”

“I can keep a lot of them at home, we will have a pretty good team. If you are keeping score, if we can get three or four first team all staters, a second team all stater and we are beating good school out for these kids.”

“It’s very important to me,” Tadym Mason told the Edina Sentinel. “I feel like this is definitely a dream come true. To go to college and play softball.”

Tadym Mason helped propel Knox County into the final four when she answered a challenge from Meadville in the state quarterfinals, drilling a pitch over the fence after Katie Hamlin was walked intentionally in front of her.

“I feel like bating in the four hole this year was important to my team and myself,” Tadym Mason said. “It made me feel I was a good hitter and I had to step up to the plate and do big things for my team.”

“I’m just very thankful for this experience,” Tadym Mason said. “Signing was something that was really important to me.”

“Therefore, we must be doing something right. I like to collect shortstops. Shortstops can play anywhere on the field,” Merle Jones said. “Her bat will find a spot in the lineup. We are getting a very good kid from a good family and a good school.”