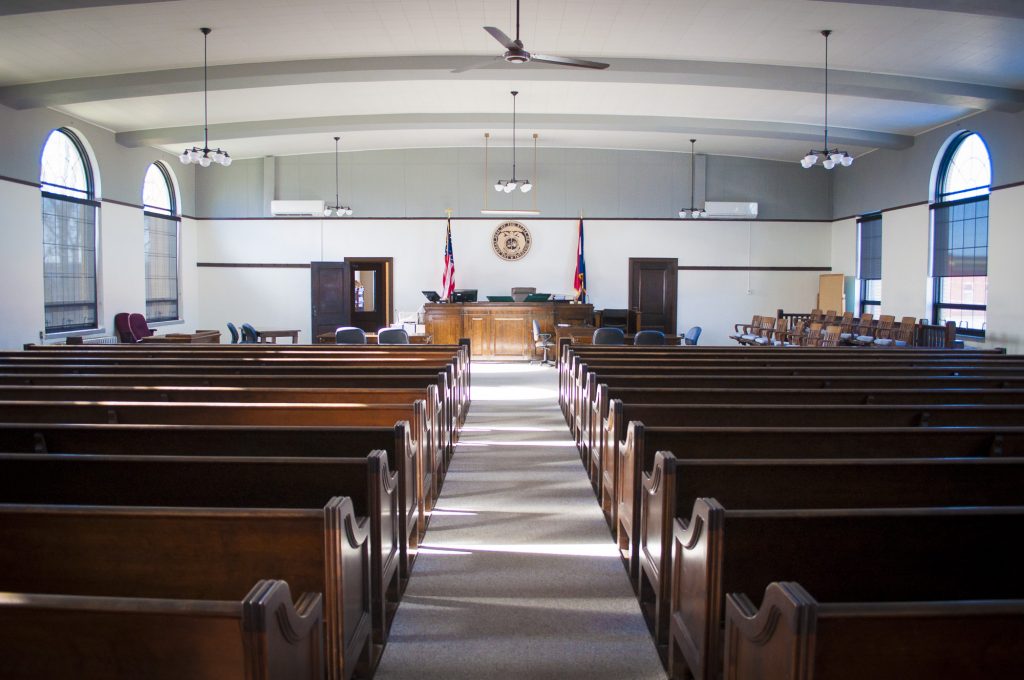 Edina, MO – December 7, 2018 – A parent of a victim wept after learning the outcome of court proceedings in Knox County Juvenile Court earlier today.

It has been reported to The Edina Sentinel three juvenile defendants each pleaded guilty to a lesser misdemeanor harassment charge in Knox County Juvenile Court on Friday morning, December 7, 2018. Second Circuit Judge Russell E. Steele presided over the case.

The juveniles were sentenced to one year of probation, 50 hours of community service, they must maintain good grades, meet with a psychiatrist and write a letter of apology to the victims.

This information was shared with The Edina Sentinel by a source with knowledge of the case and confirmed by April Wilson, an attorney representing more than one victim in the case.

The Edina Sentinel previously reported allegations that children on the younger team were restrained by children on the older team while the older players poked objects, a metal rod, a pipe and a large bolt, at, onto and into their rectums.

The three juveniles were formally charged with Class E felony harassment in the days following the arrests, which was divulged to the press by Knox County Sheriff Robert Becker.

Members of the press representing The Edina Sentinel and the Columbia Missourian were expecting to be allowed to attend today’s juvenile hearing but were told by court officials the case is closed to the public before the hearing began.

According to the Knox County Circuit Clerk, the court documents pertaining to the case are also closed to the public and will never be released.

If the juveniles had been convicted of a felony offense, the dispositional court records would have been open to the public.

A parent of a victim in the case spoke with The Edina Sentinel and Columbia Missourian after learning the outcome of the case.

“I’m outraged. My biggest concern is that they will be allowed back into Knox County school – where the victims are,” said the parent. “I hope the school administration and the school board will stand by their victims and give them time to heal longer than a year or more.”

Attorney April Wilson told the Missourian and The Edina Sentinel, in a series of emails following the hearing, the perpetrators have appealed the Knox County R-1 School District’s decision to suspend the juvenile perpetrators and the appeal is pending. The appeal is scheduled for a hearing before the Knox County R-1 School Board on Monday, December 17.

“It will be devastating, if they are allowed to return, for the victims. I know my clients would have liked to see a much more structured punishment that had some type of a real consequence. I think it would have been appropriate to have more restrictions placed on the perpetrators given the severity of the acts. I think a curfew, no contact with victims, psychological evaluation and follow its recommendations would have been appropriate. I don’t think it would be appropriate for them to return to the same school and have to ask the question – if the victim had been female, would the response have been the same? This is not just hazing or harassment. This was a violation and assault of these victims. It makes the future steps for the victims very uncertain and puts them in the situation to be further victimization by the perpetrators if they are allowed contact with them.,” said Attorney April Wilson.

“It sure opened my eyes to a lot of things that could happen in this community. I never thought anything like this would happen in our area,” said the parent of a victim. “I don’t know. I don’t know how to tell him they got off this easy.”