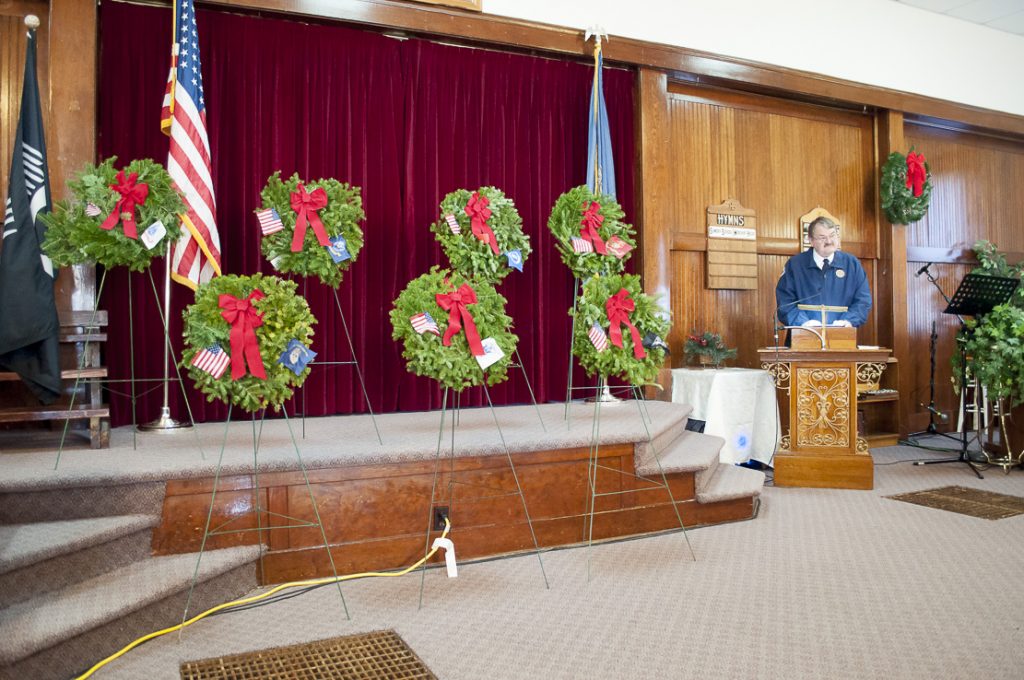 The third annual Wreaths Across America Ceremony to be held in Novelty, MO, took place in conjunction with 1,100-1,400 ceremonies like it across the United States and beyond.

The massive volunteer driven effort placed over 1.5 million wreaths on the gravesides of veterans in 2017.

This year in Novelty, 285 wreaths were distributed to be laid not only at the Novelty Cemetery, but on veterans’ gravesides throughout Knox and surrounding counties.

Volunteers from the Novelty Senior Center have taken on the project and successfully brought it to fruition every December since 2016 raising funds throughout the year and taking orders for wreaths as early as spring and summer. Local citizens, businesses, clubs, churches and community driven organizations have contributed greatly to the project to help lay wreaths on remembered and forgotten veterans from the Revolutionary War to present day.

This year the national Wreaths Across America theme is “Be Their Witness” with a emphasis on teaching younger generations the importance of remembering fallen soldiers and veterans throughout American history.

“Through the Wreaths Across America program, we are ensuring that the lives of our men and women in uniform are remembered, not their deaths. It is our responsibility as Americans, to be their witness and to share their stories of service and sacrifice with the next generation,” Wreaths Across America organization posted on their official website.

In Novelty, local veterans and volunteers worked together to bring the ceremony to life. The ceremony was opened by Judy Rhoades. Ed Anderson functioned as the master of ceremony. Kim Henry sang the “National Anthem” beautifully. Ceremonial wreaths were laid by veterans representing every branch of the military. The ceremony concluded after a Rifle Salute the playing of “TAPS” by the Knox County Honor Guard and Debbie Peters respectively.

Video of the Novelty ceremony is included below.